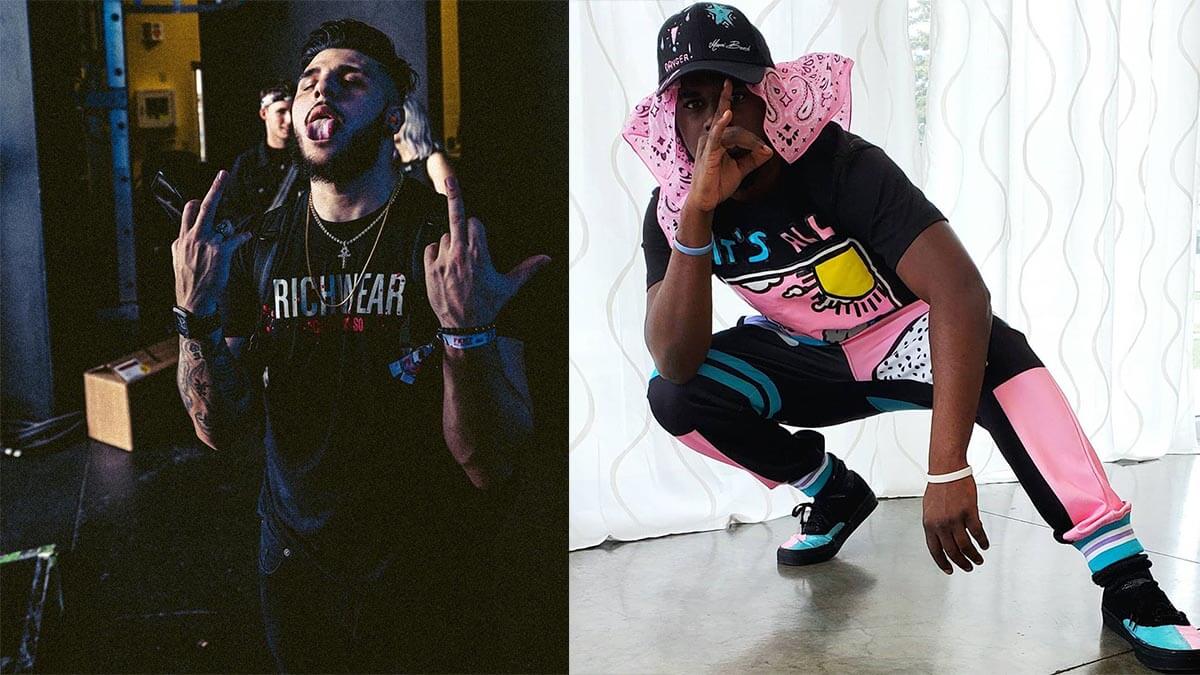 MADRECKLESS gives us a bass-heavy trap track on his new single “Tear Drops”, dropping on Motion Projects. He brings on JXVE to provide the smooth vocals that are paired with a statically-charged bass drop. It will be sure to get your head nodding as it brings a hefty weight to the track.

They also gave us the gift of the music video dropping as well, serving as a Miami-infused visual portal into the song’s lyrics.

It shows both JXVE and MADRECKLESS vibin’ in Miami, with some trippy edits to complement the sound.

Formerly known as THROWDOWN, MADRECKLESS brings the perfect balance of ear-ringing bass to a dark-sounding track with a lot of depth.

Gian aka MADRECKLESS made the switch over from his former dubstep alias THROWDOWN officially this January. With the change, he noted he would still deliver the filthy dubstep we loved from his former project. Secondly, with this change in name he also allowed himself to explore other Latin & trap influences that he had been sitting on for awhile. “Tear Drops” is a perfect example of his newer, trap-influenced sound, and he does an incredible job of balancing it with his dubstep roots.

This territory was new for JXVE, however, as “Tear Drops” is his debut in the EDM world. He’s incredibly suited to the genre & we hope he’ll be dropping more vocals for trap tracks in the future. He delivers the perfect sound to really make this a recognizable trap banger. Check out the track below, and catch MADRECKLESS on the Save the Scene Festival stream, happening now through April 20th.

And if you’re looking for a solid playlist to follow? Keep up with our weekly Spotify Playlist, Fresh Hunts. Whether it’s the newest drops from Emancipator and all your other favorite artists, some old school, or underground—we just want you to hear it.