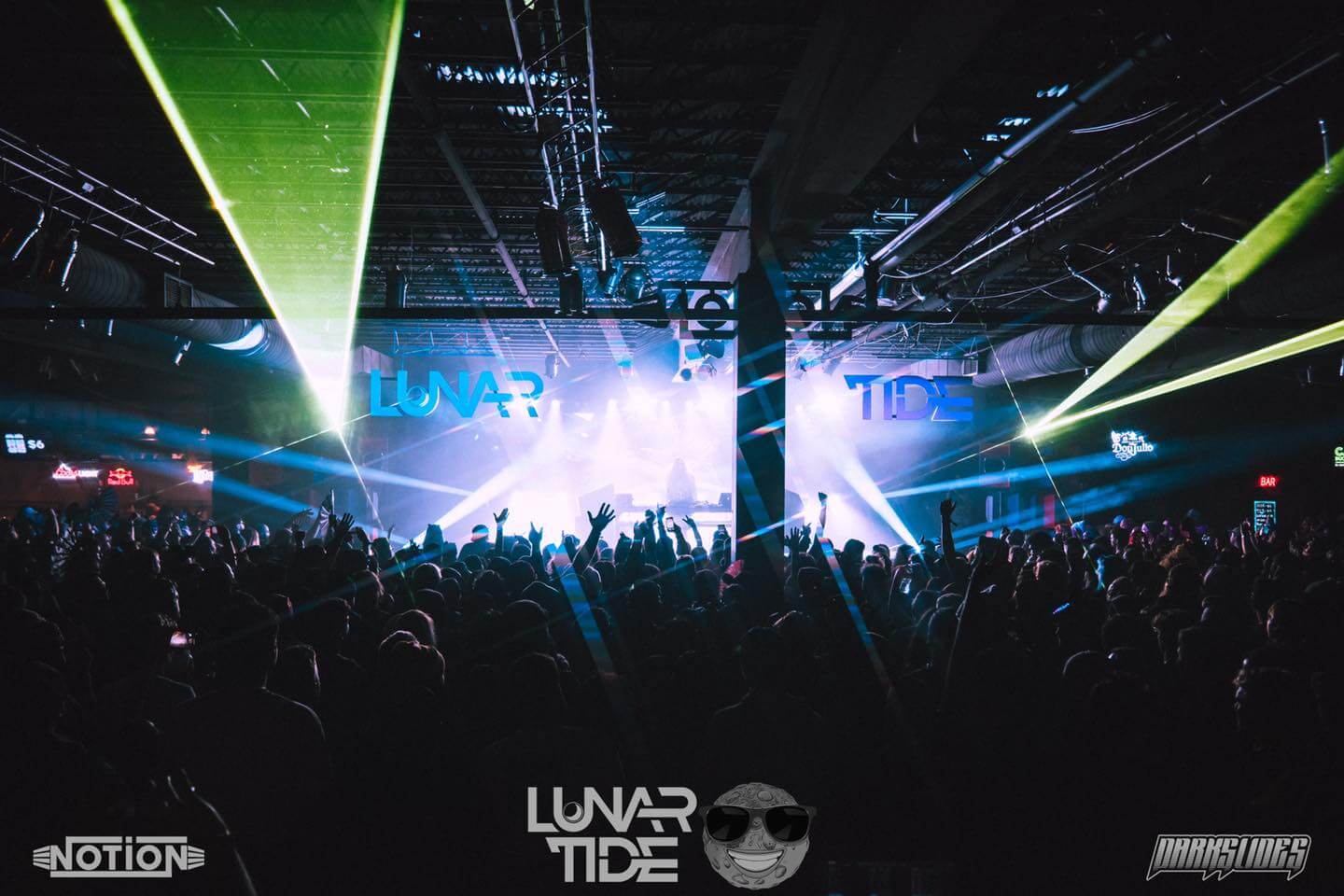 By Morganne DavisDecember 9, 2022No Comments

Live. Laugh. Lunar Tide. The energy was electric this past weekend, and I would give anything to re-live it. City festivals have a different type of vibe than camping ones, primarily if they’re held inside. The venues are more intimate, creating a melting pot of personalities. The wave of commotion that hit upon entering the Lakehurst Event Center was overwhelming yet inviting, with echoing bass and excited attendees! But after a tight hug from a long-distance friend and a quick exchange of smiles with a stranger, the pre-fest jitters seemed to wash away. There’s always beauty in the chaos.

Attending a festival for the first time can be an exhilarating adventure because you’re not sure what to expect. At Lunar Tide, I embraced the unknown and dove right in with zero expectations.

Friday night’s impeccable lineup started the party off strong. For example, A Hundred Drums showed up and showed out as she blessed us with a plethora of new music. NotLö‘s set also had the crowd in a chokehold, unleashing her signature bass that makes the brain go “brrr.” Later, the Funktions upstairs were tested once it was time for Seppa, and he did not disappoint. The Solar Stage became a lovely hangout spot, including live painters, large LED panels, and top-notch sound!

Additionally, Ravenscoon rocked the house as usual; he lit up the stage with his boisterous presence and unique selections from start to finish. There was not a single soul standing still! During this chaos, I had a moment where I stopped to take it all in. Watching my peers dance their hearts out while the colorful lights illuminated their smiling faces, I felt immensely grateful. Music brings incomparable joy; witnessing such raw happiness will never get old.

There’s nothing like starting day two by eating hotel breakfast with the besties! The festival-goers had undoubtedly taken over the nearby hotels because there was artist merchandise and pashminas everywhere you looked. Not only did this strengthen the essence of community, but also it was impossible not to make new friends.

The anticipation for the night’s shenanigans grew until it was finally showtime. While bouncing back and forth between stages, I explored uncharted territories and found a couple of (not so) hidden gems. The first gem I stumbled upon was the Super Smash Bros tournament in the back of the DubHub stage! Next was the authentic Mexican food stand from which I grabbed a dank snack and flexed my multitasking skills.

Then, it was time for the beloved tiedye ky to grace the Lunar stage, and needless to say, it was my favorite set of the weekend. He opened with “Everything Is Ok!” and had us, quite literally, crying in the club. Likewise, the lad, Coki, closing the Solar stage is another personal favorite; I wish I could describe how tangible the passion was in that room! The hooting and hollering that erupted (especially from me) with every wheel back seemed louder than the music itself. Fast forward to the special Lab Group + grand finale featuring Potions, tiedye ky, and Player Dave. The chemistry between the boys is evident when they easily maneuver the decks to drop classics from Pipus and Charlesthefirst. An unforgettable night of music it was.

Without a doubt, my first Lunar Tide was the best way to end the 2022 festival season. Props to the Notion Presents staff and everyone involved for a blissful weekend!

Until next year Lunar Tide! Xoxo

And if you’re looking for new music, keep up with our weekly Spotify Playlist, Fresh Hunts, or follow us on Twitch. Whether it’s the newest drops from all your other favorite artists, some old school, or underground—we just want you to hear it.

Bass Physics Denver Headline Brings Us Back to Our Source