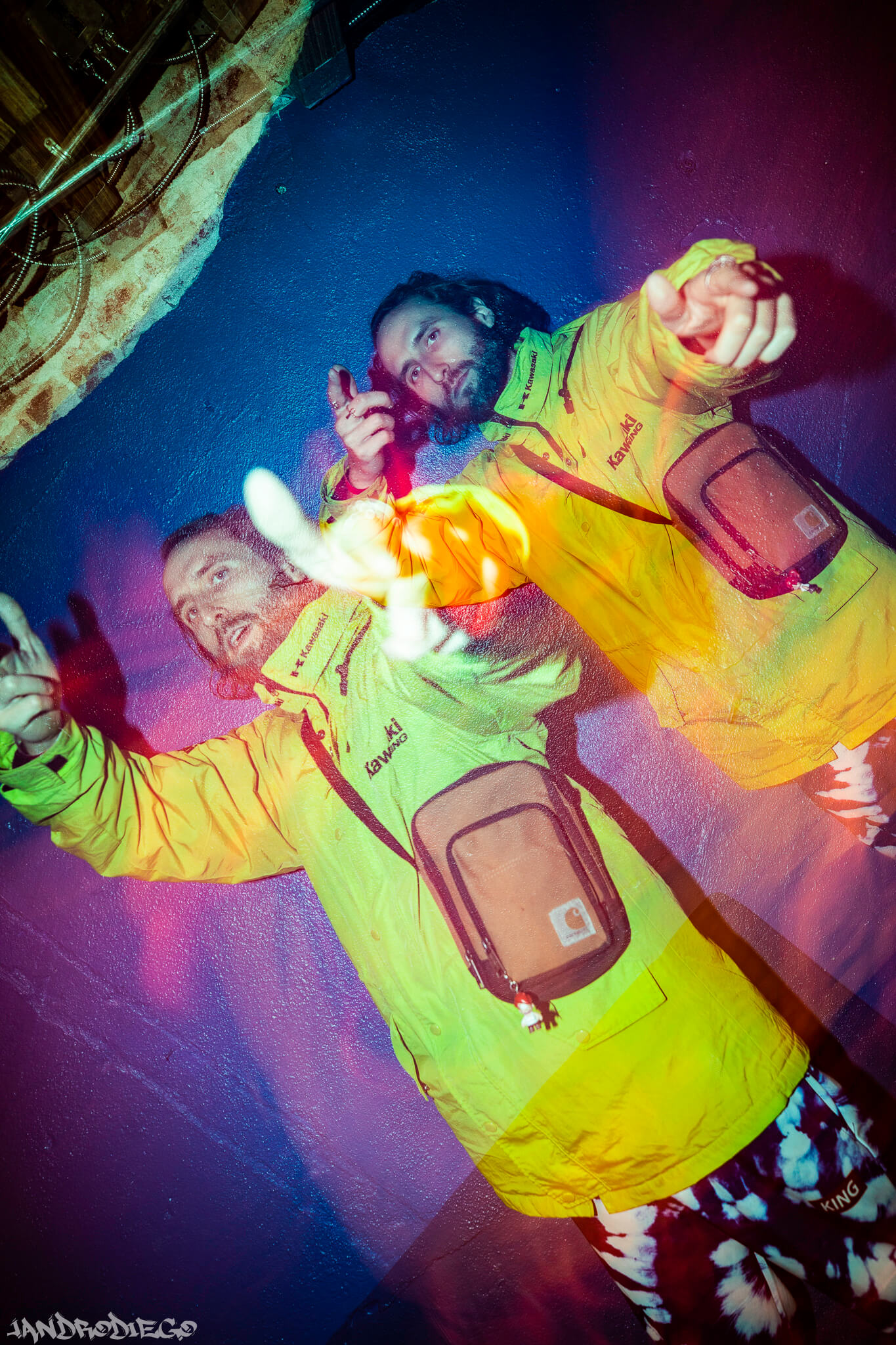 A Trip Into FT-Landia With Freddy Todd [Exclusive Interview]

If you know Freddy Todd, you know that his music speaks for itself. One of the most genuine and talented artists in the electronic scene today, Freddy’s project is always evolving. His drive, passion for life, and music you just can’t stop listening to are what set him apart and have kept him on our radar for years. From funky bass to experimental and everything in between, what else could FT have up his sleeve? We’ll let you in on a little secret- the Detroit producer is bringing an entirely new alias and project to the underground house scene in 2023.

EH: How was your 2022? What were the highlights of the year for the Freddy Todd project?

Freddy Todd: 2022 was really great looking back on it. I released so much music and played some really cool shows. Okeechobee, a few appearances at Electric Forest, and Illfest to name a few + a slew of super fun club shows were all pretty heavy hitting. At the shows I’ve played, I’ve been feeling the respect and love. I’ve also ramped up more releases on my label Freddy Todd Music. This allowed me to do whatever the f I want stylistically. Other labels can be super picky, cookie-cutter, and sometimes lacking enthusiasm.

EH: Tell us about your favorite festival set or show you played this year!

Freddy Todd: Honestly it would have to be Florida’s Okeechobee. Playing at 3am on the Incendia stage to almost the entire festival on some of the most crispy Funktion-1 speakers + live fire production blasting above and around me was a real blessing. I’m still getting folks raving about how much of a party my set was. I strive for that.

Freddy Todd: ELECTRIC FOREST! One of the biggest parties in my home state, and also the first festival I ever went to, Rothbury ‘09. FT @ EF ‘23 BABY!

Beyond bookings, what I can talk about is some really exciting packed-to-the-brim releases for next year. On the Freddy Todd experimental bass end of things, my current fall/winter production calendar has ramped up with so many incredibly dope banger collabs + solo ID’s. I can’t quite say who is on the project yet, but we have about 8 or so super heavy-hitting collabs about finished that we will be circulating around for a Freddy Todd Collab album type of thing.

Beyond that in FT-landia, I have a carefully crafted solo full-length album formulating the past year for Of The Tree’s new label Memory Palace. This will be seeing the light of day in Q3 2023 with singles trickling in Q2. That full-length album is going to be really special because it includes a nice palate of jazzy bass bangers as well as chiller melodic Moonflavours-Esque tunes. It features vocalists on multiple tracks as well as myself singing. Speaking of my boy Of Tree, we have a lil side-project duo called BLAAP and we are expecting. But for real, expect a 2023 EP-type release from us, intricate bangers only.

“All I can say is, expect an entirely new alias and project to arise from the depths of the underground house scene in 2023 for some real fresh takes and hybridizations of different house and techno subgenres.”

A New Project Coming Up…

A final tease beyond the bass music I can talk about is that I haven’t slowed down my Detroit tech/house inspiration. Contrarily, I’ve actually ramped it up, creating a need for kind of a new channel, as my house music is so much different from my jazzy experimental bass music. All I can say is, expect an entirely new alias and project to arise from the depths of the underground house scene in 2023 for some real fresh takes and hybridizations of different house and techno subgenres. Long story short, I already have 3 EPs written with more currently being worked on + collabs… 2023 will be a good year for bass and house, respectively.

I’m hyped. All of this, beyond what is slated for other labels, will be pushed heavily and released on my new lowkey imprint label Freddy Todd Music, which I’ve been “self” releasing on here and there over the past year or so (with the only other person released on the label so far being the talented Wreckno, featured on the Liquefaction EP).

EH: When you think about your current sound, do you think it has evolved as the project has grown (an accumulation of all the Freddy Todd eras), or, do you try and stick to a “signature sound?”

Freddy Todd: Well, per the last question/response, as the Freddy Todd project has been dabbling more into hybrid bass/house stuff, I’ve been seeing the divide and need for separate channels more and more. I released my first Freddy Todd dedicated 4 on the floor EP in 2022 as kind of a hybrid house tease of what’s to come. With that being said, I’m still heavily in the bass lane inspired daily and co-currently working on that genre of stuff, and so I think the splitting of the projects will actually help me focus more on signature sounds within those lanes.

House project > hybrid house and techno music …. Freddy Todd > experimental bass music and funky beats… with a mix-up of both crossing over the aisles because after all, it’s just me. At any rate, expect a new dedicated house project very soon.

To actually answer that – I’ve heard a lot of people say I’ve maintained a signature Freddy Todd sound. But I feel like I learn so much new every day and my sound has evolved and been taken to a new level even from 3 months ago. At any rate, I like to stay funky and cutting edge with the sound design and just stay having fun with it. Maybe that’s my signature, fun, and evolution.

EH: When not creating for the Freddy Todd project, what else do you like to create or work on?

Freddy Todd: Since I’ve made it clear I’m making a new project for the house sounds and styles, beyond Freddy Todd and beyond house projects, I also dabble frequently in many other genres, specifically with my long-time friend and collaborator, Ludlow, who has produced for Chance The Rapper, his brother Taylor Bennett, Kash Doll, and a handful of other dope artists. We, for the past few years, have been writing a ton of fun RnB, rap, hip hop, pop, and house. It’s been fun to flex in other lanes because deep down, I know I can write anything – and it’s super fun and challenging to push your boundaries. Every time I dabble in another genre, I learn something new and bring it back to another genre. I’m just having a lot of fun out here. Really really grateful to have been blessed with this knowledge and technology.

Beyond music, I’ve been playing a lot of chess and disc golf with my girlfriend and friends + the occasional video games. I like to read books (I love Noam Chomsky and I’m also almost done with the Dune series) and stay up on current events as well as obsessively study history. I can’t stop learning, there’s so much info 🙂

Looking for new music? Keep up with our weekly Spotify Playlist, Fresh Hunts. Updated every Friday with all the latest releases. Whether it’s the newest drops from Freddy Todd, all your favorite artists, some old-school, or underground…we just want you to hear it.