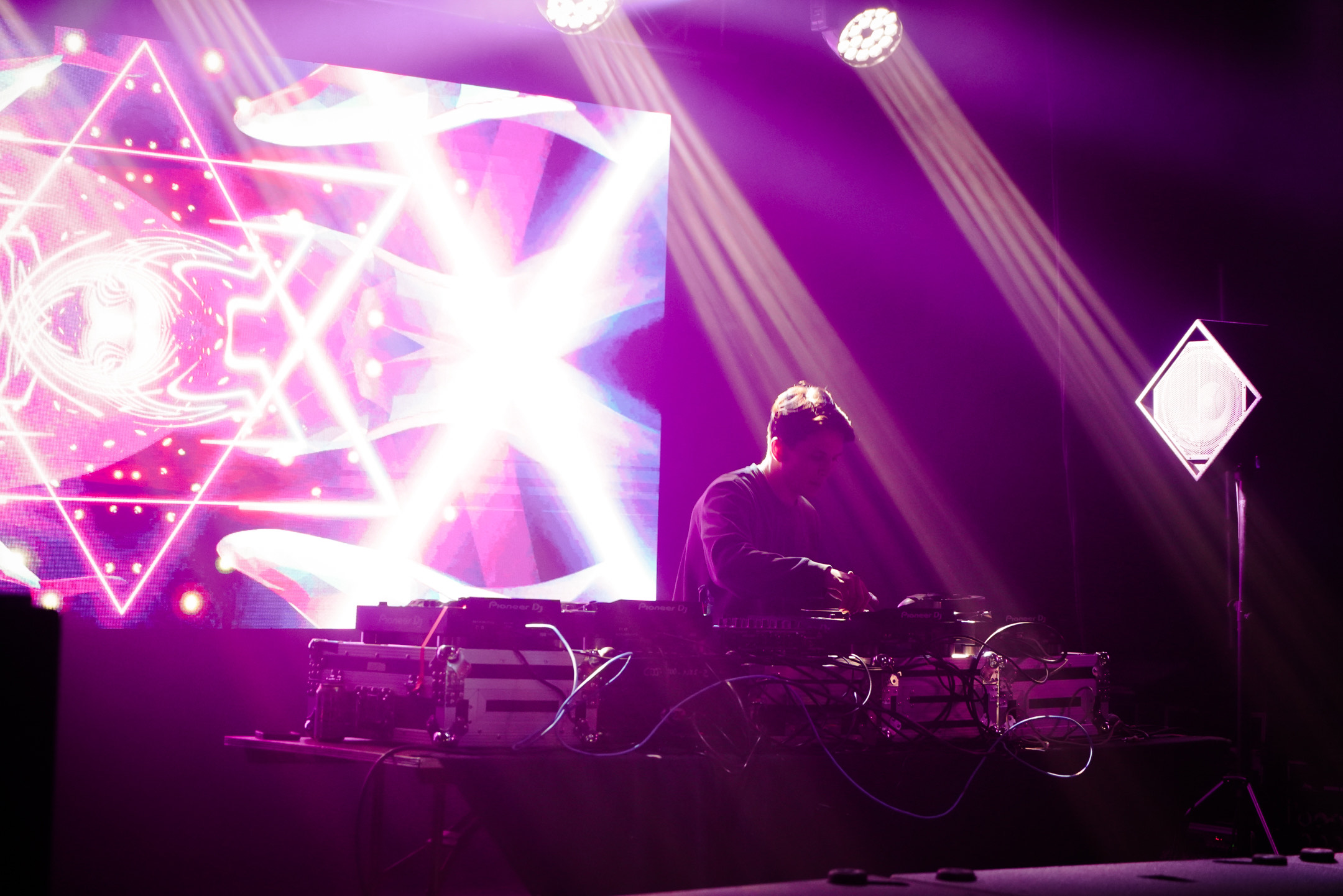 If you haven’t heard of LSTER yet, let us end your 2022 with some refreshingly different music. The Detroit-based producer has been making waves in the electronic scene. LSTER’s music is unique and smooth, and his live shows are captivating. Always one of the best sets of the night for every lineup he’s on; we had no choice but to meet up with him and share his project with you.

EH: Hey, LSTER! It’s great to meet you. Tell us about yourself and your project!

LSTER: Well, I started this project in 2020 during covid out of pure boredom. It was something I had wanted to do for a while, and I figured that I would give it a stab with all of the time on my hands and unreleased music under my belt. So I started making electronic music in 2016-2017, and I’ve been hooked ever since.

This art form has endless possibilities, which I think is the aspect that really excites me. I can sit down with a laptop and make literally anything I want, which is what I do most of the time. When making electronic music, I rarely try to pin myself in any specific corner. I started making funky experimental bass, but I’ve recently been dabbling in the 120-130 bpm realm. If I’m in the same spot for too long, I tend to shut down completely.

EH: After some awesome shows at Detroit’s Tangent Gallery recently, what can we look forward to from you next?

LSTER: Well, you can always expect new music and a handful of shows around Detroit. I actually just released a 5 track EP titled Matter back in November! It’s out on all platforms, and that’s a piece of work that I hold close. I experimented quite a bit with different BPMs and production techniques on this, so it feels different than anything I’ve previously put out.

EH: Who and what are your inspirations as a producer?

LSTER: I personally feel like my inspirations change week to week. I pull inspiration from a variety of different artists, hence why I’m constantly switching up the kind of beats I’m making. But I’d say artists like Skream, Flume, Four Tet, and Noisia are some all-time inspirations. I really love making club-heavy tunes, or bangers, if you will, but I also value stuff that is musical and can elicit emotion.

LSTER: At the moment, I plan to work away at getting better in every facet of this industry. At the end of this year, I was definitely feeling the effects of burnout. But after my most recent show supporting Thought Process and Chmura, I’ve felt more motivated to keep working. With that being said, I’m planning on taking on shows here in Detroit, festivals, and anything in between. My manager Jake James is a great friend and an even better guy to work with, so he’s always making moves and getting me on some pretty amazing lineups!

EH: In a time where there are many electronic producers in the bass scene, what do you think makes yourself and your project stand out?

LSTER: I tend to steer clear of making your average bro-step or riddim stuff, which is totally fine, but it just isn’t me. Like I touched on before, I loved a fat sub-bass with some knocking drums. But, I also value some musical elements such as pads/synths and guitars to be the driving force in the songs.

Thousands upon thousands of people like me are trying to make a name for themselves in this industry, and that won’t happen for most. So my main goal is to keep impressing myself with my musical abilities, and I hope that other people in the scene feel the same way I do!

EH: Outside of producing, what else do you like to do?

LSTER: Outside of music, I really enjoy hanging around my girlfriend and best friends. I’m happiest when everyone can get together on a Friday night and go bowling or grab a couple of drinks and see where the night takes us.

Looking for new music? Keep up with our weekly Spotify Playlist, Fresh Hunts. Updated every Friday with all the latest releases. Whether it’s the newest drops from LSTER, all your favorite artists, some old-school, or underground…we want you to hear it.