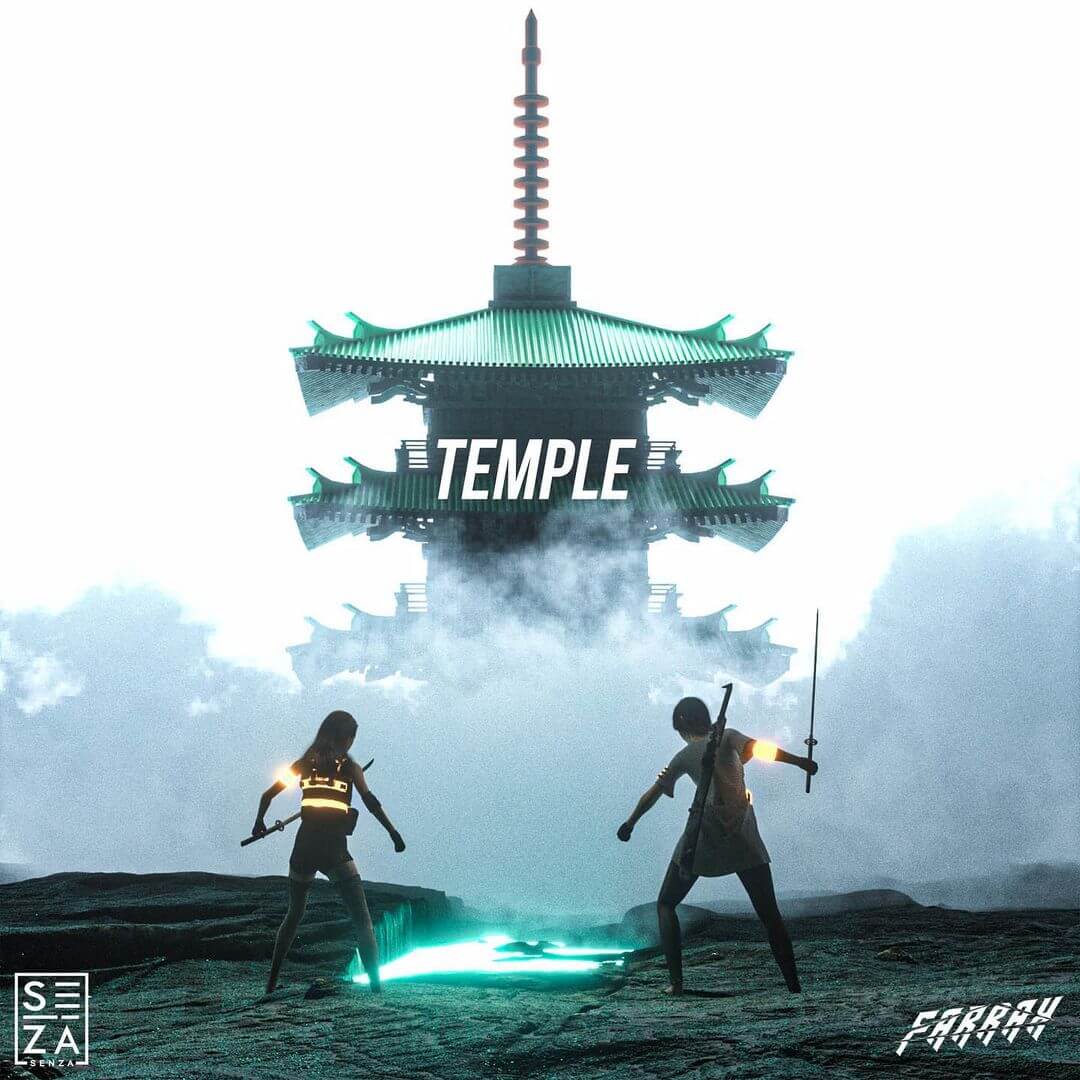 By Natalie CoreyFebruary 26, 2021No Comments

Maybe it’s just us but bass made with a woman’s touch just hits a bit different. Two of our favorite ladies, Farrah and SENZA, are unleashing a beast on the world in the form of their new song “Temple.” And we are bringing it to you first, in this Electric Hawk Exclusive Premiere.

After both artists played for our In Unity Stream, they have both become an increasingly larger part of the Electric Hawk community, and damn, are we happy to have them. Farrah has recently become an Electric Hawk favorite, her music reaching international audiences from her home in Hong Kong. Partnered with the mysterious SENZA, a producer who turns out heavy hitter after heavy hitter in both song and mix format. SENZA stated, “Been sitting on this one for over a year…” and it is not hard to tell, as new layers reveal themselves with every listen.

Imagine a layer of fog descends….

You mumble a quick prayer to the sky as the echoes of something ethereal beckon you toward the temple that stands before you, maybe the warped sound of fading drums, or an inconceivable being lumbering toward you.

The bass feels like shouting into a room you’re not supposed to shout in, a sound that suddenly fills up every corner of the room, nothing strong enough to hold it back. Irreverent and thrilling all the same. You cannot help but laugh at your last-ditch effort to snatch your breath before the sounds of “Temple” vacate the premises in an attempt to escape from impending authority figures.

Listen to “Temple” by Farrah and SENZA below!

Looking for new music? Keep up with our weekly Spotify Playlist, Fresh Hunts. Updated every Friday with all the latest releases. Whether it’s the newest drops from Farrah, SENZA, all your favorite artists, some old-school, or underground…we just want you to hear it.