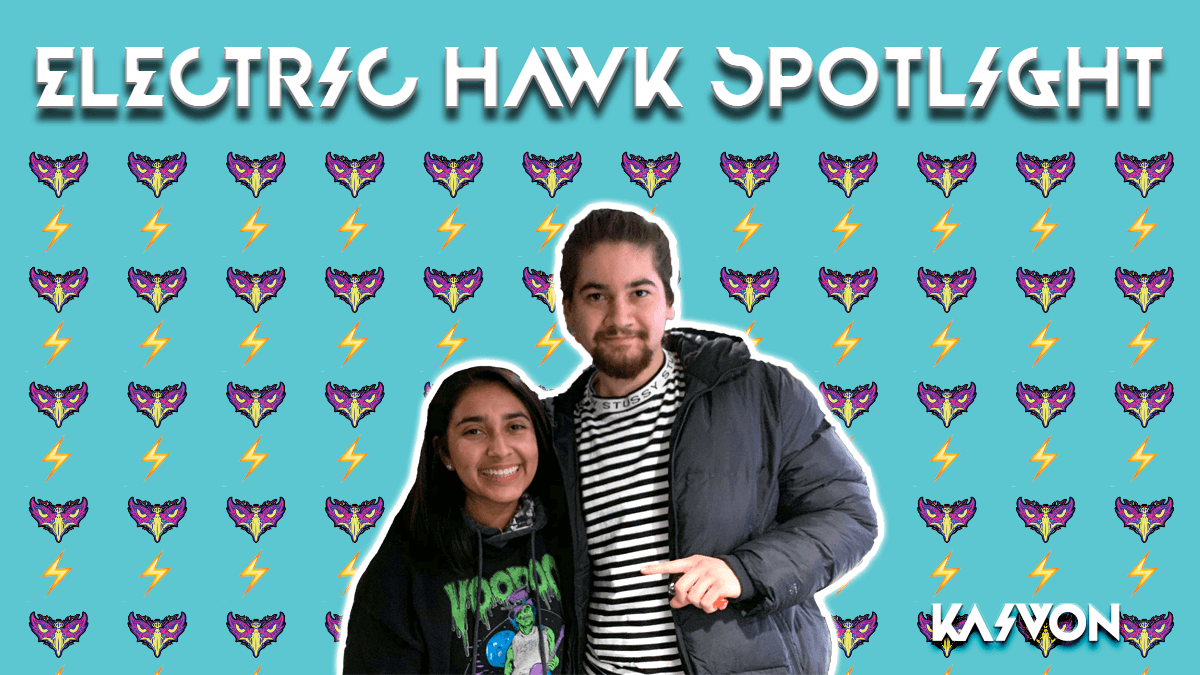 With only two months into the new year, Kaivon has delivered his newest track, “New Beginnings,” which has listeners admiring his creativity. From notable tracks such as “Reborn” and “I Love You.”, Kaivon has been bringing his sound to various cities with his Transformation Tour with INZO as support.

Before he took the stage on his Tuscaloosa date, we had the opportunity to ask Kaivon a few questions about what inspired him to start making music, what he has learned from 2019, and what he has in store for the future.

It was truly an honor to have spoken with Kaivon and we can’t wait to see what else 2020 will bring for him. Be sure to follow Kaivon to stay alert on his next projects!

Steph, Electric Hawk: We’re a month into the new decade now! You’ve come so far, and I can feel this is still such an early chapter for you. What did you learn through 2019? What are you expecting and hoping to happen this year when it comes to your vision and goals?

Kaivon: I think in 2019 I really learned what playing shows is like because I hadn’t really played shows until about a year and a half ago so that used to be super scary and now it’s just more exciting and I am enjoying the performing aspect.

For 2020, my goals are basically to keep putting out music consistently and just playing a lot of shows this year. I have been lucky enough and blessed enough to get offers where people wanna see me play. So as long as that keeps happening, I’m gonna play them because my favorite feeling in the world is playing music and live in front of people! As a producer, it’s pretty lonely like 90% of the time you are in your bedroom working on music and stuff. Any chance I can get to play in front of people and share my art, I wanna take it. So, 2020 is just more music and more shows.

Steph: When did you first start making music/how did you get started? What was the magic moment you said, “Okay it’s time to download some software RIGHT NOW!”

Kaivon: I’m 24 now and I only listened to rap pretty much until I was about 17 or 18, just mostly rap. And I always sound so basic when I say this, but when I went to Coachella when I was 18, I saw Skrillex and Flume and Martin Garrix… Just everyone was at that Coachella in 2014; it was just so cool. And that is what got me into listening to EDM. Then, the following year, I went to Hard Summer and I met this total stranger and we were watching RL Grime or Jack Ü, and he goes “Imagine what it would be like to be on that stage” and something just clicked in my head in saying I want to do that.

The next day, I downloaded software and I was in college at the time and I was switching majors a bunch and I wasn’t enjoying it at all. I asked my parents if I could take a leave of absence from college for a year and try out this music school called Icon. Once I started at Icon, I just knew this is what I wanted to do for the rest of my life.

Steph: We know Eminem and Zedd are deeply rooted in what steered your path into music and creating your own live experiences for us, but what is inspiring you now?

Kaivon: Yeah, I feel like I had so much at the beginning. And I’ve been in this sort of rough patch, where if I would have told myself 3-4 years ago that I would be in this position today, I would have been blown away. But I feel like when you work for something and go through the ups and downs.

Once you get to the point where you can easily take it for granted, so I am trying not to do that. But the main thing that inspires me now is honestly just the people’s energy and the messages I get online. That’s the feeling that keeps me going the most… Just the people.

Steph: What artists are some of the best in your opinion doing their thing right now?

Kaivon: Well, my favorite is Flume. It will always be Flume. But I mean, the stuff Illenium is doing right now, like selling out Madison Square Garden and Staples Center in LA [is crazy]. I’ve been going to Lakers games all my life at Staples Center and to see him doing that is really inspiring and I hope that I can play Staples Center one day.

Steph: You’ve had these exciting breakthroughs in 2019 like releases through one of today’s hottest labels, DeadBeats, and your wild track, “Heads.” The Kaivon Universe just keeps expanding after every release and it’s so happy to see you not letting yourself be boxed in. Comparing your sound from when you made your first ever song to now, how much do you think you have grown as an artist since you first? Do you see yourself diving into more genres in the future?

Kaivon:  Yeah, so in the beginning, I did want to stay in a certain lane of just really emotional like melodic type stuff. But throughout the whole process, like the first two years of my music putting out only being emotional stuff, I would still make every genre the whole time. I just got the courage to really put out heavy stuff that I did not have the guts to at the beginning just because I was afraid people just not liking it.

But I reached a point where I was playing shows and I wanted to play heavy stuff during the shows combined with the emotional stuff but I just waited to put out heavy stuff altogether because I really like it and I feel like the longer I wait to do it, the more, it might hit people out of nowhere. The way I kinda looked at it as I want my fans to be people that like all genres. And I don’t wanna have fans that just like one genre. I just don’t think that a set that is just one genre is that fun for me because it is not reaching its full potential with only sticking to one style. That’s why I’ve been inspired to put out whatever I want.

Steph: You’ve said before in previous interviews that you are all about living in the moment and not being stuck in the past or too worried about the future. I admire that. Have you always had this great mentality, or did it sort of learn that from someone or something in life?

Kaivon: I am very terrible at being present, but the goal is to live that way, but I am so bad at it. I think those words are just sort of inspirational and a goal to reach. I think that is why I like live shows so much because I do feel present there. But, 99.9% of the time, I am super anxious and worried about the future and past and I am trying to figure it out just like everyone else. Those are words that I can look at and they are a goal; to live in the present.

Steph: Along the way in your career, who and what do you feel in your circle has been important to your growth in recent years? Like mentors, friends, managers, etc.

Kaivon: My mom. Honestly, my mom keeps me going and I still talk to her all the time. I have a great team too, my manager and agent. They have really pushed for me, have been there the whole time. But in terms of the emotional aspect of it, my mom. I can talk to her about anything.

Steph: What are your favorite songs to play live right now?

Kaivon: Of my originals, I love playing my Flume ‘Insane’ remix, it’s just always fun to play, I think that’s honestly the best thing I’ve made. The ‘Peace’ remix is fun to play too because everyone always sings along to that one and its newer. I also like it when I go into my heavy section and I play some Svdden Death.

Steph: What has been your favorite city/venue thus far on your tour; what has made them stand out?

Steph: Fave festival thus far? Where else would you like to perform at (dream venue/ festival)

Kaivon: Hard Summer because that was the festival where I decided I wanted to be on that stage. Up next, hopefully, Coachella someday. That is the dream.

Steph: What inspired ‘New Beginnings’ – I see that it is your Spotify bio, any connections?

Steph: You’ve already spun so many heads and hit us with so many surprises last year. What should fans be on the lookout for in the future?

Kaivon: A bunch of more new music. It’s going to be a combination of emotional and heavy stuff with some collabs that I am keeping lowkey.

Want to get the inside scoop on artists you love? We’re always meeting new people! Check out our Electric Hawk Spotlight series, coming live to you every Thursday.

Kiking With RaeCola On Their First EP, ‘Bezerk’ [Exclusive Interview]