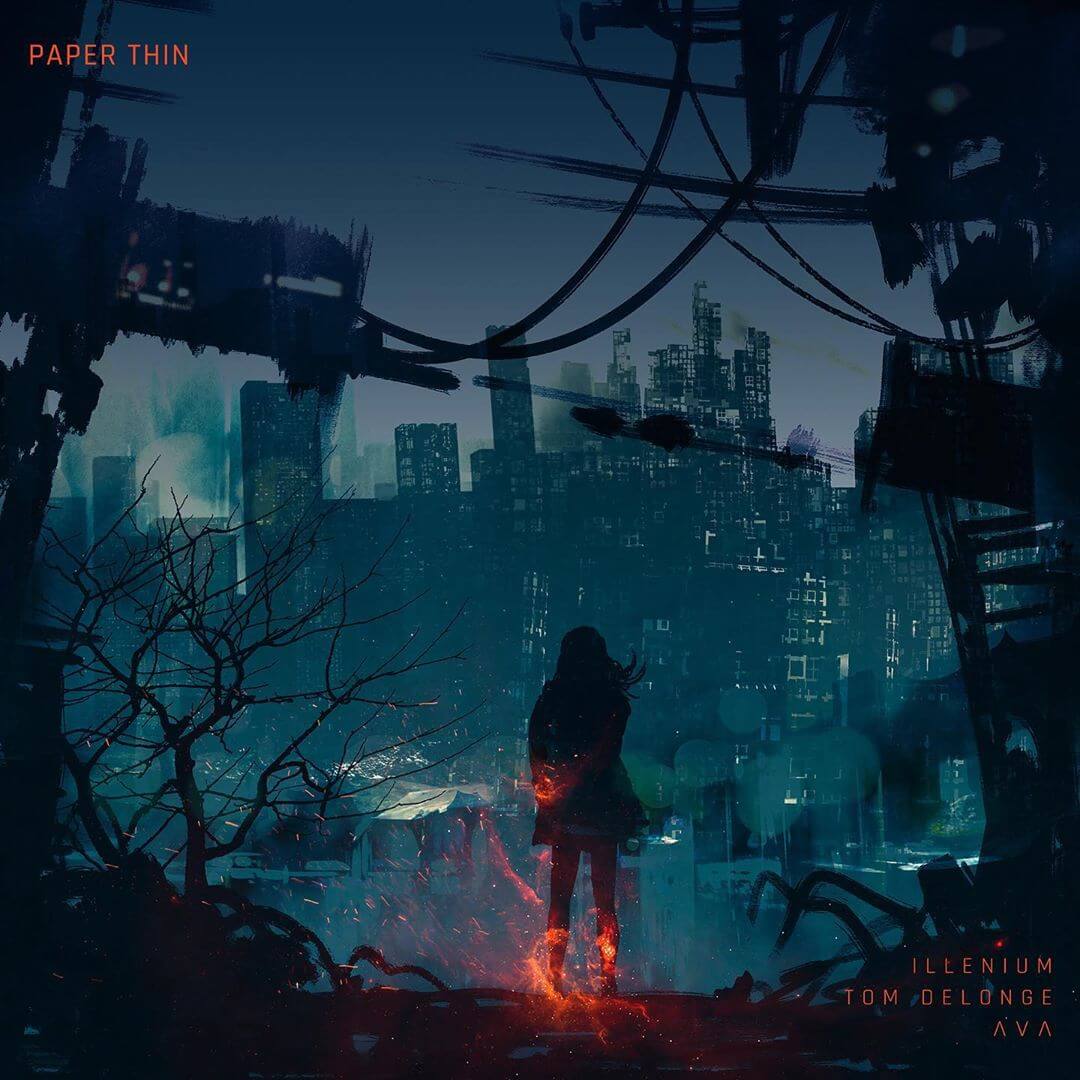 We’re back with the newest single from our favorite sadboi! ILLENIUM introduces us to the second song of what could be a potential upcoming EP or album (???), “Paper Thin”, featuring Tom DeLonge and Angels & Airwaves.

Potential album, you say? THAT’S RIGHT. We hope. With “Paper Thin” following the release of “Nightlight“, the two have joined together on Spotify (see picture below). I guess we’ll have to stay tuned for the future releases from the man himself.

This time, Nick Miller has joined forces with Tom DeLonge, a current member of Angels & Airwaves, and former member of Blink-182. This track starts off with a guitar riff and DeLonge’s vocals, bringing heavy early 2000’s punk vibes- which we are LIVING for. Tom DeLonge’s vocals lead us into a melodic drop with the vocals mixed in.

It’s a straight-up fact that a large majority of the current sadboi lovers we’re once deep in the pop-punk scene. We all knew when we got that text from ILLENIUM last week asking who our favorite pop-punk band was, something was brewing on the horizon. It came as no surprise once it was announced as we’ve heard Nick drop Angels & Airwaves songs in his sets and mixes before!

Be sure to tweet us what you think about the song and your conspiracies on an upcoming album!

If you’re looking for a solid playlist to follow, keep up with our weekly Spotify playlist, Fresh Hunts. Whether it’s new ILLENIUM, all your other favorite artists, some old-school, or underground…we just want you to hear it.

Don’t forget to use your voice this November! Head over to Headcount to check your status and find other resources. Vote, and while your sharing new music, encourage your friends to vote too!