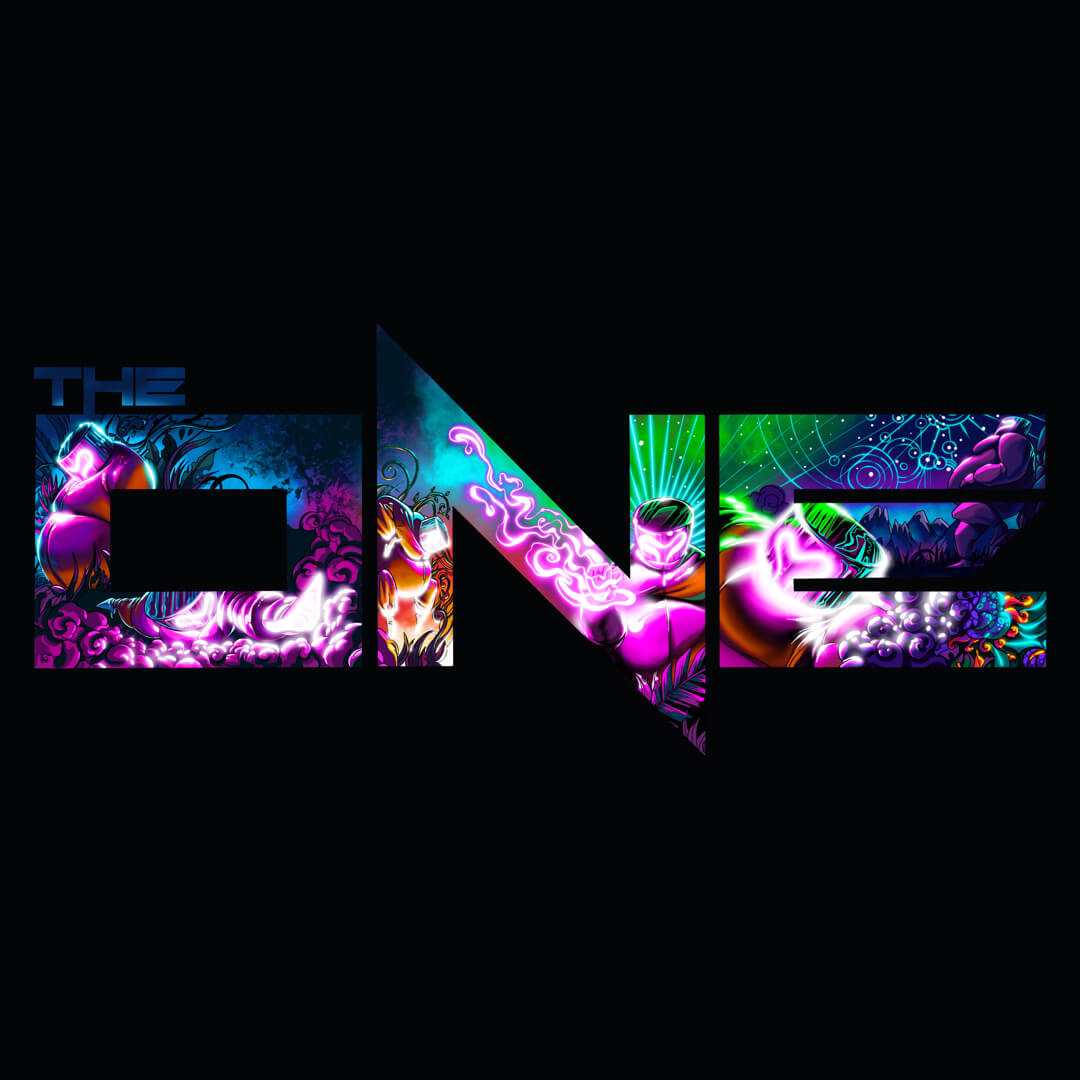 Ganja White Night Captivate Us With ‘The One’ Album

This week we see the return of the duo, Charlie Dodson and Benjamin Bayeul, aka Ganja White Night, in their 8th album and latest chapter titled ‘The One” which further explores the story of their superhero, Mr. Wobble.

Mr. Wobble was first introduced in their 2016 Mr. Wobble LP, an obese superhero who can use “bass energy” to turn his surroundings ‘large’ or make them wobble. Even more-so, they unveiled their first 2 animated short videos: “Mr. Wobble” and “Lfo Requiem” by the talented graphic designer, Ebo.

Here we see Mr. Wobble walking through the jungle teeming with life when starts wobbling and enlarging various parts of the jungle and making new flora grow with his power, all while maintaining their signature wobble sounds in a fun eccentric way. Mr. Wobble finds himself in a large modern city with its citizens mindleslly glued to their phones, televisions and other various technologies. We even see references to current political news stories (this is where I started to get hooked onto the storyline). Mr Wobble proceeds to shoot his “wobble energy bolts” around the city seemingly causing destruction, but actually freeing them from their trance-like state of modern day vices (pills, phones, technology). He then grows large in size easily towering over buildings to meet face to face with our 2 favorite Wobble Masters Charlie and Benjamin, seemingly communicating something with them until the video ends.

Their second video picks up shortly after ‘Mr Wobble’ left off with him on the news being labeled as a “beast,” or “terrorist” and other speculations that is also very normal to see in our every day life. Until we see a very familiar-looking political head saying “We’ll stop him” and painting the picture of Mr Wobble being evil. Mr Wobble is seen driving a getaway van with the duo Charlie & Benjamin in the car trying to outrun the cops on a highway. Eventually their vehicle gets damaged after a quick scuffle with the authorities and behind the police, appears an exact replica of Mr Wobble, albeit green and more ‘evil-looking’ than Mr Wobble. They begin fighting when a child bystander is shown, (seriously who leaves their child on the highway?) all while the political figure we saw in the beginning orders his men to drop a bomb on the bridge, endangering the child. Mr Wobble ignores the hits Dark Wobble is giving him and dashes to shield the child from the explosion. The two exchange a heartfelt hug, while the video ends on a Dark Wobble slowly coming to his senses after taking most of the blast.

Ebo definitely did an amazing job with these videos, as it definitely hooked me in and I wanted more. Then in 2018, with their 7th album release, “The Origins,” it explored the backstory of Mr Wobble through their distinct wobble sound layered with ethnic instrumentals and vocals throughout its tracks that dive Ganja White Night to their roots. With this album release we got a third animated short, one that seriously touched me and was overall, beautiful.

Ganja White Night’s third installment on the story of Mr. Wobble is none other than ‘Chak Chel‘ which is on their Origins album. The album artwork itself reveals not only Mr. Wobble, but 4 other beings surrounding a sacred tree. This is where the fun begins. In the video, we are greeted with high female vocals and soft instrumental tones among a beautiful Mayan-esque landscape. Its inhabitants frolicking along the lands and playing with the various creatures found there. We see a female shaman sitting atop a pyramid who notices a green cloud appear in front of a giant tree. A ship (resembling the conquistador ships) appears, with the same symbol that was found on the Dark Wobble from Lfo Requiem. The ship proceeds to attack the land in a large green energy beam that knocks the female shaman unconscious while the invaders ravage the land and start to burn everything in their path (much like history has taught us). When all hope seems lost, the female shaman regains consciousness and makes it to an altar that she powers up with energy that is used by Mr Wobble. The burst of energy disintegrating the invading conquistadors while putting out the fires and healing the damaged forest. She powers up again and summons a large burst of energy atop of the pyramid that takes the form of Mr. Wobble before changing again to that of a bird (eagle, pheonix, you get the idea) that charges down and destroys the invader’s captain and gives new found energy to the land and people that help regrow the sacred tree and sacrifice themselves for the greater good so-to-speak.

Now, their new album, The One, explores the backstory of Mr. Wobble and other characters and how this power they share came to be. The album is packed with their original funky-bass sound, along with tribal instrumental sounds and vocals that exemplify the duo’s hard work along with the release of another couple of videos showcasing the power of Mr Wobble.

The first song of the album shows Mr Wobble zooming across the sky until just floating high in the clouds while radiating energy during the whole track, consistent with the high-charged sounds the duo is known for. The next video is the anticipated collab with Caspa: “Mr. Fix It.” This video shows Mr Wobble as a handy-man fixing things in a factory while other things go haywire. The third video is their collab with Boogie T. Where Mr Wobble is show flying high in the sky next to Boogie T to the riddim sounds along with more reggae-like vocals and instrumentals in the background. Their 4th video is their collab with Apashe, which starts with natural sounds and flute like harmonies before diving into the riddim sounds. The video itself shows a man shoot a gun into the sky and a coyote-like beast running out of a cage. Then it switches to a masked man playing the flute and walking through the dessert, seemingly powering up the coyote with the same pink Mr Wobble energy that allows the coyote to run along the clouds in the sky. It should be noted this is the only video they’ve recently released that does not feature Mr. Wobble.

We can’t say for sure what Ganja White Night has in store for us after the album release. They didn’t really showcase any of the other characters from the Origins Artwork and these new videos don’t seem to have a relation to the three videos released prior to ‘The One’ however one thing is for sure, this new album slaps and I’m sure we will all be watching closely to what comes next for Mr. Wobble. Catch them on tour at a city near you here.

Listen to Ganja White Night ‘The One’ below.