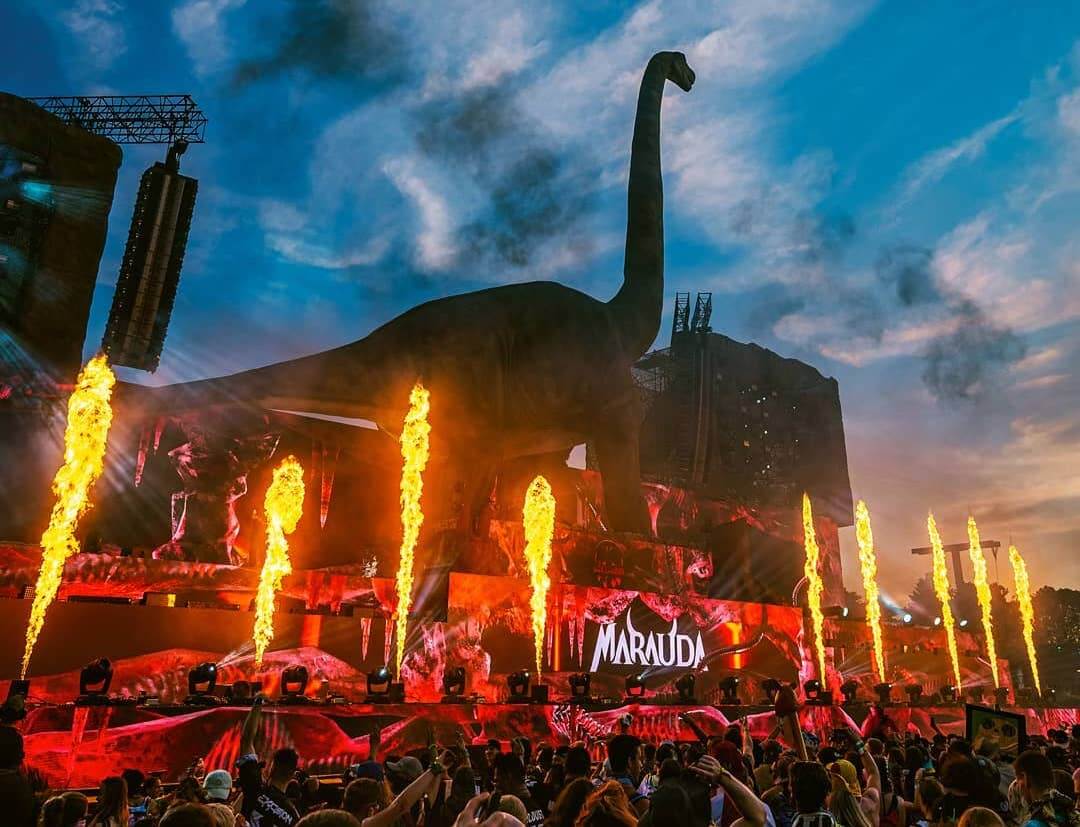 Grab your neck brace and your festival crew—it’s time for the 4th year of the “Dubstep Super Bowl”, LOST LANDS 2020! A short 7 months away, tickets are now on sale and moving faster than ever.

If you’re unfamiliar and possibly new to the scene, Lost Lands is the most dubstep-heavy festival in the scene right now. Held at Legend Valley, a short drive from Columbus, Ohio, this 3-day festival attracts headbangers from all over the country. This year Lost Lands will be held from September 25-27 with early arrival options available.

With previous years featuring names such as Illenium, Ganja White Night, Zeds Dead, Liquid Stranger, and many, many more- this 3-day festival will fill all your prehistoric needs. This 4th-year festival has camping and hotel + shuttle options, along with the Wednesday and Thursday arrival add-ons.

Hosted by the one and only, Jeff Abel (aka Excision), each year has brought bigger producer, bigger dinos, and louder sound systems! With two main stages and nightly sound camps, this is a dubstep lover’s absolute dream. Be sure to stay on the lookout for the lineup dropping later this spring!

So it’s better to grab it sooner, rather than later! Lost Lands offers a variety of payment plans ranging from 10% down to 50%. Be sure to purchase your camping/shuttle and early arrival passes as well! This year also brings the addition of an RV camping option (we all know what that means). Oh, and did we mention they sell White Claws inside the venue?

Invitation to the Decadence Arizona Has Arrived: First Headliners Announced