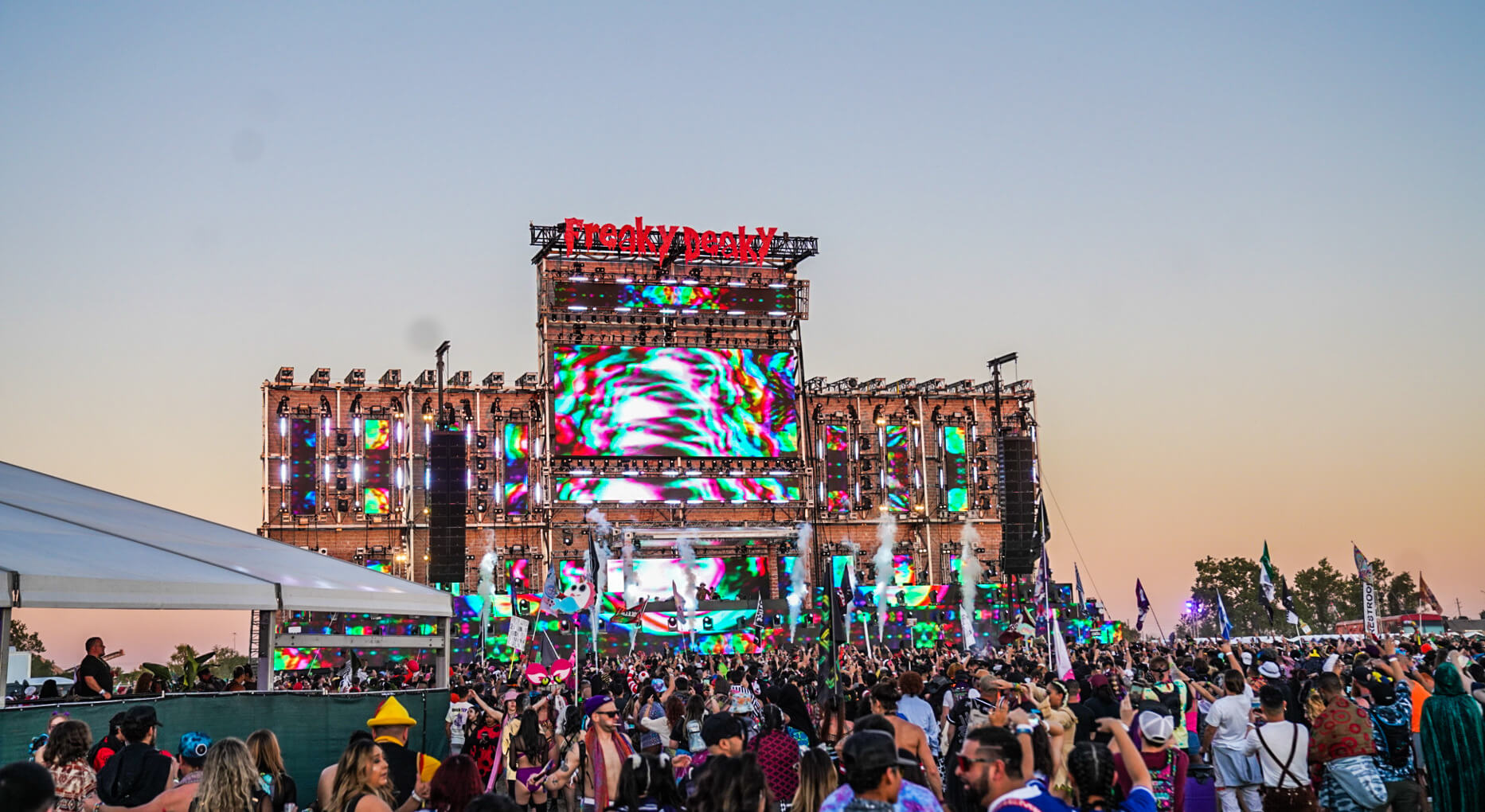 Trick or Treat: The Freaky Deaky 2021 Recap Is Here

By Ashley EggertNovember 4, 2021No Comments

The Halloweekend 2021 hangover is 100% still in full effect, but that only means we had a spooky good time at Disco Donnie’s Freaky Deaky Music Festival. Thankfully the weather was gorgeous for this 2-day long Halloween celebration that took place at Houston Raceway. With a stacked lineup, outstanding production, and even a haunted house, this was among one of the top Halloweekend celebrations!

Just like every festival, Freaky Deaky had its list of pros and cons. We’ve decided to do this recap a little differently and evaluate each aspect of Freaky Deaky!

Overall, we give Freaky Deaky 2021 a B on the festival report card.

The Houston-based festival attracts a wide range of attendees and creates a diverse
crowd atmosphere. Most people were courteous in our Freaky venture, and we thank those that
said, “Excuse me.”

The sound and stages at Houston Raceway reflected Disco Donnie’s idea for
the festival. Circus-themed stages with fans built-in among the LED screens were a unique
touch. Sound quality is always a hot point when attending a music festival, and the audio
engineers at Freaky Deaky deserve all the love this weekend. A common issue we’ve seen at festivals this year is stages being too close together and the sound massively overlapping, which didn’t seem to be an issue here! From the small stages to the main stages, the production quality was some of the best Disco Donnie Presents has to offer.

The wide variety of artists on the Freaky Deaky lineup allowed every type of
music fan to find their own groove. A house stage with blinding lights and an oversized bass
stage to ring our eardrums were enough to satisfy even the most stubborn attendee. Kayzo and
Adventure Club aimed to cure the thirst for pop-punk mashups, and Boogie T b2b Dirt Monkey
let us get our wonk on. To top off the lineup, Dabin and Said The Sky at sunset – sounds pretty, doesn’t it?

Houston Raceway possessed some improvements over the past Freaky Deaky venue- Sam Houston Raceway. There was more room between stages and more room for the crowd. The weather was a crisp fall weekend in Texas and not a smidge of humidity in sight. We didn’t get the chance to check out the camping aspect of the festival, but it seemed to be a good time from what we saw on Twitter! The main deciding factor on the rating for the venue is the parking situation. Thousands of people descend upon this Halloween festival in search of great times and good vibes. When all these people are funneled into a singular car line to enter the parking lot, it makes sense that it would take a while. While we understand leaving festivals can be chaotic, staff directing traffic might have cut down on time spent leaving the fest!

One remarkable part of this fest that can’t go without mention is Disco Donnie’s admirable efforts to continue problem-solving, even with the festival in full swing! While some things can’t be fixed on the fly, Donnie does what he can.

Looking for new music? Keep up with our weekly Spotify Playlist, Fresh Hunts. Updated every Friday with all the latest releases. Whether it’s the newest drops from Adventure Club, Dabin, all your favorite artists, some old-school, or underground…we just want you to hear it.