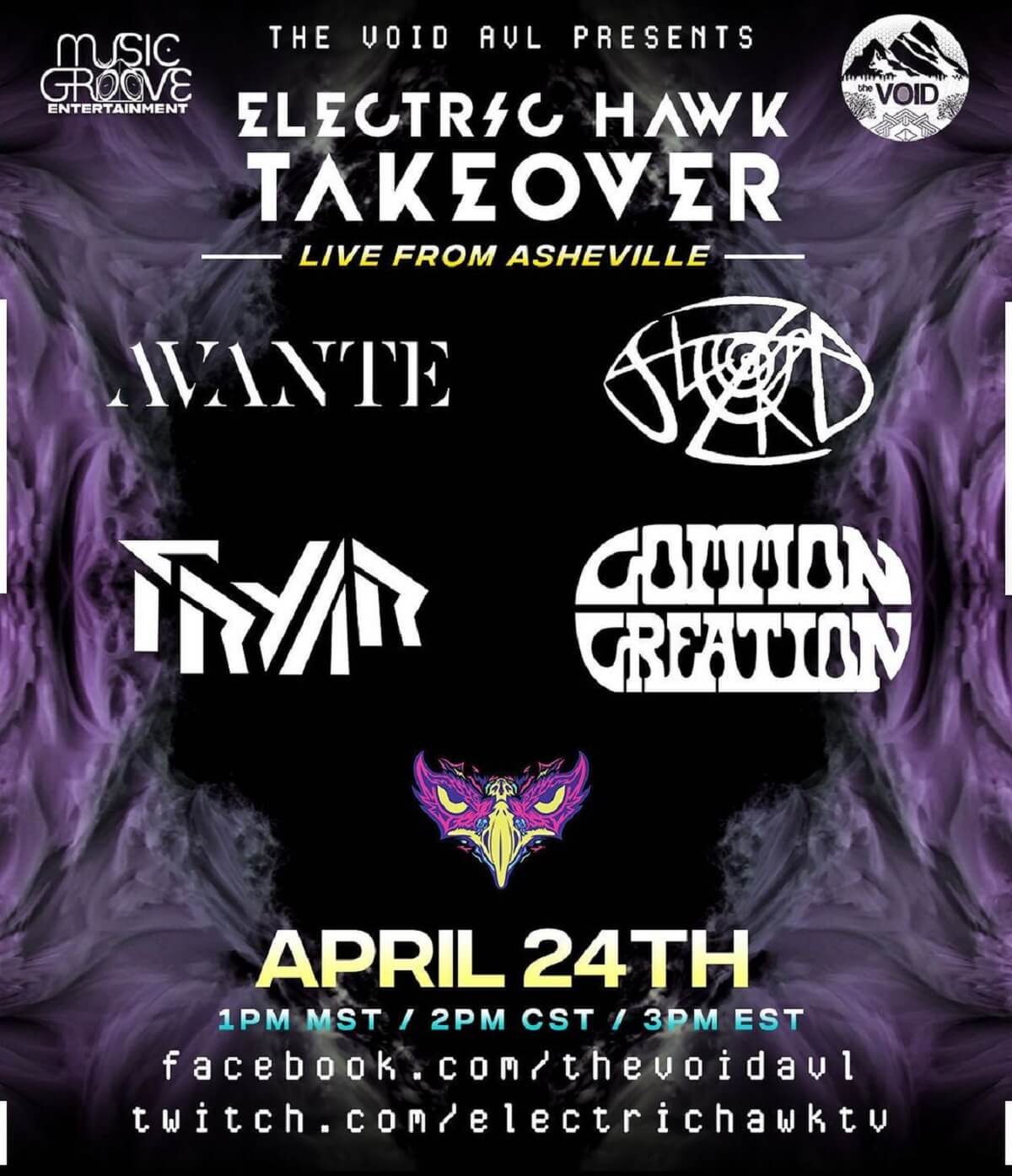 Electric Hawk is Taking Over a City Near You!

April showers bring May flowers, but it’s also given us a series of live streams from The Electric Hawk. Farrah’s All-Stars and Super Future’s Bicycle Day bass booted our minds into oblivion. And this weekend will come no different. Coming at you live from Asheville Music Hall, the Void AVL and Music Groove present an Electric Hawk takeover.

If you’re not in the chat on a Saturday afternoon, wtf are you doing?

Up first on the line up: AVANTE.

This special Electric Hawk takeover consists of these legends as well. SLZRD and Fryar are OG fam to the Electric Hawk. SLZRD’s hit “Maxing” and Fryar’s “Strife” hit us in all the right places at the beginning of 2021. These dudes show up on the EH bill time and time again, never failing to morph us into inflatable tube men.

And let’s not forget, an Electric Hawk favorite, Common Creation.

First and foremost, congrats to the mans on landing a spot on the Griz Space Camp lineup. We can only hope Common Creation carries this triumphant energy into the Void livestream. If it’s anything like the set he gave us last weekend, consider your body, mind, and spirit healed from the creative mind of Common Creation.

This may be our last live stream for the foreseeable future, but be on the lookout for an Electric Hawk takeover coming to a city near you!

And if you’re looking for new music, keep up with our weekly Spotify Playlist, Fresh Hunts, or follow us on Twitch. Whether it’s the newest drops from Avante, Common Creation, Fryar, SLZRD, all your other favorite artists, some old school, or underground—we just want you to hear it.