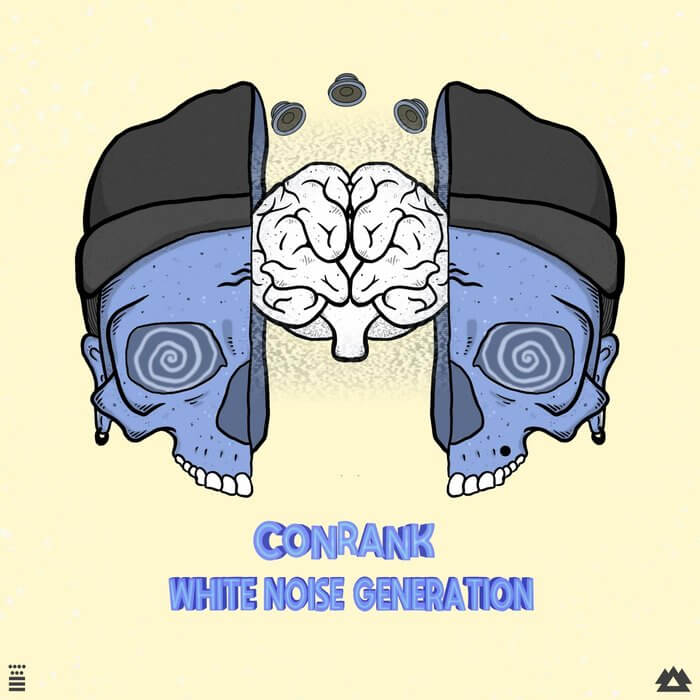 Get Rowdy with Conrank on ‘White Noise Generation’

Conrank, the UK producer who has dipped his toes in a variety of different genres continues his exploration into bass music on his latest EP. Releasing this project courtesy of Liquid Stranger‘s Wakaan label, it’s safe to say Conrank has demanded our attention with his menacingly, hypnotizing bass. White Noise Generation is jammed packed to the brim with explosive sounds that continue to push the boundaries of dubstep.

The EP begins and immediately dives into the chaos. Teaming up with the UK rapper Killa Kela, we get maybe 15 seconds into “Bulletproof” before we hear “let the games begin”. Well sh*t, we haven’t even finished packing the bowl yet. The breakdown is massive as the beat whistles and cries pleading for insanity. This abrasive cut will surely be a staple in upcoming streams.

“We’re Mucky” is just as grimey and filthy as the title suggests. Conrank recruits the skillfully versatile producer, Of The Trees. The old school dub vocals along with the sirens help to generate that signature UK dubstep sound rooted inside a modern age bass bumper. We are talking about that OG Caspa & Rusko bad boy selectaaaa tunes. And that second drop, mannnn don’t even get us started, we’re about to act up. The wubs and dubs collide for an epic throwdown that’ll start a frenzy.

The track has us feeling overwhelmed like everything is collapsing around us. Conrank and Slave come together on this one for a mutilated alien invasion with no shortage of monstrous bass. Blast this one in your car as you cruise. You’re definitely going to get some weird looks as you drive by for this one. That’s ok, worth it.

“Look Away” with fellow record mate, Drezza begins as what appears to be the most serene track on the album with soothing vocals gracing the intro. The song is instantly sped up and kicks into a higher gear. Suddenly, we are zooming through a meteor shower of overwhelmingly heavy basslines flinging at you in every which direction.

Lastly, the EP closes out with “On Set” featuring the young neuro artist, Grey Area. The trashing basslines are met with quirky little hints of glitches or breakdowns to further discombobulate your mind. Using hip-hop acapellas, the two elevate the intensity of track matched with the onslaught of neuro bass that’ll simply slather your mind.

Stream the EP Below:

If you’re looking for a solid playlist to follow, keep up with our weekly Spotify Playlist, Fresh Hunts. And make sure to follow us on TWITCH to see when we’re live streaming next!