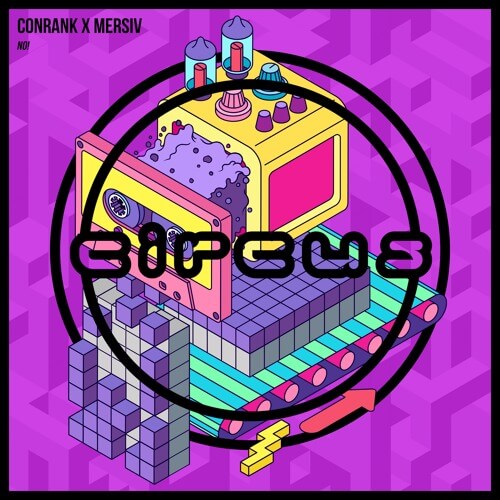 Mersiv & Conrank Team Up For A Bass Invasion On ‘No’

Prepare to have your eardrums shattered. Earplugs are highly recommended for this one. Courtesy of two guys who are making major noise in the bass scene right now. Mersiv & Conrank, join forces to team up for this menacing bass invasion titled, ‘No’. Can’t argue with that.

It was quite the last year for these two producers. They immediately exploded onto the scene providing bass music with innovative, new faces ready to conquer their own sound. Thanks to a collab with Bassnectar that is an absolute floor shaker, ‘Easy Does It‘, Conrank was able to gain tons of notoriety in 2018 around his LOUD and punishing basslines. The success only continued to unravel from there as we saw the producer release multiple EPs including a new album last year and working alongside other legends like Space Jesus and Dirt Monkey. The icing on the cake had to be an appearance at Deja Voom & Wakaan Festival, where the crowds were absolutely floored by this upcoming bass master.

Mersiv, had an extremely similar glow up. He quickly hit the ground running in 2018 and has simply never turned back. Playing just about every festival last summer was only the beginning. A highly, well-received debut EP, tons of mixes, along with other new music brought this guy into our lives for the foreseeable future. 2020 is already shaping up to be another massive year for the Denver native as he just announced a HUGE nationwide tour with the always groovy Manic Focus. We know this is going to be one of the hottest shows of the summer. So be sure to grab your tickets HERE.

“Conrank and I went crazy on this one and I’m so happy that you all get to blast it on the airwaves!” -Mersiv

‘No’ is the first collaboration between these two and man we can only hope there’s more to come. The energy that these two must bring when working in the studio together is contagious. We can only imagine these two pushed each other to their creative limits to produce this behemoth of a tune.

The track released on Flux Pavilion & Doctor P’s Circus label. The resident home to Conrank, which is the birthplace for this wild tune. As the song begins you can immediately spot the artists’ distinct sounds which makes way into a ginormous breakdown. It will ABSOLUTELY slather your brain and hit you in the face full-on like a speeding train.

We’re greeted by some hip-hop adlibs which along with an echoing siren provide the backdrop for the deadly buildup. As it feels like you’re suddenly running out of time, you faced with bass drop that is so powerful it needs a proper sound system. Sounding like an explosion of sound, the vocal chops make way over the screeching snares that teeter back and forth between insanity. Its freakin’ nuts.

Stream this new banger below. But, prepare to have the hairs on the back of your neck standing. Enjoy.

And if you’re looking for a solid playlist to follow? Keep up with our weekly Spotify Playlist, Fresh Hunts. Whether it’s the newest drops from Mersiv, Conrank and all your other favorite artists, some old school, or underground—we just want you to hear it.