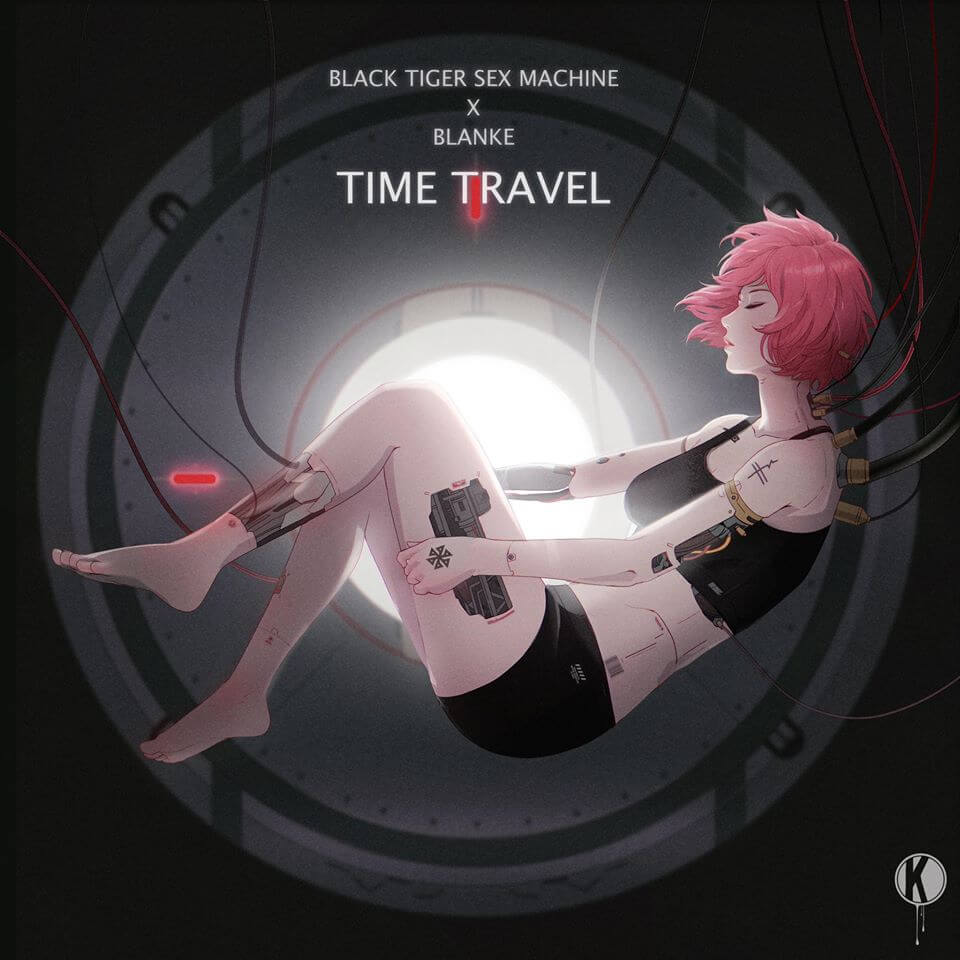 By Brianna IrvinJanuary 15, 2020No Comments

Black Tiger Sex Machine and Blanke have teamed up for their newest collaborative single, “Time Travel,” and this one is sure to get your blood pumping. Although they’ve worked together previously on their mid-tempo hit, “Hacker,” they took it up a notch for this one with zero restraints. Blanke even went as far to call it the heaviest song he’s released to date and, well… he’s not wrong. It’s an up in your face, break your neck, absolute banger of a song.

And good news, this single was released just in time! Black Tiger Sex Machine will kick off the first show of their 12-week Futuristic Thriller Tour tomorrow, January 16th.

This will be their biggest tour and production so far. BTSM is taking things to the next level with new music, new visuals, a whole lot of lasers, and an entire interactive movie experience. Blanke will be joining them as support, in addition to Apashe, Kai Wachi, LSDREAM, and Vampa.

Oddly enough, the girl on the artwork looks strikingly similar to the one featured in the tour preview. Coincidence, maybe?

Either way, we’re excited to watch it all unfold. Watch the trailer below and buy tickets for your city here!

Listen to “Time Travel” below! Out now via Kannibalen Records.