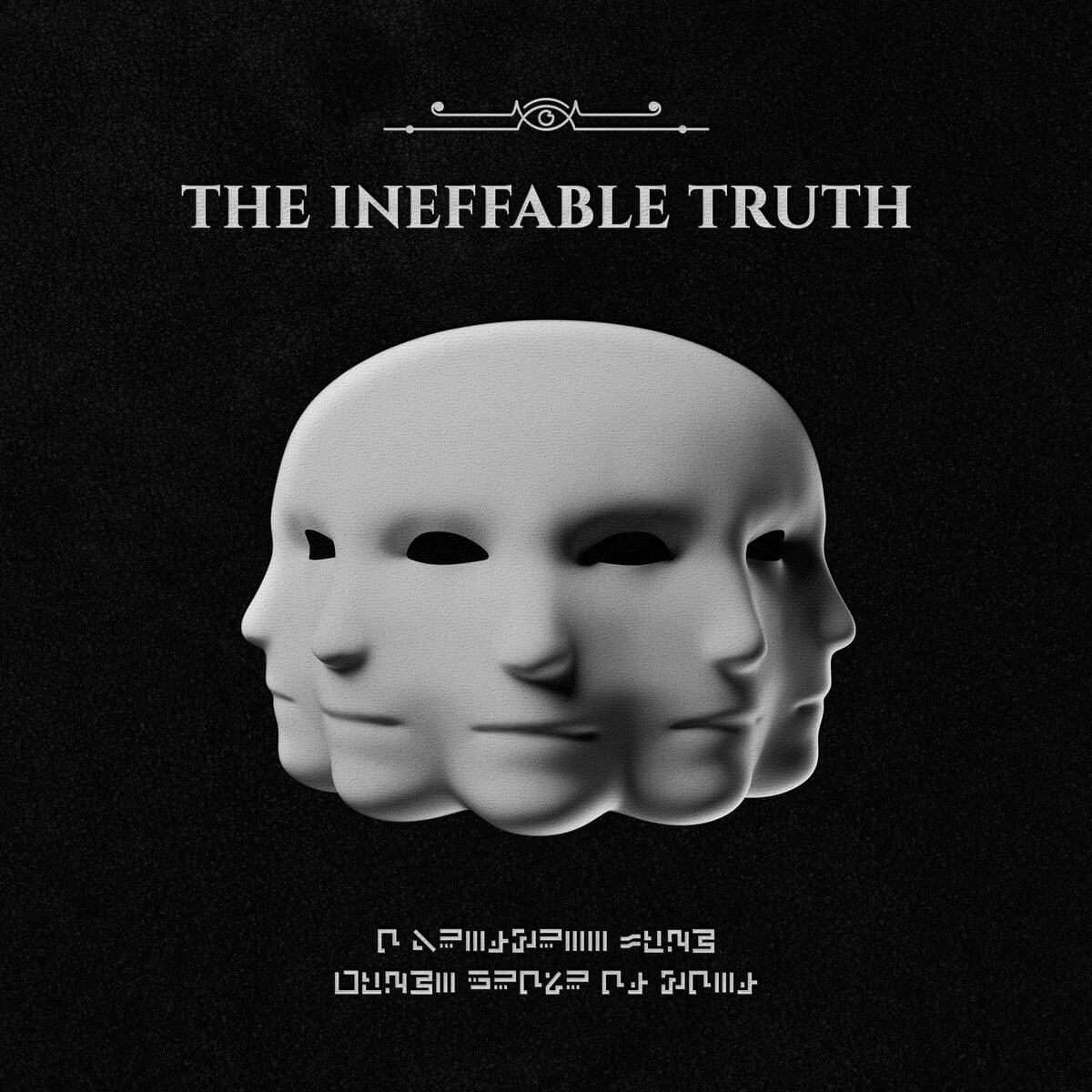 It is hard to believe that it has already been three years since G Jones blessed our ears with The Ineffable Truth. I can still remember the special day when this album became available on all platforms.  It instantly seemed as if the community recognized that this album was special. “I want to feed off this feeling… which seems to be coming from everything.” This line kicks off the journey that G Jones takes you on and sets the tone for the next hour.

One thing that sticks out to me on this album, is how well G Jones blends various noises together. “222/Unknowable” kicks off the album in a beautifully majestic manner. This song is a symphony of sounds that flow together perfectly. “222/Unknowable” makes you feel as if you are shimmering. The drums slam emphatically but in such a soothing way. He then seamlessly transitions into “Different Sound”, which awakens the listener with a skull-shattering baseline. It is mind-boggling how he is able to completely shift the energy so flawlessly. G Jones crafts each and every song to perfectly transition into one and other. This is apparent on these first two, as he shows his ability to take two drastically different sounds (no pun intended) and make them flow so smoothly.

Speaking of flowing, let’s talk about the healing, meditative downtempo that G Jones gave us on The Ineffable Truth. “Iridescent Leaves Flowing Downstream.” If you read his interview with Billboard, he gives the impression that this is one of the most meaningful songs on the whole album. This is such a gentile tune. One that immediately eliminates any stress, and instantly calms. It captures the feeling of healing and puts it into sound with intricate detail and beauty.

This song is named after a spontaneous vision I once had during a difficult time in my life a few years ago…it was an intensely life affirming and reassuring moment that I will never forget. This song is dedicated to that moment and feeling.

G Jones, regarding “Iridescent Leaves Flowing Downstream” in his interview with Billboard Magazine

In The Ineffable Truth, G Jones captures beauty among chaos.

Everything in this album is perfectly calculated. It puts the listener on the healing journey that G Jones intended. There are beautiful, cleansing tunes. This includes “Everything All at Once” and the previously mentioned “Iridescent Leaves Flowing Downstream.” Then, the heavy tunes that go off on the sound rigs, such as “In your Head.” There is also “Understanding the Possibility“, which, in my opinion, is a perfect song. G Jones leads this one off with a sparkling intro, before ascending into a massive drop. The sounds he creates are so unique and impossible to imitate.

Furthermore, there are songs that take the listener on a journey. He does this with “Time”, a song that G Jones made sure not to rush. As he said in the Billboard interview, “We should linger on this moment for as long as the song wants to be here.” “Time” is one of my favorite songs ever. A clock ticks ominously as the song begins. It starts off chaotic and speedy, resembling a jungle track. The rusty drums clang aggressively. Eventually, the track breaks down into some heavier bass, with the signature G Jones sound, before gently resting in ambient bliss. The ending is pure perfection. The bass gently guides a beautiful and light melody towards a relaxing finish. “Time” hits so many different moods throughout, all complimenting each other in unison.

After experiencing that journey, filled with moments of intensity, and finished with a climax of beauty, G Jones enters you into the realm that is “That Look In Your Eye”. This is one of the most beautiful songs I have ever heard. It has moments of darkness, sounding as if a demonic machine is trying to break through. G Jones pulls us right out of it and guides us into peace.

After a thrilling ride, the album is closed out to perfection.

Then it all wraps up perfectly. Towards the end of the album, a voice asks, “Do you have that pleasant feeling that you described before?” A voice answers, “Yes… I’ll never get over it.” It is as if Greg can read our minds and capture how this album as a whole made all of us feel. The Ineffable Truth sparks a feeling in the listener, one that can change them forever. It is the soundtrack to being pulled from darkness, into better times. Every song is so magical. The attention to detail is mind-blowing. All of the hard work has come to fruition, to provide us with something special. This album gets better with every listen. Three years later and an uncountable amount of listens later, it is still as meaningful as always. Thank you, G Jones.

Listen to The Ineffable Truth:

Looking for new music? Keep up with our weekly Spotify Playlist, Fresh Hunts. Updated every Friday with all the latest releases. Whether it’s the newest drops from G Jones, all your favorite artists, some old-school, or underground…we just want you to hear it.

During October, we also recognize National Sarcastic Awareness Month. Obviously, this is a massive cause for celebration. At Electric Hawk, we know how tough the world can be to the sarcastic. We recommend sending half of your paychecks to the most sarcastic person you know, then thanking them for their service