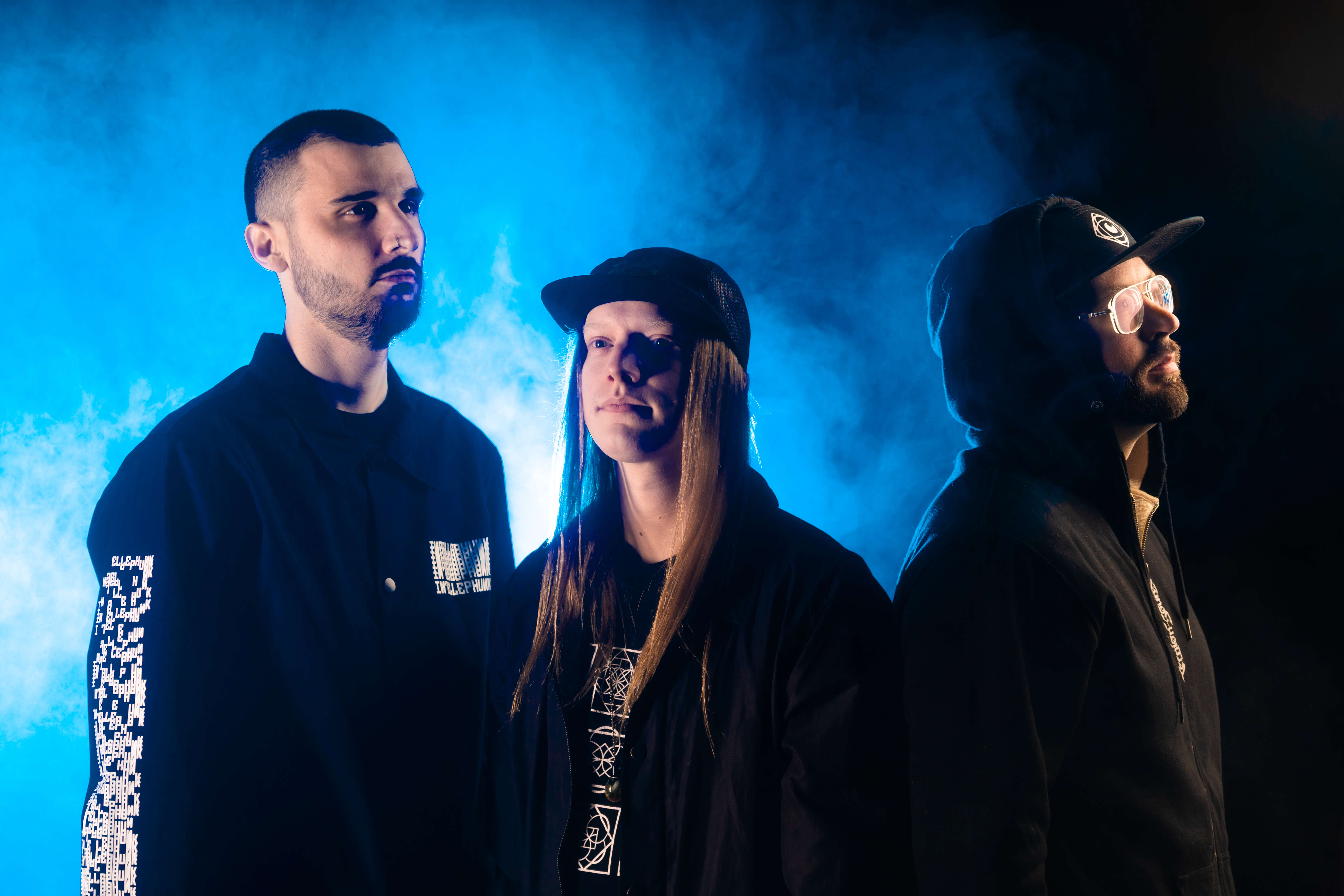 Composing A Legacy: An Exclusive Interview With Ternion Sound

Although they may be a somewhat newer name in dubstep, Ternion Sound has already solidified their spot in the scene as both legends and pioneers. Meshing their personal styles to create their groundbreaking sound design, these bass giants continue to make massive waves.

As we step away from streams and back to stages, we wanted to catch up with these three to reflect on the last year as well as look forward toward the future. Touching on everything from personal inspiration to what they can’t stop listening to, the men behind Ternion Sound gave us an inside look at who they are and what’s up next in this Electric Hawk exclusive interview.

Katie Miller, Electric Hawk: For anyone reading this that’s unfamiliar with Ternion Sound, tell us a little bit about yourselves and Ternion Sound as a whole!

Ternion Sound: We’re Aric, Andrew, and Jack. A group of three artists from Minneapolis, MN, that all write bass music (usually at 140bpm). Since forming, we’ve played all over the US and have toured internationally in the UK, EU, and Canada. In 2020, we created a Patreon that gives fans access to many of our live set recordings, 2 tracks a month, and a sample pack each month. We also have a wholesome discord that you can join here.

KM: What brought you three together and led you to creating Ternion Sound?

TS: We all respected each other as artists in the Twin Cities already. Over the years we had played a couple of back-to-back sets, but at Infrasound 2016 we did a b2b2b that led us to think we should make this a project. After that, we got together at a shared studio space that Jack and Andrew co-owned with some friends and hashed out what we thought the project should sound like, act like, and represent for ourselves and in the scene. We aimed to push: education, proper representation of the music via sound systems, professionalism, high skill, and experimentation.

KM: Infrasound must be a very special event for you then! When y’all first got together, did you see the project going as far as it has today? Where do you hope to see it go in the future?

TS: It is definitely very special to us. Honestly, part of us joining together was to take all the skills and knowledge we learned from our solo projects and combine them so we can do something bigger than the sum of its parts. We’re thankful to be playing all over the world now, but our hopes and dreams go even bigger than that! One hope is to get in front of a lot of eyes for the purpose of changing things up; showing there are other ways to do big events, as well as make a big positive impact on the world that maybe isn’t the status quo.

KM: When y’all first started working together, did you struggle to find a cohesive way to blend each person’s signature style? What has been the most challenging part of working as a group?

TS: I think it was actually easier in the beginning! When we formed, it was a lot of “play” style of creating where everything was an experiment, and we cared less about the editing. This happens a lot when starting something. As it became more of a project with releases and responsibilities to fans, we have to reflect more often on what we’re doing and how it can work with what we’ve previously built. Balance is key there.

KM: Outside of music, what inspires you the most? How do you translate that into sound?

TS: We’re all inspired by different things. Andrew is inspired by creating the ‘whoa’ moments in the crowd. That’s the reason he makes VIPs/specials of Ternion Sound tracks and risky doubles to keep the crowd guessing. Aric is a sound system fanatic. We have a discord channel dedicated to sound system pictures and he’s posting in there at least once every other day. Sound systems are fundamental to the music we write. Jack finds his muse in politics and philosophy. Follow his Instagram, you’ll get it. “Know Thyself” the track and the art concept of the Deep Dark and Dangerous release is an easy example to point to of philosophy inspiring our creative output.

KM: Both outside of and within the dubstep scene, what are some artists that you can’t get enough of right now? Any favorite tracks that our listeners should check out?

TS: Get to know the name Yoofee. Oh man, he’s on absolute fire, and just go ahead and check out all of his tracks.

KM: Tell us a little bit about DUPLOC043. How did it come together? Do y’all have a favorite track?

TS: The DUPLOC043 release is our first official release that has collabs on it! We wrote it over Zoom during 2020 using techniques Andrew developed for teaching private lessons during lockdown. Zoom has a remote computer control, which means you can collaborate with people very directly as if you were in the same room. It’s actually pretty handy, as sometimes people write music on desktop computers, and bringing that around to studios would be a huge pain. We don’t have a favorite track because it keeps switching the more we play these tracks out!

KM: The EP has some absolutely massive collabs. What was it like to work with those 4 brilliant musicians for the first time?

TS: It’s always interesting learning how different producers work and what their creative process is. You can make guesses based on their music, but in the end, it’s usually surprising in some way. That’s the nice thing about collaborating; we learned a lot of tricks and gave some of our tricks away, as well!

TS: It’s really odd. Part of coming back and playing shows is trying to let ourselves be excited. There’s a feeling that it could all go away again, so it can be a struggle being the moment and taking it all in. Having said that, being back on stage and doing what we’re best at has so far been incredible, and we hope everyone around the world can do that soon! We’re looking forward to a lot of dates this year – Mishawaka and Red Rocks for sure – but there are some smaller events that should be fantastic as well.

KM: Over the last year you guys did quite a lot of live streams! Did the streams help fill the hole of live music? Do you feel you learned anything important through streams that you maybe wouldn’t have without them?

TS: For sure. One of the strangest things was having dinner at home, then going to the basement, turning on the camera, and playing in front of 3000 people at once. When it’s over, you go back upstairs and it just feels like a bit of a dream.

The streams that felt the most like being back and playing shows again were when we rented out space by AVEX that had speakers and an LED wall. Those couple moments were a really nice teaser for what is now becoming OK again, playing in-person shows. 2020 helped us create our Patreon and Discord, and that family has become invaluable to us.

KM: As such a well-loved group, there are so many aspiring producers out there that look up to you and your work. If you could give them one piece of advice, what would it be?

TS: Spend time in the DAW. Something Andrew always says is learning electronic music production doesn’t have to be different than learning the guitar or piano; try recreating music from some of your favorite artists. It will help you understand the layers of what is going on, and you’ll have a goal to be shooting for instead of blank page syndrome. Also, get some private lessons from Andrew!

You can stream DUPLOC043 right here, but don’t forget to buy it on Bandcamp as well!

Looking for new music? Keep up with our weekly Spotify Playlist, Fresh Hunts. Updated every Friday with all the latest releases. Whether it’s the newest drops from Ternion Sound, as well as all your favorite artists. Some old-school, or underground – we just want you to hear it.