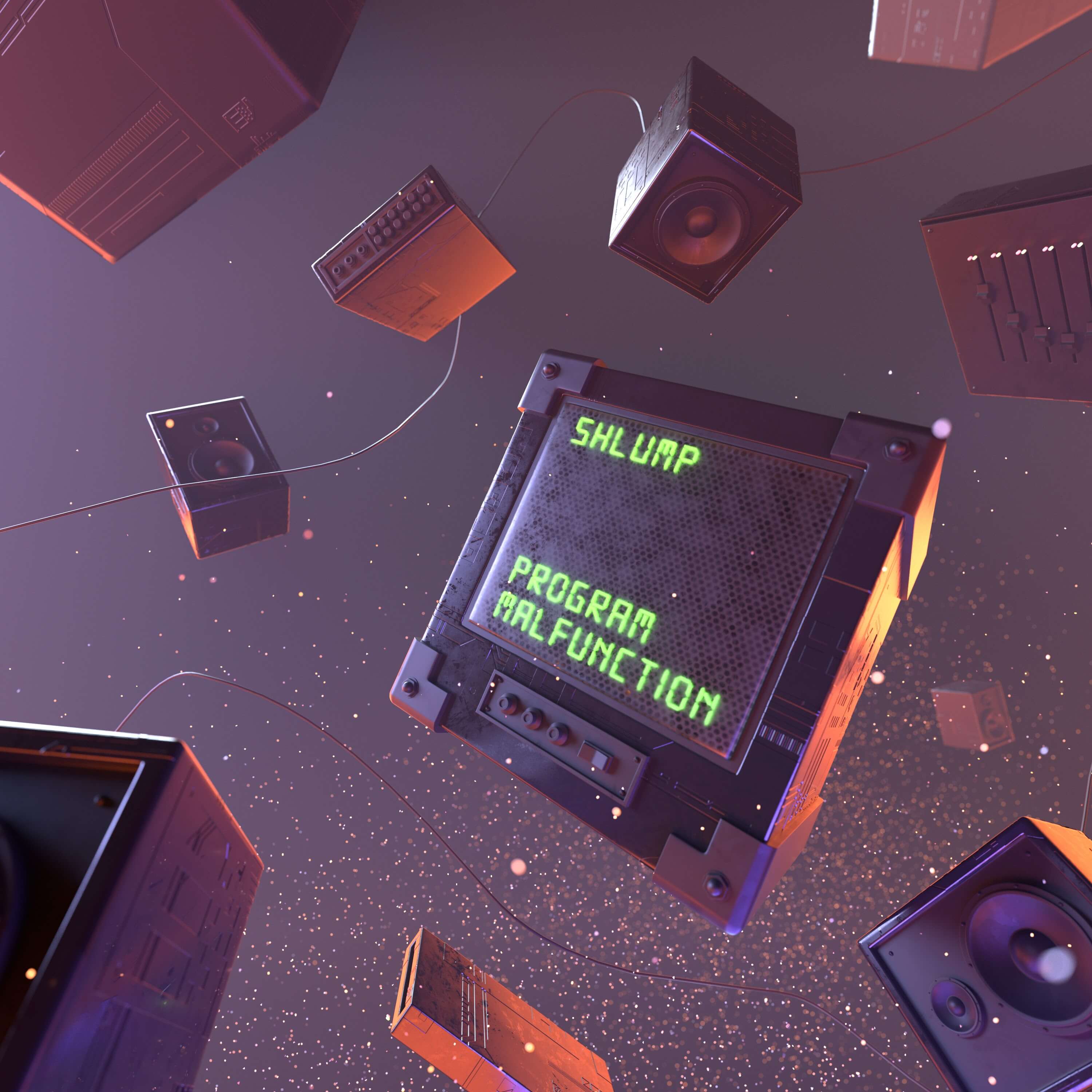 Shlump Endeavors into Uncharted Madness on his New EP

Welcome home. Everyone’s favorite extraterrestrial overlord, Shlump, from a bass haven in another dimension galaxies away has transcended down upon us once again. This time, gracing us with a full-length EP to feast our insatiable taste for chaotic behavior. Step inside the mainframe as we plunge into the depths of Shlump’s intrinsic production. Enter the Program Malfunction EP.

The Californian producer delivers his first project since the mind splattering collab EP with fellow Wakaan artist, LSDream. It was before this that Shlump shared his Wakaan debut and last solo EP, System Crash. The Program Malfunction EP feels fitting as the next installment of this intergalactic, bass bending series. Teaming up with the prestigious dubstep label Circus Records over the past year, we’ve been teased with a few singles off the project. It seems as if this project is a culmination of his learnings between new and old school sounds. Combining the two, Shlump is prepared to take listeners on an epic journey of deep discovery.

The project begins with a collab featuring Call Me, titled “Program Malfunction”. The two pair up once again with their massively big brains to kick off this EP appropriately. An unconventional upbeat house like melody bridges any sort of normality that is about to be thrown tf out the door. As a classic newscaster bit informs us of the program interruption, all sanity is lost. Synths come firing like lasers screeching and halting over a deep bassline. We’re going to need a lot more collabs where this came from.

“Hardcore”, previously released in July, was Shlump’s grand welcoming to the Circus family.

This track could have come out years ago and I would still be talking about how insane it is. This track is MASSIVE and that’s a major understatement. It’s dark, it’s gritty, and just instills a level of confidence in you that you never knew you had. Ominous chimes echo in the background as the hardcore vocals beef up the intensity. Synths blow the roof off the function with their mutilated, abduction like grasp that seeps into your brain. Meanwhile, this is all supported by an enormous drum kick that ties the madness altogether brilliantly. Prepare yourself, as this one certainly has justified its name.

“Lose Control” is a masterful display of Shlump’s embark into the deep depths of his otherworldly portal. Pulling in legendary, old school dubplate sounds, he immediately recreates hazy, darkroom vibes. As the frequencies begin to diminish and the bass becomes thicker, synths ring off as some sort of alien-like communication. Teetering and growling, the track spirals into insanity as we simply can’t help but lose control.

This iconic dubstep tune by the renowned Doctor P became the foreground for a breakthrough in the genre for years to come. Eight years later, Shlump has done a magnificent job of breathing new life into the track while still maintaining its illustrious value. Harping on signature vocals and mesmerizing piano melody, Shlump builds up the anticipation for a jaw-dropping exhibition of monstrous basslines. The cherry on top for a remarkable project.

Stay in touch with Shlump:

Stay in touch with Electric Hawk & all our coverage: