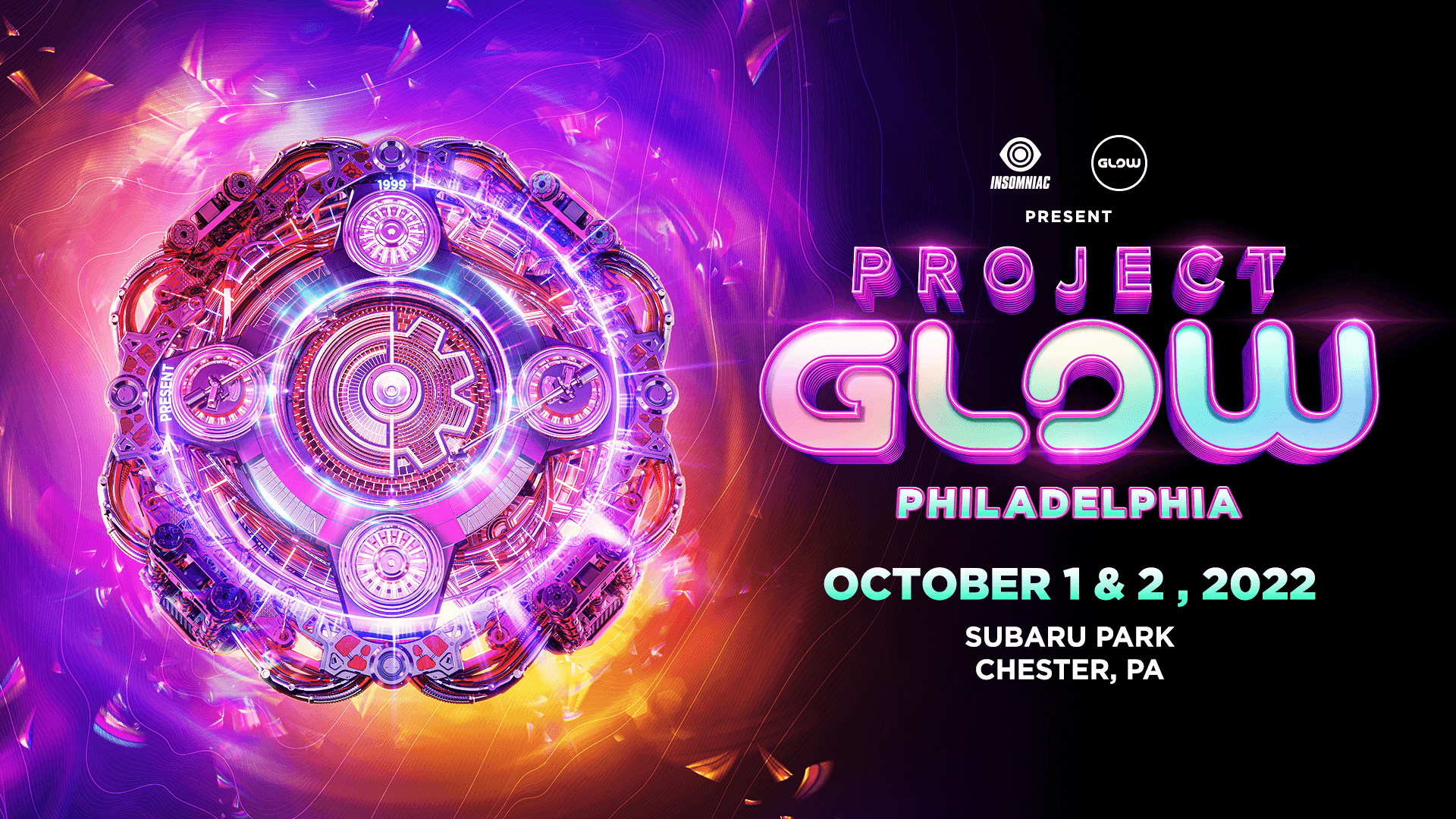 Earlier today, Insomniac announced the lineup of their next Northeastern festival venture, Project Glow: Philadelphia. The landmark festival made its dazzling debut in Washington D.C. in April of this year. Back then, more than 40,000 attendees embarked on a celestial trip in the heart of the nation’s capital. Now, Project Glow: Philadelphia brings together love and music (and chilly weather) on October 1st & 2nd, so pack a couple of jackets, please.

From RFK Festival Grounds in D.C. to Subaru Park just outside of Philadelphia, PA – Project Glow plans on shining a light on yet another city. Featuring a lineup with captivating artists such as: Alison Wonderland, ILLENIUM, Troyboi, Martin Garrix, Gigantic NGHTMRE, and Dom Dolla b2b Green Velvet for the house heads.

The Pulse Stage will feature a spectacle of LED lights and video towers positioned within the audience. This technology will be busting out the hottest dance floor hits from Insomniac Records and the speaker-stretching sounds of Bassrush. Electronic music anthems will consume each stage and we trust Insomniac’s vision to highlight each artist on the lineup in unique form. If there is a boiler room stage, then you better believe we will be boolin’.

Introducing the lineup for our first-ever #ProjectGLOW Philly!🔔🔊 Join us October 1+2 as we illuminate the City of Brotherly Love.🎇

Club Glow has been an East coast event promotion powerhouse for over a decade. Some may know them as the company that helped build the mega-venue, Echostage. The 3000-person event center was voted DJ Mag’s #1 Venue in The World by fans in 2021, the first-ever North American venue to ever win. Club Glow and Insomniac teamed up in 2020 to begin working on the bigger and better of live music, Project Glow.

Giving Back To Our Communities

Both companies behind Project Glow, Club Glow and Insomniac, have teamed up with the Children’s Hospital of Philadelphia to send a portion of the festival’s proceeds to help children in need with better treatment and quality-of-life services. Music is one of the strongest medicines in the world (except maybe laughter and actual medicine). So, witnessing staple companies in our community come together to give back warms our hearts here at Electric Hawk HQ. Shoutout to the Club Glow, Insomniac, and Project Glow teams for making this a large part of the festival.

Back To The Music

Primarily home to Major League Soccer’s Philadelphia Union team, Project Glow’s next iteration will transform the festival grounds outside the state-of-the-art Subaru Park stadium, which sits alongside the Delaware River bank. To be clear, music and running water go together like peanut butter and waffles. Philadelphia is the ideal location to expand the Insomniac and Club Glow brands. With plenty of exciting surprises, enticing attractions, and a monstrous lineup of dance music artists slotted to perform, tickets for the October 1-2, 2022 festival are on sale now!

Project Glow: Philly may sell out, so get your ticket HERE before they are gone.