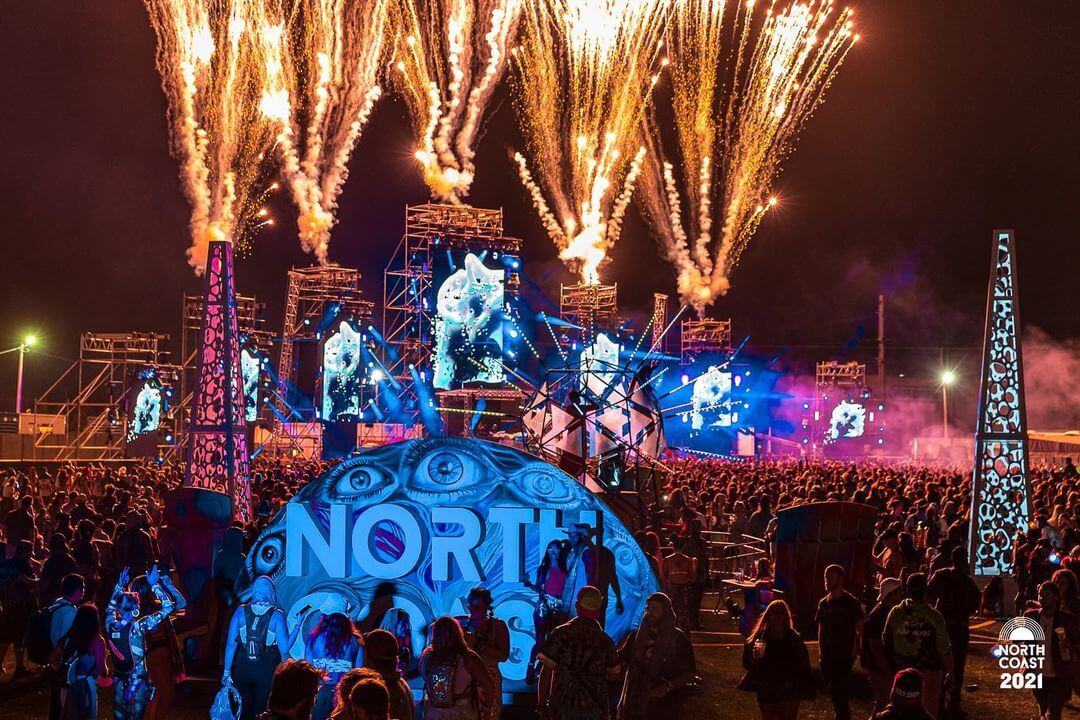 The long-awaited return of North Coast Music Festival shook up the Chicago suburbs this past weekend. Talk about a turnout that left us in awe and totally speechless! The 11th year celebrating this festival at SeatGeek Stadium was nothing short of breathtaking. Having an approximate 26K people per day for a total of 78,000 in attendance, North Coast Music Festival delivered to its attendees moments met in unity, movement, laughter, and love.

After almost two years of pressing pause on festivals, we felt it’s important to make note of the aspects that really made North Coast stand out to us. Upon entering the gates, it was immediately clear that all five stages had their own unique production. The main stage included a stadium setting which offered festival-goers a weekend’s worth of some of the most popular names to electronic music. The Canopy stage hosted a plethora of house music, while the Vega consisted of a weekend of takeovers. Let’s not forget about everyone’s favorite traveling bus, the Panky Rang. Following a proper silent disco that included an array of art installations surrounding.

Kicking Off The Weekend With a Bang

This story is told through the eyes of a couple of Hawks. While it may not be the same experience you may have encountered, one thing is for certain. Friday was spent running from stage to stage trying not to miss some of our favorite producers in the scene. The massive Dirtybird takeover at the Canopy and WAKAAN takeover at the Vega had us dropping that thang and breaking our necks. Some of our favorites from this day consisted of Chicago-native INZO, Wax Motiv, and LSDREAM. While many camped out to catch a Liquid Stranger set, it’s headliner Kaskade that stole our hearts to cap out night one.

On Saturday morning, you probably woke up sore, but your body craved for more live music. The Stadium satisfied those cravings by kicking it off with the riddim, only to move through a downtempo CharlesTheFirst set. We have to go off about DJ DIESEL throwing down some absolutely killer dubstep. As the night continued, we slowly shifted over to the Canopy stage for Dom Dolla into Green Velvet, whom later went back to back.

If you grooved your way through the entirety of the This Never Happened takeover, you truly had a blessed day. With never-ending talent, like Le Youth and Sultan + Sheppard, this stage held unlimited magical vibes. Lane 8 played through his Brightest Lights album as VIP samples that had us singing along in harmony. With blissful spirits from other stages’ sounds blaring in the background, we danced our way over to Griz with teary eyes as we realized the night we’ve just lived.

After sending it the previous night to some late-night sets, our weekend had us staggered but waiting in anticipation. If you were able to make your way out of those stadium stairs on Sunday kudos to you. Going into the festival, it was no surprise that there were schedule conflicts, but the last day held the brunt of them. Between the Spicy Boys takeover on the Panky Rang stage and Tycho followed by Bonobo at the Canopy, we knew we’d be missing out by having chosen to vibe all day in the Stadium.

The main stage consisted of four female producers that have changed the scene for the better. GG Magree, into Lucii, then Nora en Pure got the party right. While Chris Lake brought the deep Chicago house we’ve all grown to love. My mind is still blown over the fact that REZZ not only brought out deadmau5 but also managed to drop both EPROM and Ivy Lab for a killer set. Which led us to everyone’s favorite Sunday special, Zeds Dead. Now whether you’re new here or twenty-five Zeds Dead sets in, the boys poured one out for the homies in Chicago by gracing our lives with this stellar performance.

Some lessons learned from cherished memories

Major festival hack if you haven’t done this yet: set the daily schedule as your lock screen. This will save you time and a headache from continuously making sure you’re not missing out on your favorite artists. Also, festivals must always take into top consideration with means of transportation. After two nights making the best of getting us out of the lots, North Coast went back to the drawing board to assure safety. We truly have to give it up to them, after hitting a couple of bumps in the road this festival season as we adjust our way back into festivals.

We find it important at the end of the weekend to take in the moments you’ve made from cultivated love this weekend to feed your soul in everyday life. Share those same acts of kindness to create a positive impact for those in your communities. We are capable of raising awareness of how we want to help one another in order to create peaceful environments.

September is National Suicide Prevention Month. Year-round, there need to be discussions over suicidal thoughts and mental health conditions. However, September offers a dedicated time to come together and learn or share strength about a heavy topic. The National Alliance on Mental Illness exists as a source containing information to raise awareness about suicidal thoughts and mental health crises. More people carrying the knowledge and tools will help more family members and loved ones down the line.