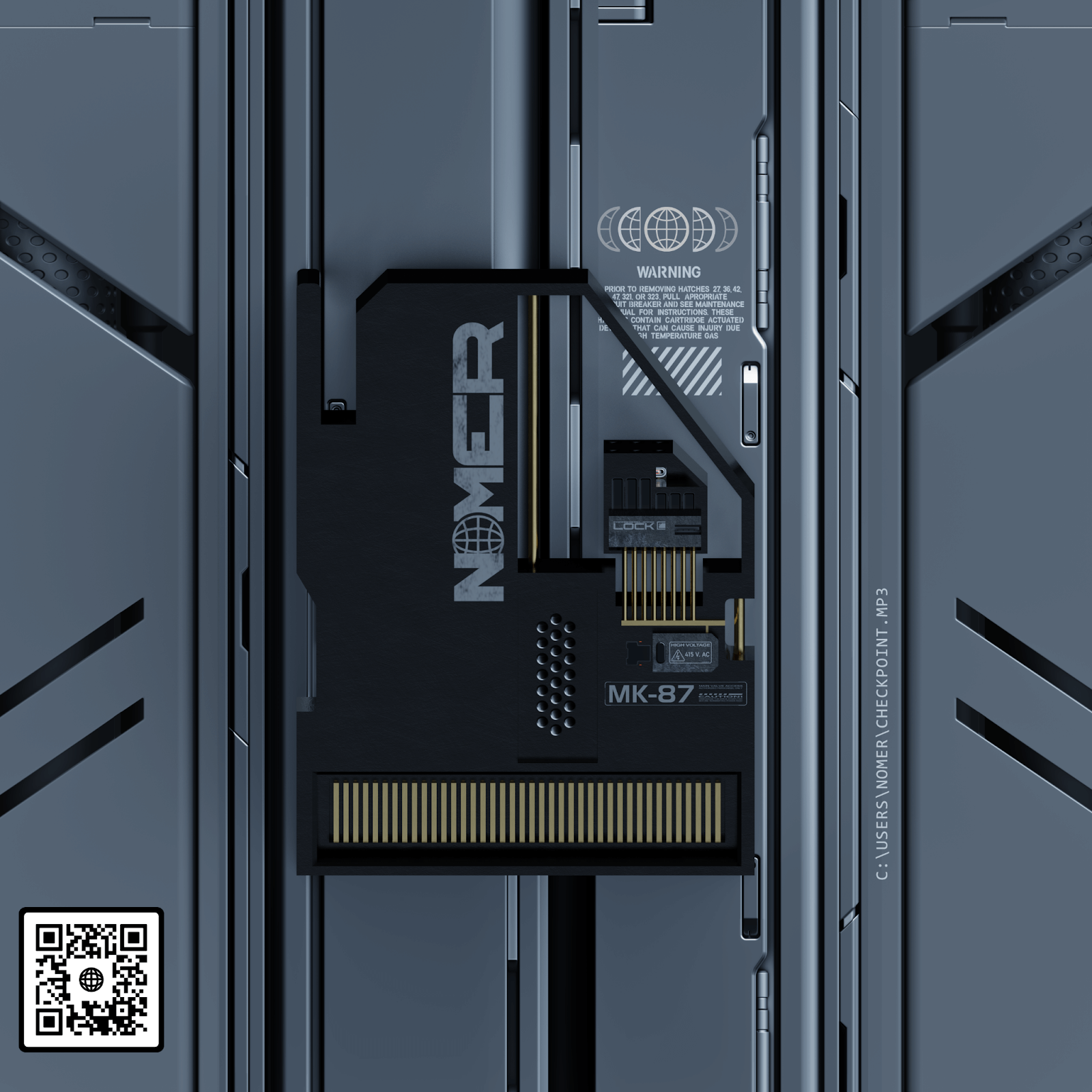 Nomer resurfaces from the depths to present his latest single, “Checkpoint.” Released on July 15th, “Checkpoint” showcases a mixture of sounds that influenced Nomer’s sound, culminating in a tantalizing track. Indeed, Nomer incorporates halftime, hip-hop, and drum and bass diabolically in “Checkpoint.”

Nomer caught Electric Hawk’s attention during the quarantine period of the pandemic, performing as part of the Harmony music festival series under his previous pseudonym, Numstep. Since then, the Detroit native further honed his sound as Nomer. His debut single “Tunnel Vision” broke down doors with its explosive sound, and he continued impressing halftime fans with his remix of Saka’s “Salvo.” Now, he unveils his affinity for drum and bass with this latest release, “Checkpoint.”

“Checkpoint” is a lot like Redbull – energizing and addictive.

Paced at 172 beats per minute, Nomer shows off his halftime proficiency alongside his love for neuro and drum and bass in “Checkpoint.” Following an ominous introduction for this latest release, Nomer immediately incorporates a sinister drum and bass rhythmicity; he merges the mischievous and haunting aspects of halftime with the vigor of drum and bass. Not only that, but the futuristic samples smattered throughout “Checkpoint” are reminiscent of neuro.

Throughout the track, Nomer carefully balances a slew of percussive textures; demonic punches echo underneath a staccato melody and hi-hats that feel like rain tapping the window. Meanwhile, distorted vocals vaguely mimic record scratches. Not only that, but occasional glitch glisses help render a technological environment.

Nomer satisfies the love for halftime and the insatiable craving for drum and bass in “Checkpoint.” This track is almost devilishly delectable, rich with sinister sounds and irresistible energy that beckons to dancers. One listen of “Checkpoint” is simply not enough, and listeners are left impatiently waiting to hear what Nomer has in store for his next release.

Join Nomer at the next “Checkpoint” here!

Looking for new music? Keep up with our weekly Spotify Playlist, Fresh Hunts. Updated every Friday with all the latest releases. Whether it’s the newest drops from Nomer, all your favorite artists, some old-school, or underground… we just want you to hear it.