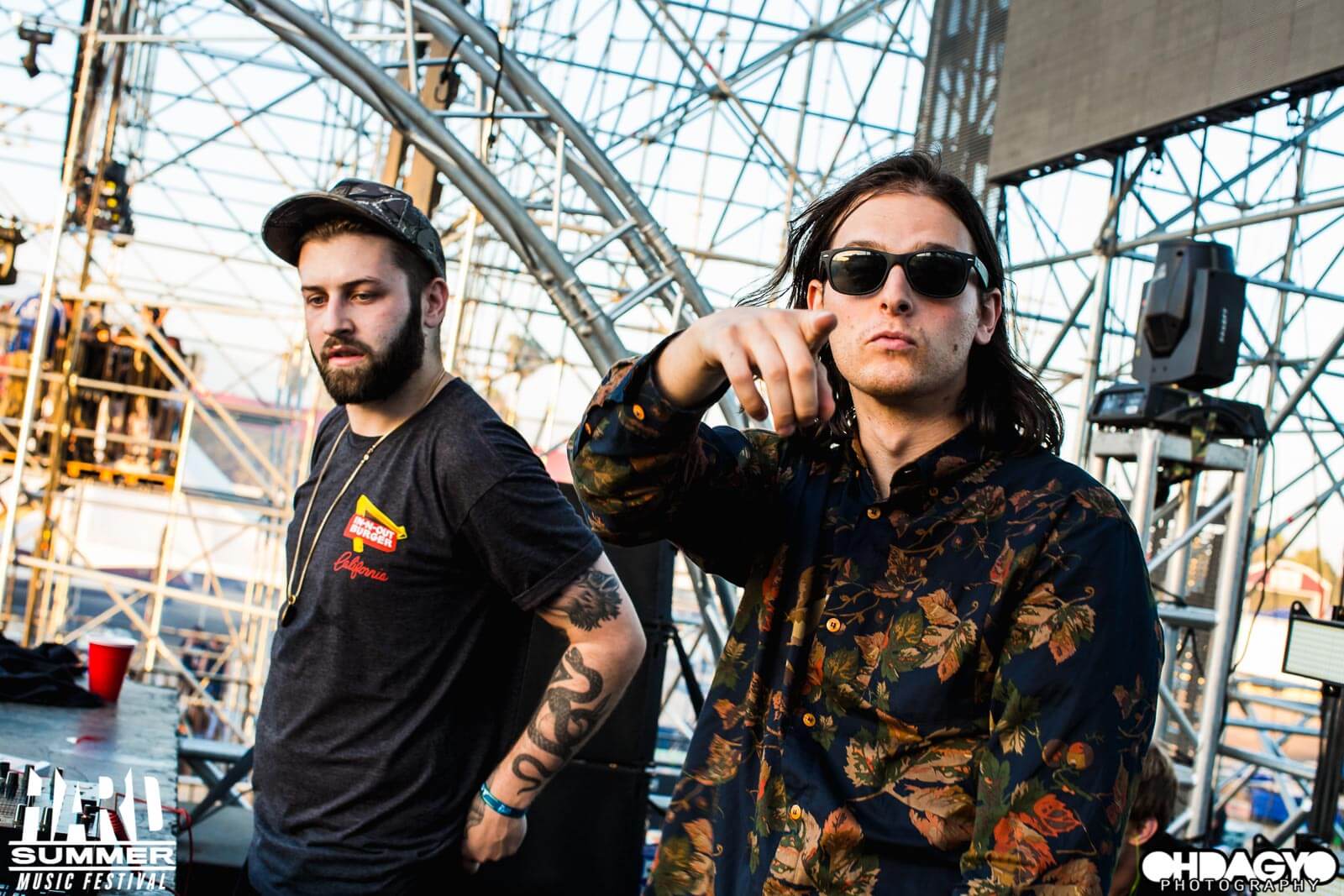 That’s who I’ll be discussing today, and let me tell you, this has been incredibly difficult for me to think of. I’m sure if you’re as big of a Zeds Dead fan as I am, you might get confused and even angry at the title of this post. Randomly asking me to list my top 5 Zeds Dead songs of all time is like a scenario where Bassnectar holds a gun to my head and whispers in my ear through his luscious hair that I need to pick who to save between my mother or my father.

I couldn’t fucking do it.

The dubstep duo, the Bass Kings of The North, DC and Hooks, whatever you like to refer to them as, are known for having a vast array of tracks, ranging from chilling downtempo productions like Dimemories, a dancehall influenced tune with Major Lazer called Turn Around, and adrenaline pumping, bass heavy bangers such as Crank with Omar LinX. Their remarkable versatility and talent allows them to traverse all genres with ease, while never allowing themselves to be categorized into just a single genre, and they’ve proven time and time again that anything they touch can turn to sonic gold.

Based on how much of an essential staple a song has been within their live performances, the amount of success that further boosted their career and relevancy, and prime examples of their signature sounds, here are The Top 5 Greatest Zeds Dead Songs Ever.

Zeds Dead – In The Beginning

Yes, indeed. In The Beginning was quite possibly the biggest hit from their 2012 EP release, The Adrenaline. Bearing an old school feel of dubstep, this one remains an iconic song for today’s bass music fanatics. If you’ve known of Zeds Dead and dubstep for quite some time now, this one must ring a bell.

Although it wasn’t a main driver for reaching to the audience that they’ve garnered today, it’s been the staple introduction song for the after-party and pre-party sets for several years now.

This is a track that would begin to creep into your head just moments after they took the stage in an extremely intimate venue.

The crowd’s roars begin to get flushed out, you can start to feel the bass of this track more and more each second that passes. Your head turns, you almost begin to lose your breath, you can feel the tension in the atmosphere, and the air suddenly feels electrified.

You have no idea what’s about to happen. All you know is that this is the beginning, and your soul is about to be rocked to its core by the time they are done with you.

A true Zeds Dead classic, White Satin has become one of the duo’s most underrated and emotional songs for many dedicated fans.

Sampling The Moody Blue’s “Nights in White Satin” for this one, DC and Hooks have mentioned that their sound is influenced by a plethora of genres and older music. They’ve also gone to remix music like Nina Simone’s Don’t Let Me Be Misunderstood, and some of that psychedelic aesthetic truly shines throughout their sounds.

Frequently placed in the center of their sets, this song is one hell of a roller coaster of what already is a roller coaster of a performance if you have seen them live. The first few moments of the song gathers the entire crowd together, uniting them for the ride they’re on. Paired with the echoing vocals and the subtle guitar plucks, an overwhelming rush of angst hits you in the face like a cold breeze, but suddenly, the signature “Zeds Dead, baby” sample from Pulp Fiction chimes in, and then in unison with the crowd around you, you take a downhill nosedive straight into a world of bass.

If we were to make a contest of the most emotional tracks Zeds Dead has created, it would be blasphemous to leave this majestic piece out of the Top 3.

Hearing the first note of the piano strike during live performances, hearing Memorecks’ soothing vocals weave their way into the surroundings, this song takes a powerful grip of you like no other.

Cheers, cries, screams of all kinds are heard around you, and you realize just how much this song really means to people as the build up progresses. The entire universe comes to a complete stop for a moment before the drop, and you may even find yourself shutting your eyes and letting yourself be swooped away somewhere else.

Have a listen to this gorgeous masterpiece.

There’s no way in hell this one wasn’t going to be brought up. Lost You is a must have for The Boys in their live sets, and served to be a prominent driver in their success. This has summer vibes and good times all over it. I could literally get hit by a car going 90 miles per hour but if they were blasting this as they pulled over to help me, I would still be in a decent mood. Losing the ability to hear right after learning about this song must be the cruelest form of torture. I’d rather fucking die. That’s how amazing this piece is.

I’ve witnessed Zeds Dead live 10 times now, and every time this song has been brought out from their arsenal. Let me describe the experience:

It’s about 33 minutes into the set. You’re filled with adrenaline, you’re tired, knees weak, arms heavy, there is vomit on your sweater already.. Just when you think you might have a moment to take a breather, you hear something familiar. The claps intensify, everyone around you begins to cheer, laugh, smile, and even screech. You now find yourself turning to your friends shouting the lyrics as loudly as you can that even people passing by the venue or festival grounds can hear it. The people you love, even strangers, all looking at each other right in the eyes and pointing at each other as if directing the song to them. This moment is everything. You feel a warm blanket of bliss overwhelm you, and you stop to think, “I wouldn’t be anywhere else but here”. This song, man.

Get lost in the sauce and have a listen here.

Jesus Christ, this song is a trip in itself. There’s literally nothing like it. When this song dropped, DC and Hooks basically were on the mic telling everyone to go home.

This is a true dubstep classic. Mesmerizing vocals, paired with grimy synths, sounds that just never feel like they existed in our universe, and jam packed with bass like an ice cream sandwich. Start to finish, your attention is fully invested into the world of Zeds Dead, and by the end of the song you’ll see goosebumps all over your body. Every hair on end. You feel like you’ve just had an out of body experience by the end of the song.

The VIP version of this is just as intense, along with an addition of Omar LinX.

This song has been played as an encore throughout the Northern Lights Tour in 2016, and I vividly remember people grasping at their heads muttering “what the fuck just happened?”.

The song skyrocketed to popularity through UKF’s Youtube Channel, a common source back in the day for discovering dubstep. It passed 100 MILLION VIEWS in the last year, and currently sits at a cool 114,690,000+ views. Absolutely astounding.

This is not a attack on any songs. As I said in the beginning, it was an arduous task to select just FIVE songs. Music is subjective, and I understand if a specific song may mean more to you.

What would your Top 5 Zeds Dead songs be and why?