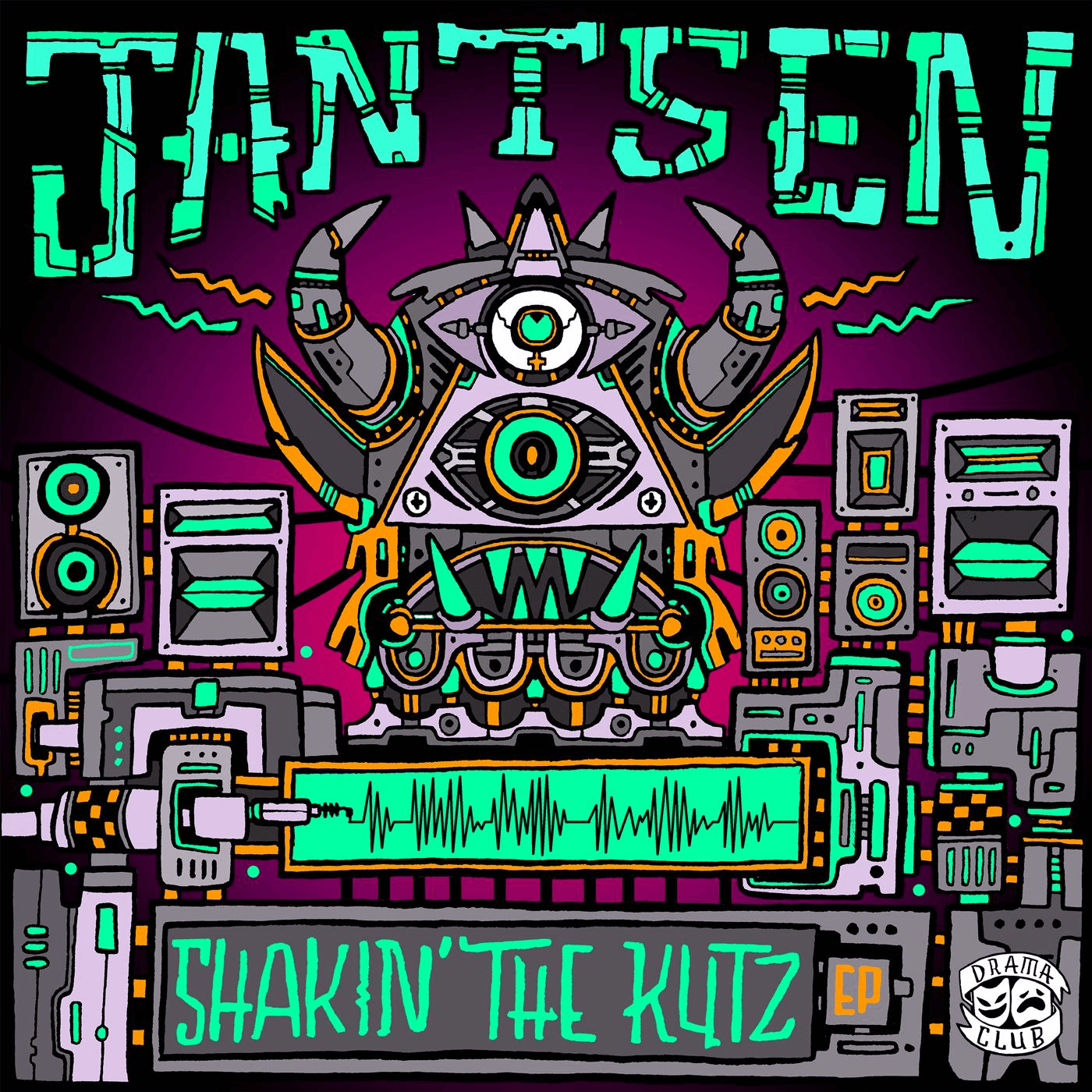 The newest release from Boogie T’s Drama Club Recordings comes from one of dubstep’s most consistently exciting producers. Jantsen delivers one wobbly ride with his new Shakin’ the Kutz EP, featuring two tracks that made us forget we ever took any time off from dubstep.

Jantsen immediately brings listeners back to the intensity of his sound that we know and love. This track is dangerously hot. In other words, “Get The Funk” doesn’t mess around. On the B-side, “Shakin’ the Kutz” demonstrates Jantsen’s finesse in the studio and places us right back in the middle of the crowd at the venue as if no time has passed. Oh, the nostalgia.

We were able to chat with Jantsen about what he’s been up to, the new EP, and of course, what’s coming up for the rest of the year. 🙂

Alyssa, Electric Hawk: Jantsen! We’ve missed you. What have you been up to lately?

Jantsen: Just working on music! Getting ready for when shows start opening back up and preparing for what the rest of the year will look like.

A: What made you go with Drama Club for this release?

Jantsen: We’ve been talking with Drama Club for the last year or two about doing something, and it finally came together for it to work out for this release.

A: How have you been staying creatively motivated through such a weird time and without live events?

Jantsen: It’s definitely a little bit harder to stay motivated to consistently, or even write music when there’s no shows to perform at. But, this break has been much needed. As far as getting inspired to write music goes, it’s never too difficult to get the wheels turning again! There’s a lot of cool music coming out right now- in lots of different genres- to be inspired by.

A: Give us a little hint- do you have anything exciting being booked for this year? We hope to see you soon!

Jantsen: All I can really say is that there are shows being booked again, and a lot of music getting ready to be released. If all goes according to plan it should shape up to be a big year 🙂

A: How have you grown as an individual and as an artist over the past year?

Jantsen: Besides all the COVID stuff, there has been so much change in my own personal life as well. My life has done a complete 180 and has been flipped upside down. I feel like the main thing that I’ve gained in the past year is getting a little closer with family and friends, which is an area that needed a lot of attention. And, spending more time with my daughter has been great.

A: What’s something you’ve always wanted to do, either in music or in life, that you haven’t done yet?

Jantsen: I think it would be cool to curate an event or festival that was all my own vision.

Jantsen established a massive presence in the scene with his signature sound. Influenced by many genres such as the blues, rock, and hip hop, he continues to bring a style that is constantly evolving, yet true to his unique style.

If you’ve ever been to a Jantsen show, you’re well aware that his personality stands out during his sets. His energetic stage presence is contagious. After everything that’s happened in the bass community last year, we’re so grateful and excited to be able to see Jantsen do his thing again.

And if you’re looking for new music, keep up with our weekly Spotify Playlist, Fresh Hunts or follow us on Twitch. Whether it’s the newest drops from Jantsen, all your other favorite artists, some old school, or underground—we just want you to hear it.

March is Women’s History Month. An opportunity to celebrate the successes and also acknowledge the difficulties women face across the world. If you’re looking to support organizations that work to promote women’s health, gender equality, workplace equality, community development, and more, you can do that here.