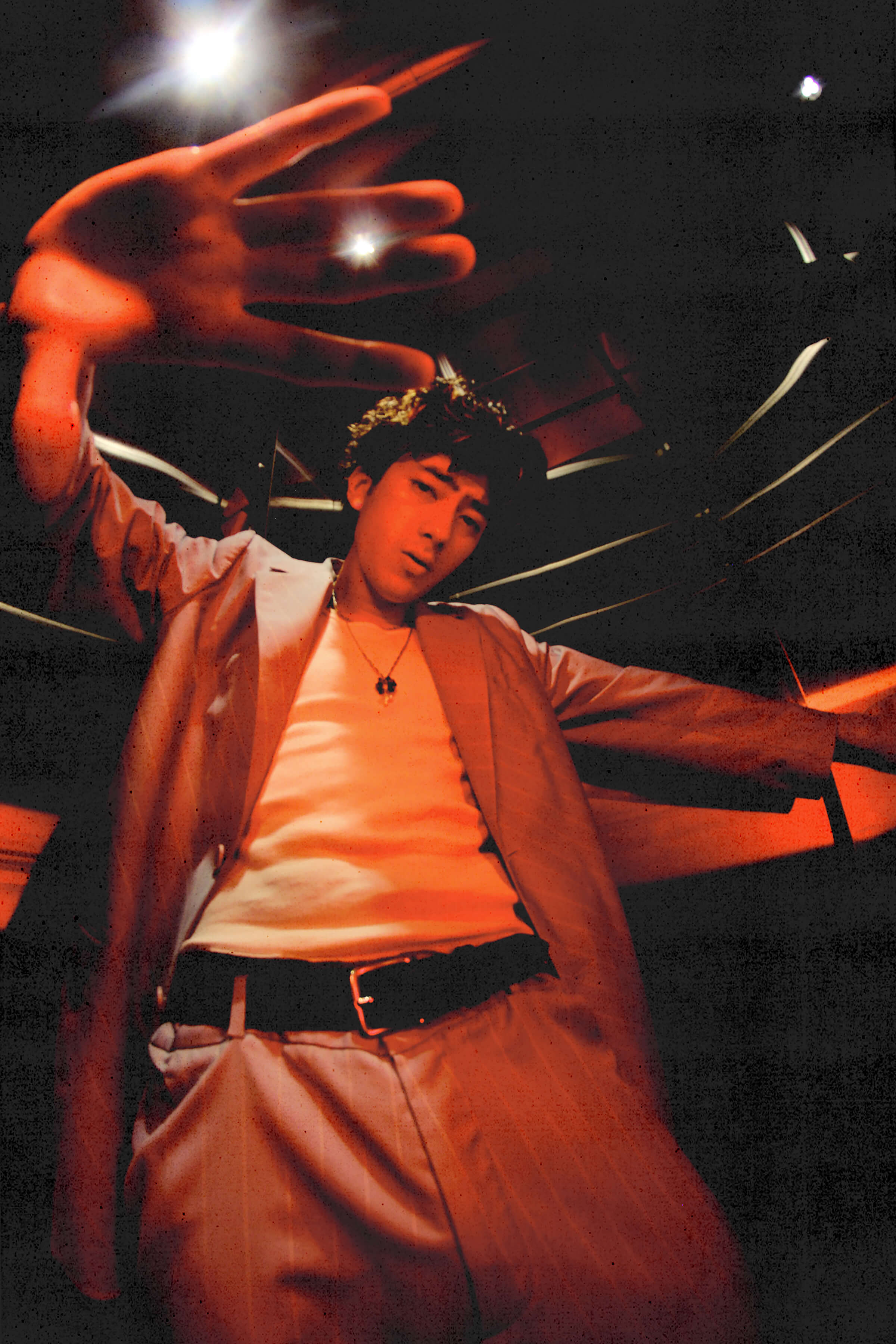 The rising producer and singer James Ivy has produced a stomping EP while marching along Porter Robinson’s Nurture Tour. Good Grief! comes at a pivotal moment in the musicians career as he joins acclaimed artists Porter Robinson and Jai Wolf on this illustrious U.S. voyage. Coming off packed shows at Brooklyn’s esteemed venue, Avant Gardner, James Ivy and the new musical tools in his arsenal are setting their sights on the Mile-High City.

Many people recall James Ivy from his magnetic performance during Porter’s Secret Sky livestream. The charismatic musician also struck several chords within viewers and attendees with his live-streamed “Second Sky” performance at Robinson’s West-Coast festival earlier this year. Ever since the induction of Second Sky, Robinson’s curated festival in Oakland, fans have been put on to upcoming artists to keep an eye on. The Nurture Tour heading to Mission Ballroom in Denver on November 8th & 9th this year is no different. James Ivy has been one of many artists that Robinson redirected the spotlight onto. Being featured alongside James Ivy will be Jai Wolf and production levels that make Pasquale turn over in his sleep.

Just in time for the Nurture Tour, Ivy recently released a prominent EP Good Grief! that pushes the boundaries of punk music with electronic influences. Ivy shares that Good Grief! “really embodies this anthemic, larger-than-life sound that I’ve been trying to capture in my music for a while.” While the chickens go to roost, let us discuss James Ivy’s newest jams and how they cultivate an optimal atmosphere for a Nurture night out.

Ivy initiates the EP with an uptempo, lively tune that makes the feet wish to flutter. The NYC-based musician wastes no time by lunging at our heart with, “And all I’m thinking of. Is the last time that you said. You wanted me that bad.” The inaugural track on the EP already has us ready to “Buckle up, floor it” on this emotional crash course.

“Snakes” in the Grass

The second track of the EP highlights the codependent nature of our love. Everyone wants to feel something and nothing, and most of us get jaded looks. Ivy tears a page out of our diary by describing just how soul-sucking being in love can be sometimes. Without proper communication, “We do not feel еqual anymore; I become a dеmon in a dress,” sounds exactly like every past relationship I’ve had. We all just want to feel something. This song accomplishes that task and more.

Down Bad in the “Dirt”

One cigarette will not suffice for this song. Sometimes love is clean, easy, and a little cheesy. Other times, love is dirty, flirty, and very cheesy. According to Bo Burnham circa 2009, “Love is your favorite food for every breakfast, lunch, and dinner.” Dirt is a cheeky reminder that placing all our apples into someone else’s basket can leave us melting into the ground.

A crowd favorite. A ditty that channels the 90’s anthem “Semi-Charmed Life” by Third Eye Blind. You know the song is a hoot when the YouTube comment section goes off like it’s 2008. “Last Star'”took an extra amount of time to listen to and review because we had to high-tail it to the nearest Sally’s and dye our hair Blue. “James Ivy dyed his hair blue, so I did too.”

We’re All Just “Pushin’ Thru It”

The final track off James Ivy’s Good Grief! EP combines cinematic synths and catchy lyrics to craft a refreshing take on electro-punk, bursting with nostalgia. Although Ivy claims, “It didn’t turn out how I wanted,” the vocal inflections and compelling chord changes instruct us to believe differently. “Pushin’ Thru It” is nothing short of a masterpiece, encompassing every emotion and memory uncovered during the past 11 minutes. If Shrek was made in 2021, my money would be on this song landing a pivotal soundtrack placement. “Parfaits may be the most delicious thing on the whole damn planet,” according to Eddie Meyers cosplaying a talking donkey. Good Grief! by James Ivy is the most scrumptious pop-punk EP released this year, according to a guy cosplaying a writer.

The Nurture tour has witnessed thousands of people lining up early to secure their groups a prime spot for the show and drop a paycheck on merch. While the mob waits for 2 hours to buy a T-shirt, the real ones will be in the crowd for the multi-talented Pop-Punk icon that is James Ivy. If you would rather wait in the egregious merch line than witness the showmanship that James Ivy brings to the stage, we have nothing to say to you other than Good Grief!

Will you get caught “Pushin’ Thru” the crowd at Mission Ballroom for a Nurture Snapback? Or, will you catch James Ivy’s set and say Snap, He’s Back? The choice is yours. “The World is Ours.” Lastly, remember that the Nurture Tour is a family event. Moshing is only allowed to Anamanaguchi songs and remixes. In all seriousness though, be respectful to your fellow concert-goer, try to put your trash in your pockets; not on the ground, and thank the security guards as you walk out.

Looking for new music? Keep up with our weekly Spotify Playlist, Fresh Hunts. Updated every Friday with all the latest releases. Whether it’s the newest drops from James Ivy, Porter Robinson, all your favorite artists, some old-school, or underground…we just want you to hear it.