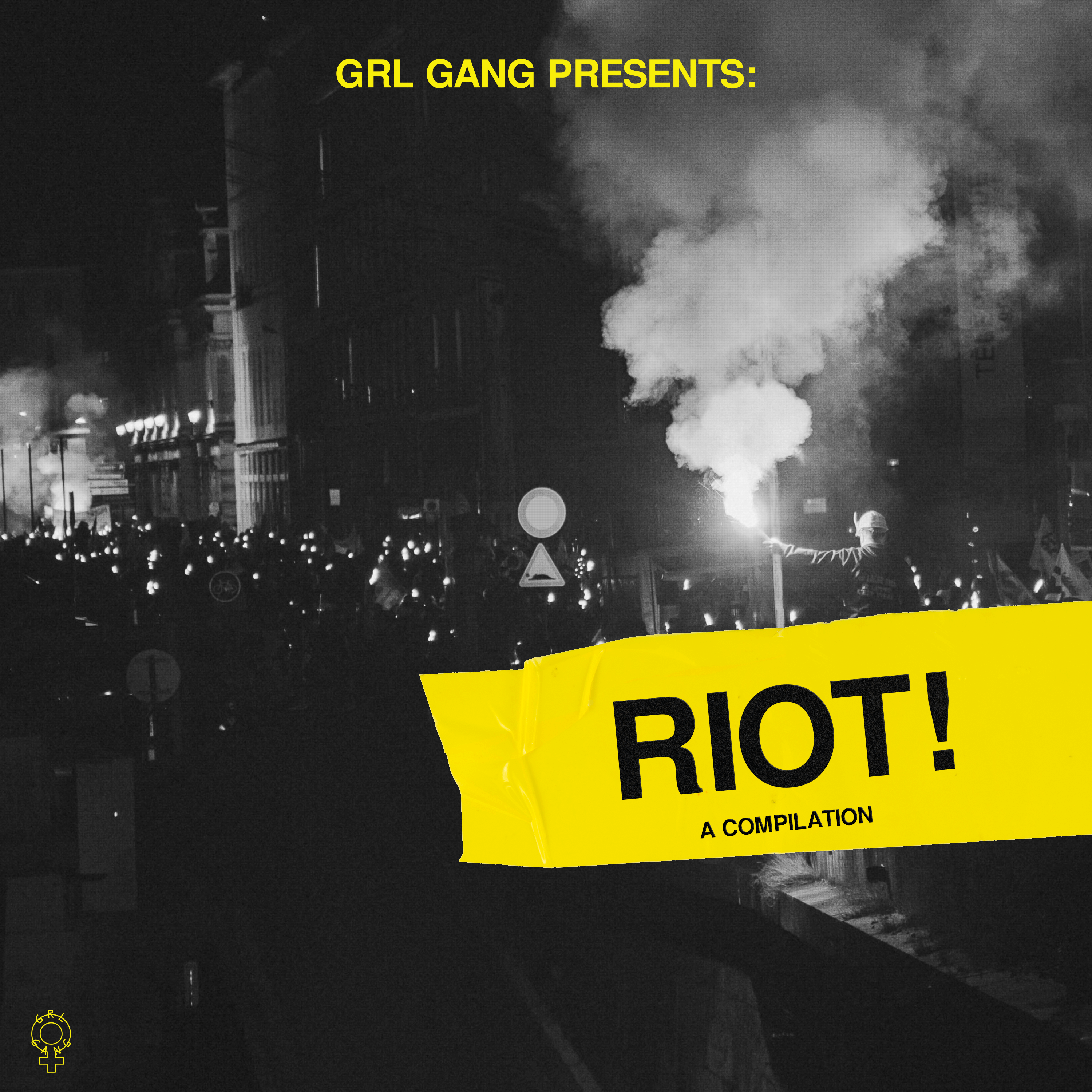 For International Women’s Day, Jeanie‘s GRL GANG blessed us all with their 10-track compilation album RIOT!, featuring songs from Jeanie, Sippy, MADGRRL, Level Up, risik, Lizzy Jane, and many more. In an industry as male-dominated as EDM, it’s important to recognize the many, many talented women who make huge contributions to our scene. Not only on International Women’s Day. But everyday. Likewise, not because they are women. But because they are killing it right now and we wouldn’t be where we are today without them.

All proceeds will be going directly to Girls, Inc., a non-profit organization with the central goal of empowering and inspiring girls and young women.

NYC-based Jeanie founded GRL GANG in February 2019. GRL GANG is platform and community pledged to expand the presence of women in dance music. Not just for DJs and producers, managers, publicists, artists and more also form the the ranks of this initiative. Conclusively, 2020 is sure to be big year for them if the RIOT! compilation album is any indicator.

Jeanie is on many artists-to-watch in 2020 lists. Initially, she made her festival debut in 2018 at Big Dub and Camp Bisco. Following this, she continued her rise in 2019 with releases on Dim Mak. Also, artists like Excision, Liquid Stranger, and Alison Wonderland have supported her productions. In 2020 she has numerous tour dates accompanied with her fellow GRL GANG artists.

“I am extremely proud and excited to release the first-ever GRL GANG compilation in honor of such a special day. The producers involved are all extremely talented and have created tracks I am beyond thrilled to share. I look forward to helping shine a light on some of the amazing women in dance music through this compilation and the many others that will follow!”

RIOT! opens up strong with an absolute heater, “Inferno”. It’s a collaborative effort from Jeanie, Sippy, MADGRRL and Level Up. It’s massive build flows right into an even more heinous drop that takes no prisoners.

Sippy is a Deadbeats phenom who just wrapped up her tour with Zía. Coming up she has solo dates as well as supporting performances with Zeds Dead. MADGRRL is playing Space Yacht @ Beyond Wonderland soon. In addition, she has been supported by major labels like Never Say Die, Disciple, and Dim Mak. Finally, Level Up has exploded onto the scene this past year. She’s played a Lost Lands’ Soundcamp and is currently on the Subtronics debut Headline tour.

Next, comes the second track “High Again,” produced by Lizzy Jane. Thumping bass and wobbly drops are the signature of this song. Lizzy Jane is a Tampa based-producer who is a staple of the Florida bass scene. For instance, she is a regular performer at The Ritz in Ybor. Also, Lizzy Jane recently played Forbidden Kingdom Festival in Boca Raton. Finally, she is also known for her curated SoundCloud series, The XO.

Jinx produced the third track “Make You Mine”. This drum and bass exposition has haunting vocals and infectious melodies. The Orlando native has also been making a splash in the South Florida scene. Jinx recently played Okeechobee Music & Arts Festival and several dates as support for Zeds Dead.

Hailing from Ohio, producer risik created “Queen Bitch”. This track is full swagger and experimental soundscapes. risik is no stranger to GRL GANG: she curated episode 002 of their Guest Mix series. She is also known on the east coast for running industry workshops for women to share knowledge and network. Also, risik created the airplane mode music collection.

LAYZ puts down a monstrously heavy track, “Umbra”. With demonic vocals and heavy bass chops, this track is not for the feint of heart. Only 19 years old, this Maryland producer has made a name for herself in the DC/Baltimore bass scene in recent months for her energy and lack of mercy. Recently she provided support for NGHTMRE and Sippy & Zía, and coming up she is playing sets before SweetTooth and then Downlink.

Track six is the brainchild of Baltimore-based producer Zingara. “Zodiac” incorporates elements of old-school dubstep and has an ominous ambience. Zingara has been mixing/producing for a bit over a year but that belies her talent. Moreover, she is definitely someone to keep an eye on over the next few years. Also, she recently provided support for Subtronics and Sippy & Zía. Coming up, she is performing on the same card as LAYZ for SweetTooth.

Also from Maryland, Austeria delivers us the eerie track “Poison”. Its slow pace and foreboding build deliver a haunting feeling. Also, this track is full of spooky sound effects that creepy-crawl on the back of the listener’s neck. Coming up, Austeria is providing support for Virtual Riot and Calcium in Philadelphia.

Next, “BANSHEE” is brought to us by space.wolf. It begins with dark vocals and a screech right into a plucking soundscape. This NYC-based producer grew up studying Celtic and Classical violin. As a result, elements from this are evident in “BANSHEE”. Inspired by the festivals she loves to attend, space.wolf decided to produce her own music.

Aria Bare and Mirin_doja collaborated on the ninth track of the album, “Purity (Beg For It)”. It has a pulsating bassline and overall shadowy vibe. The track is very well thought out in terms of building and relaxing suspense. Moreover, the listener is kept on their toes right up until the end. Both producers hail from Portland, Oregon.

Finally, Z3RØ5um produces the tenth track in the RIOT! compilation album. “Pinging Space (Hyperspeed Edit)” provides some levity after the dark vibe of the previous tracks. For example, smooth drums and hyper-tuned effects soothe the air and relax the listener. Originally from Arizona, Z3RØ5um now resides in Ohio where she produces and runs a podcast.

Keep up with GRL GANG

And if you’re looking for a solid playlist to follow, keep up with our weekly Spotify Playlist, Fresh Hunts. Whether it’s the newest drops from GRL GANG all your other favorite artists, some old school, or underground—we just want you to hear it.