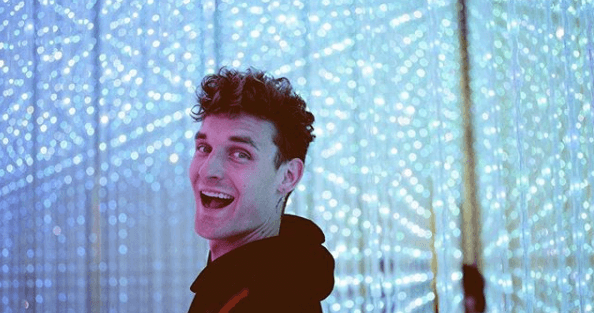 GRiZ just has a way of making us move on the dance floor like no one else can. With his endless funky vibes and overall high spirited tracks, GRiZ consistently comes out with incredible tracks. Today, GRiZ dropped his newest single “Could U” on Night Bass. As if we weren’t already pumped to see him this summer, this track has us fiending for this festival season even more.

Featuring his own vocals over a funky beat, GRiZ has crafted the perfect track for us to not only get down to on the dance floor but to sing at the top of our lungs. The first drop embodies everything we know and love from GRiZ . The drop features a silent vocal interlude into a steady beat that’s perfect for shuffling. The rest of the track continues on into a steady stream of breakdowns and psychedelic and disco-inspired sounds that take us into a world on GRiZ could create.

As if one new track wasn’t enough, this new release comes with an added bonus club mix of “Could U”. This mix features extended versions of the drop featured in the original because deep down, GRiZ knew we wanted to dance just a little bit more.

Listen to “Could U” here:

And if you’re looking for a solid playlist to follow? Keep up with our weekly Spotify Playlist, Fresh Hunts. Whether it’s the newest drops from GRiZ and all your other favorite artists, some old school, or underground. We just want you to hear it.