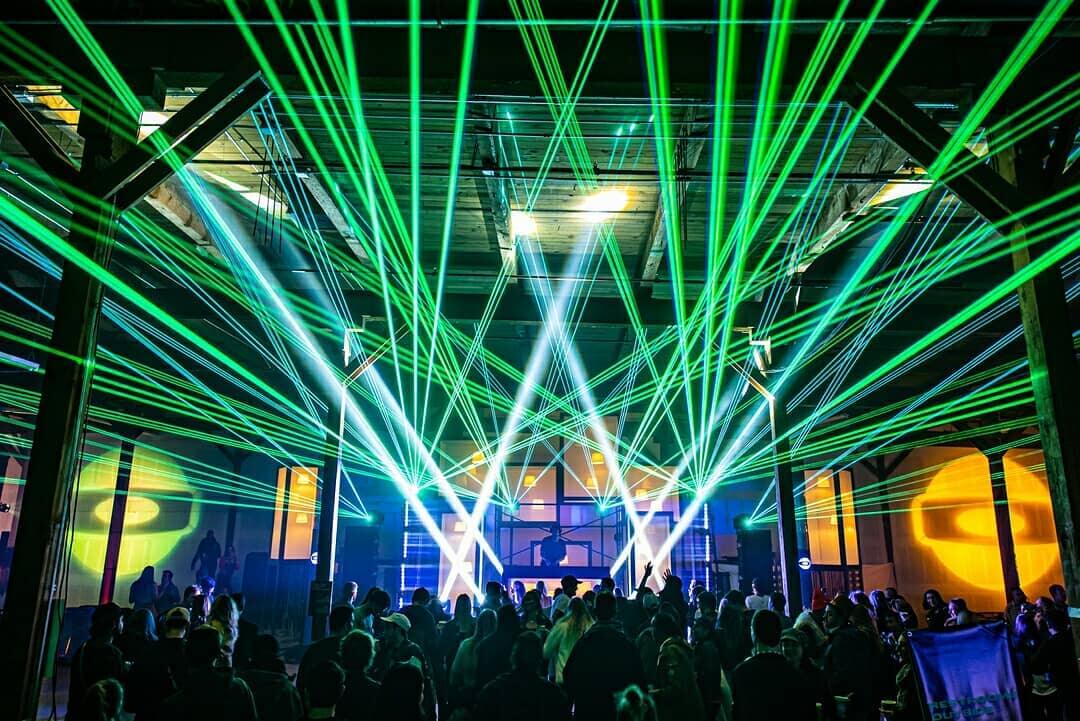 By Emily GreshOctober 21, 2019No Comments

Far Out Factory held its second event this past weekend Oct 11-12, and it was bigger and better than last year. Inspired by cannabis and sponsored by O.penVAPE, they transformed a warehouse into a multi-sensory dimension. The venue included three different rooms for attendants to explore. Each with a different vibe, taking you to another world.

The Main Room where the stage was held, included a chill zone with soft lighting to just soak in the vibes and listen to the music. There was also a corner of the room with an Apothecary/Boudoir area as well as the Frick Frack blackjack table. The table was a “bet anything but money” kind of deal. Outside the also had a handful of local food trucks for people to choose from.

The second room had a light up archway as you walked through the door which led to another chill area, including live fluid art being projected onto the walls. This room also had a silent disco with three DJs playing a variety of music from techno/house to popular rap songs and some oldies. there were also some art sculptures around the room and some on the ceiling.

The third room was mostly where vendors were selling and displaying their artwork, some cannabis inspired pieces, glass work, and some clothing. there was a room with a virtual reality game that attendants could play. O.pen also was in the room with a cash machine. if you signed up for their Loilpoints rewards you could get into the box to grab money and they also were hooking people u with a free drink. My personal favorite part of this room was the giant coloring page on the wall for people to use.

As for the music, the first night I got there early to check out all the talent and I wasn’t disappointed in the least. Each artist brought their own vibe and threw down some sick house tracks. My favorite of the night was Will Clarke, he closed down the event for the evening and he played a killer set. I even got to dance with him at the silent disco.

The music night two was also stellar. I got more of a funky and futuristic vibe from the artists. My personal favorite set from the night was Chrome Sparks. He played a DJ set and played some really great songs with some of his own music as well. Brasstracks closed out the night and they did not disappoint.

All in all, I was very grateful to experience an event like this. it was different than anything I have experienced before, and I would totally check it out again if they return for a third year.

This post was an editor’s personal experience. Thanks to Far Out Factory for having The Electric Hawk Team!