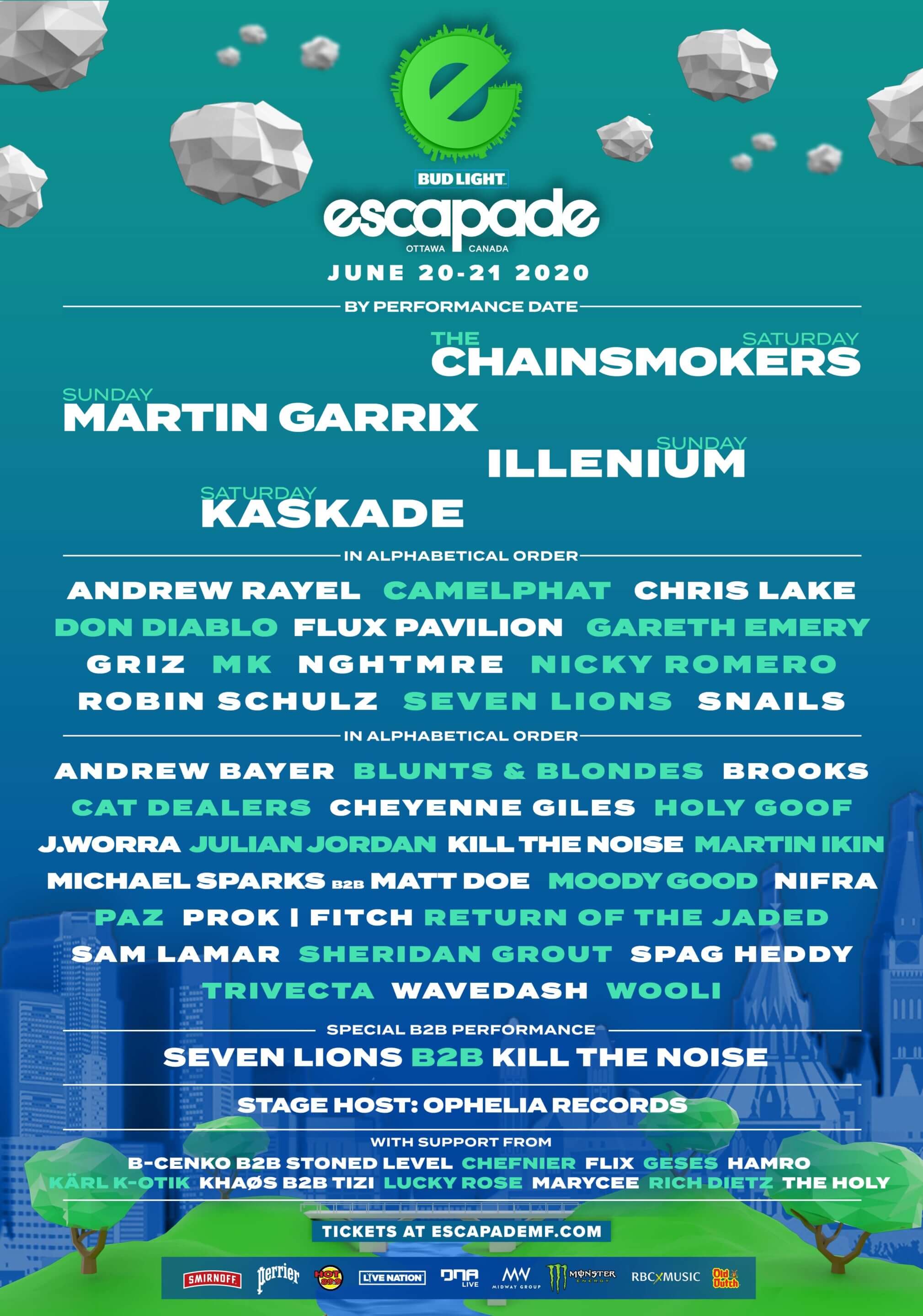 Escapade Brings the Heat to Ottawa with its 2020 Lineup

By Sean HertelFebruary 18, 2020No Comments

Canada is notorious for amazing EDM Festivals. Ever After, Shambala, Ilesoniq to name a few. Escapade is no stranger to having big names and this year’s lineup boasts just that. So pack your bags and grab your Yerba Mate we are traveling to the North.

The 2020 edition of Escapade features a diverse lineup with many talents from all over the world including local artists from the Ottawa Area!

From the headliners to the undercard and local talent, Escapade has something for everyone! The Chainsmokers, Kaskade, Illenium, and Martin Garrix are the huge names on the top of the billing. If you aren’t getting ready to be in the feels with those names then strap in because Seven Lions is featured heavily on this lineup. Not only does Jeff have his own set, but a B2B set with Kill The Noise. Ophelia Records has its own stage as well for Escapade. Big ups to Jeff and the Ophelia crew!

Escapade is going to be very special this year as the fest celebrates its 11th year in Ottawa! The two-day fest is coming sooner than you think on June 20th and 21st. Unfortunately, the festival is sold out, but keep your eyes out for promoters selling tickets elsewhere!