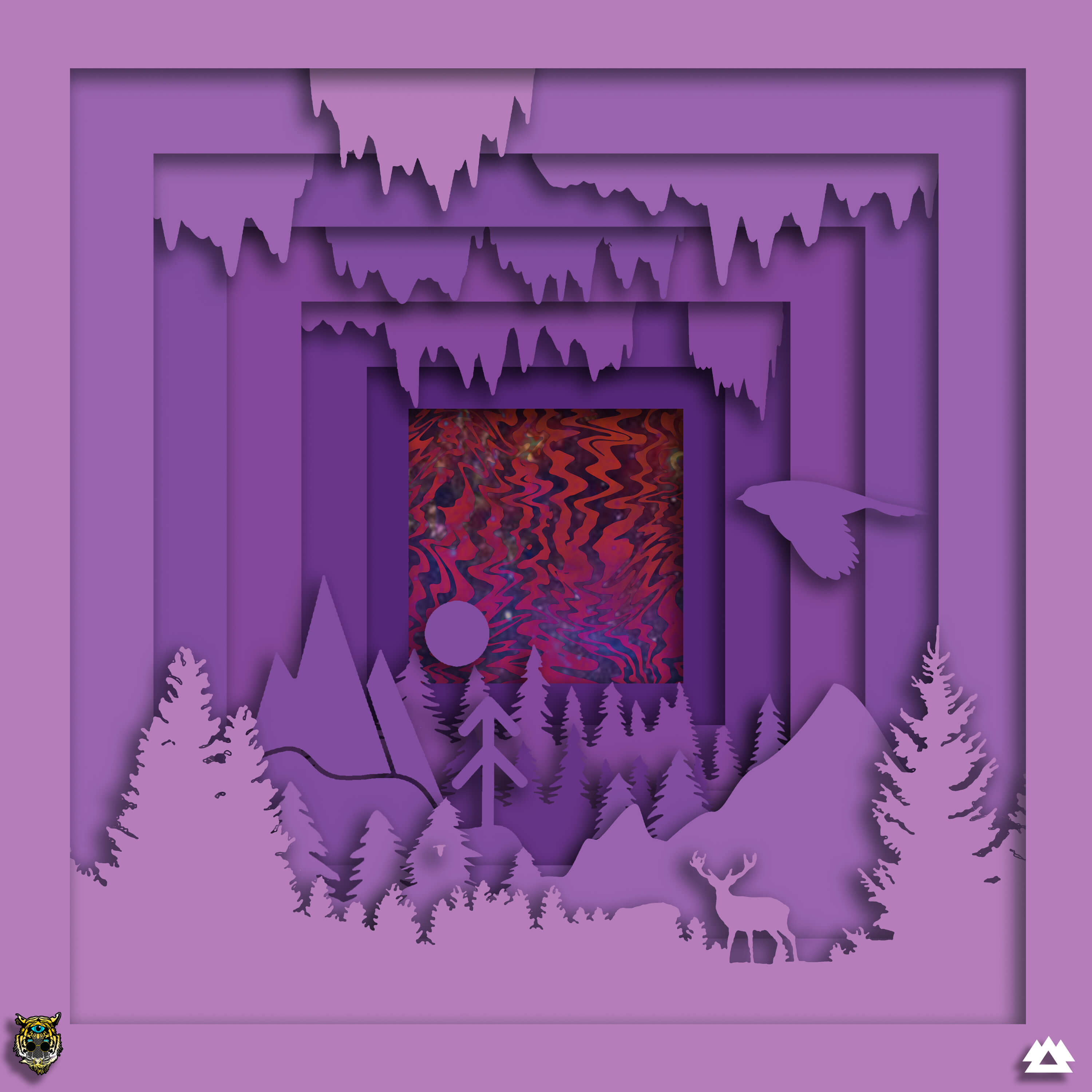 Inside the Prismatic Dimension of Common Creation’s ‘Tiger Blood’

We are taking a step into the prismatic dimension of Common Creation as he releases his newest EP, Tiger Blood, out now on Wakaan. The uprising talent expands the linear timelines from the past and future. Common Creation blends his signature psychedelic bass and electro-soul into higher heights. Surely making his debut mark with Wakaan very notable. So step into this new realm and explore what Common Creation has to share with us with Tiger Blood.

The air is crisp as you feel the breeze of the seasons around you shifting. Now is time to step aboard into the spaceship for your astronomical adventure. Common Creation sets the tone with his surreal and mythical melodies, with just a little flair of that classical electro-soul vibe. And as we gaze out our window, watching the galaxy pass before us, we get a message from our Common Creation captain. It’s time to hit hyper-speed. While we accelerate through the cosmic realms and break dimensions with his heavy-bass breaks and crashes. Until finally, we reach our next destination.

Now, the air has turned brisk and icy. Frozen crystals are gliding through the atmosphere. Despite the frosting temperatures, it doesn’t seem to bother Common Creation. “Glacial Gush” surpasses through the chilling temps with its heating rifts and oscillations. The body temperature amongst you begins to rise as your body begins to sway and flow along to the hypnotic melodies. Naturally, the cold doesn’t seem to bother our galactic adventure. Common Creation’s brilliant magic crafts a tune that electrifies the atmosphere, and if you get caught in it, you can’t help but groove along.

Further into our journey, the spiraling tension continues to build. And Common Creation finds a way for us to unleash our inner beast. Circulating throughout the cosmic realms, there is an overwhelming creature following along. Ready to show itself and fight through the Astro meteor fields. “Lowkey Kick Back” brings the combination of complex and energizing synths throughout the breaks. Unable to enclose the reckless energy inside, our bodies continue to flow along with the dubby revelations. While zapping through to open up our internal awakening slowly. As the track eases into the next, as we approach the ending of our journey.

This one is for the spiritual souls in the universe. “Silent Sleeper” ascends our spirits into the next dimension – the prismatic dimension. Common Creation’s final destination has arrived. Despite the whole EP being more fast-paced and heavier, we take a different turn with “Silent Sleeper.” The mind-altering psy bass allows us to fall deeper into our inner energy. As we flow our hands along in this new dimension, our senses elevate. Now the kinetic energy intensifies while we fall under Common Creation’s mesmerizing soundscapes.

To conclude the EP, “Mystic Morning” grasps us in a vortex. We lift off into this vibrant, cosmic parallel dimension. Common Creation teleporting us through space and time with “Mystic Morning.” The track brings you through the final journey with bouncy, colorful, and energetic synths and glitches. Your body is feeling the overall essence of a beast inside of you. Now under complete control of the tiger, circulating throughout your veins. A strong finish to encapsulate the whole Tiger Blood EP. You are naturally wanting another admission into Common Creation’s retro-psychedelic universe.

Grab your ticket for the ride that Common Creation is about to have!

With this Wakaan release under his belt, there is a bright future coming ahead for Common Creation. If you already didn’t know, Common Creation will be opening for a huge Sold Out crowd in Hampton, Virginia for GRiZ‘s Space Camp in December. Later in October, traveling speeds to Denver to open for Mize at Cervante’s curated Shift Thursdays. It does not take the third eye to see the growth that Common Creation is expanding on. Now, if you want us to look into the future, we advise you to hop in the psychedelic-funk wormhole. Tiger Blood is just the beginning of the destination of what to expect from Common Creation.

Take a taste of the Tiger Blood and fall into the mind-altering Common Creation experience, below!