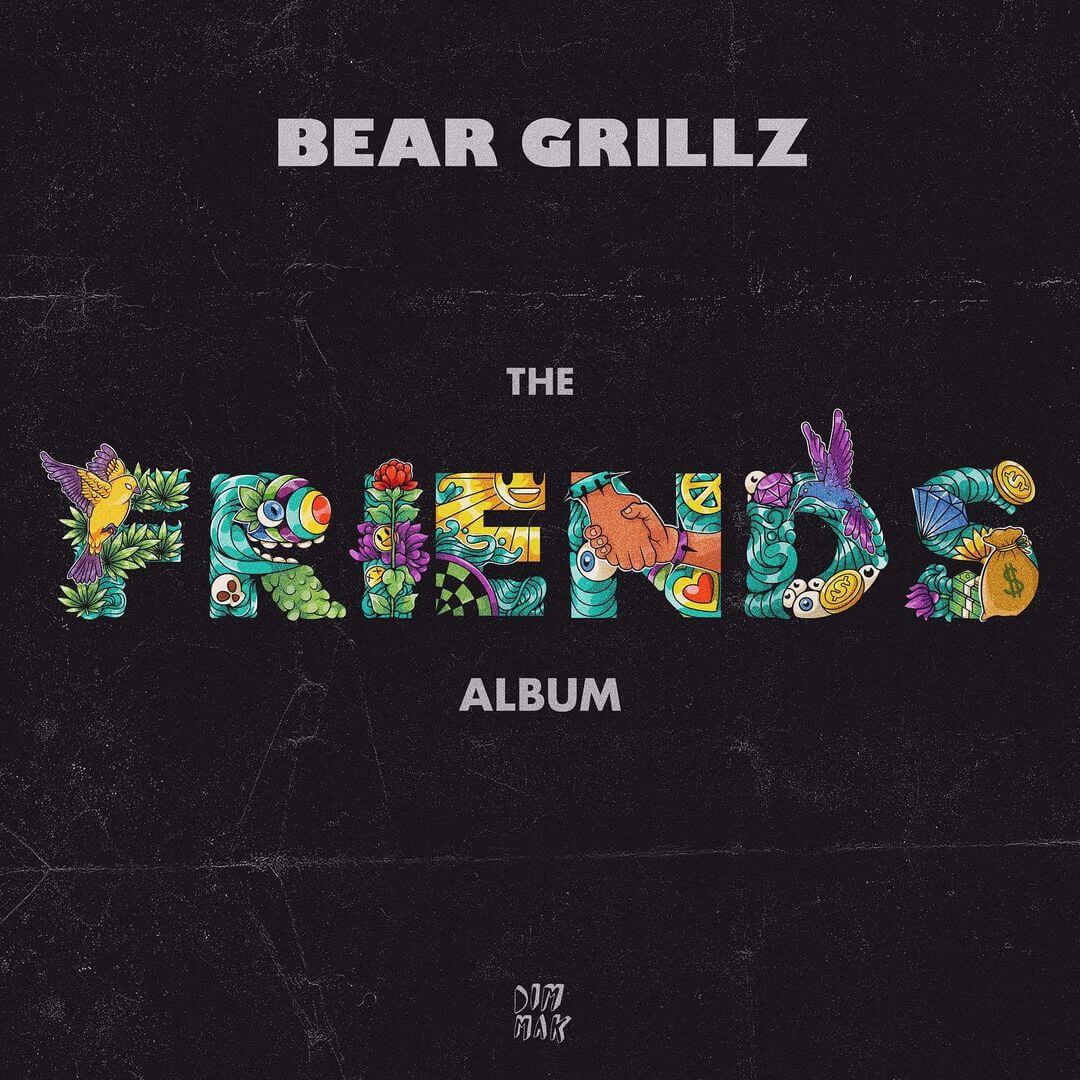 By Ashley EggertDecember 4, 2020No Comments

Bear Grillz has just released his insane 12 track LP, Friends: The Album, featuring collabs with amazing artists stretching over a range of genres. With almost a decade of music under his belt, this is his biggest project yet. Featuring artists like Dion Timmer, Blunts & Blondes, and even pop/reggae group Iration, this album is absolutely iconic.

Iconic might be one of the strongest words to describe this man. From his face reveal on Jerry Springer years ago to performing at Denver Nuggets games, always expect the unexpected from Bear Grillz.

We got lucky enough to get the inside scoop on Friends: The Album and chat about how 2020 has been for him!

Ashley Eggert, Electric Hawk:  There’re so many of my favorite artists on Friends: The Album! How did this all come together without getting to really see or hang out with some or most of them this year?

Bear Grillz: Honestly, it all started with Adventure Club. I played a B2B with them at EDC Orlando and we talked about making a song. Then COVID hit and Leighton from AC and I were talking and it just happened. Then I just started hitting up all the people I was friends with and tracks just kept getting added. I was only originally planning to make a 6 track collab EP.

AE: What was your favorite song to create on Friends: The Album?

BG: That’s a tough question but the coolest is the record with Iration. Being such a big fan of them, it was just so cool to be able to work with them.

AE: How does Friends: The Album differ from the previously collaborative EP’s, Bear Grillz & Friends?

BG: I think this is by far the biggest release I will ever have in my career. The scope of this project was so difficult to get done with so many moving pieces. I’m glad it actually happened.

AE: You’ve been storming the scene for almost a decade now! How would you describe your sound to those who haven’t heard of you yet?

BG: A whole lot of everything. I think you can hear a lot of influences in Bear Grillz whether it’s rap, reggae, Pop, etc. Growing up in Southern California I listened to so many different genres of music and I think it’s been moving toward those influences in the past few years.

AE: The range of genres on this album is INSANE. The collab with Iration is on a totally different scale than the OG Nixon collab. What inspires you to make so many different genres? Who are some of your inspirations?

BG: I always try to make bodies of work that appeal to music lovers of multiple genres. I feel like making an album just full of dubstep bangers would get somewhat repetitive. I grew up listening to Sublime, Iration, Bob Marley, Snoop Dogg, & Dave Matthews Band.

AE: What sparked your interest in producing music?

BG: My father was a musician and used to practice with his band in the garage. Growing up I would always just sit and listen, I think that’s where my love for music really started.

AE: How have you grown as an artist since you started making music?

BG: I like to think I have. When I first started I primarily only put out dubstep. While this new album is still bass-heavy, you can actually hear those influences in there.

AE: With all that being said, what’s your favorite genre to produce?

BG: Dubstep is always the best. I love that heavy bass stuff on the speakers!

AE: I know 2020’s been a rough year all around so we have to try to find the good in it, right? What’s the biggest blessing that’s been brought to you this year?

BG: Time. Time is our most valuable resource and touring non-stop the past 6 years hasn’t been kind to my personal relationships and my health. Just having time has been the best!

AE: Lastly to close this out, give us some words of encouragement that you may live by or something small to get us through the rest of this year!

BG: Thank you for having me! Stay safe and continue to be positive. I try to remain positive no matter what happens and just that attitude will lead to better things. Much love!

If you’re looking for a solid playlist to follow, keep up with our weekly Spotify playlist, Fresh Hunts. All the latest releases. Whether it’s new Bear Grillz, all your other favorite artists, some old-school, or underground…we just want you to hear it.

Awakening: An Interview With ENiGMA Dubz

Iridescent: An Exclusive Interview With Saka