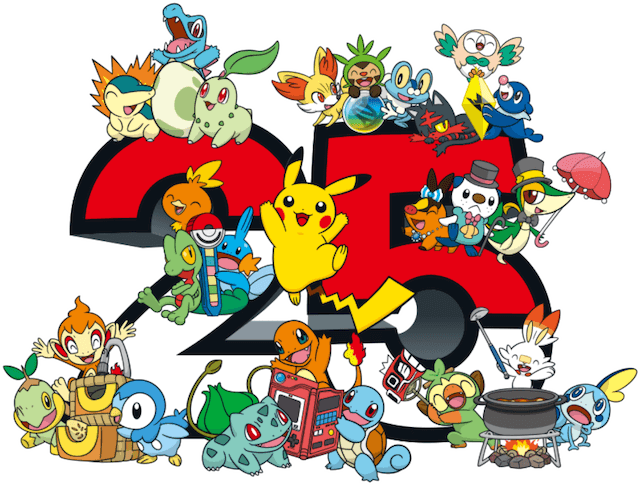 Which Pokémon Would Your Favorite Artist Be?

This year marks the 25th anniversary of Pokémon. Just a few days ago, the creators of one of the largest media franchises released two new games. Remakes of 2006 classics, Pokémon Brilliant Diamond and Pokémon Shining Pearl, and a new open-world experience, Pokémon Legends: Arceus. But us hawklings have brainstormed a question here at HQ. Have you ever thought of what Pokémon your favorite EDM artists would be?

We came up with a list of artists and pokémon to share with you. Some you may recognize, some you may not. But we hope you see our Pokémon selections as fitting to the artists’ personality and music!

Our first pokémon-artist selection is Porter Robinson as Shaymin. Introduced in the 4th generation, Shaymin is a mythical Pokémon found in a flower field, where you would probably find Porter producing his new album.

From a heavenly-like Pokémon to a hellish one. The artists known as Slang Dogs take the form of the Pokémon Houndoom. Some of the pokédex entries for the dark and fire type pokemon say, “Long ago, people imagined its eerie howls to be the call of the grim reaper.” Honestly, eerily similar when you listen to Slang Dog’s music, Endal shows up at your door wanting to chill.

The two Pokémon that grace the cover of Diamond and Pearl, Dialga and Palkia, are comparable to Zeds Dead. The Canadian duo bend space and time to their will in each song they produce, just like the legendary duo in the Pokémon world. But unlike Dialga and Palkia, Zeds Dead enjoys their days with virtual house parties and a can of deadbeans.

I mean, come on… Also, I think Pokémon came from Subsidia. Lmk in the comments below, gamers.

Gengar is one of the original 151. RL Grime is also a true OG to the trap game. But what compares the two is their spooky ties. Gengar was one of the very first ghost Pokémon, while Henry created Halloween.

The mythical Pokémon Celebi is a perfect fit for Clozee. Celebi’s pokédex entry states that “This Pokémon wanders across time. Grass and trees flourish in the forests in which it has appeared.” There is no evidence that Clozee is a time traveler, But when Clozee appears back on our timeline and drops a new song, all the hawklings flourish.

Wooli mammoth, do you get it?

Yewz is a tree, no way :0. But seriously, do you think Sudowoodo vibes out to Stank Face?

Bonsly reminds me of bonsai and Capshun has a record label called Bonsai Collective. Mind blown. Too bad there aren’t three Bonsly like there are three Capshuns running around rampant on our planet.

Griz as a cuddly teddy bear that plays some smooth jazz, please give me that immediately.

Specifically Golem from the Alola region. This Golem has a beard and a freaking cannon. Vieira has both a bass beard and an ID cannon. Too bad Golem can’t use Viera’s signature, Solar beam.

Redrum and her witch-like music land her the pokémon Hatterene. Hatterene is a Fairy and Psychic-type pokémon who is extremely powerful on the field of play. Redrum has mind-bending music that possesses your soul when you listen. Both are equally elegant.

Blanke loves plants. Like, absolutely loves them. There are so many plant pokémon to choose from to rep Blanke. But honestly, Oddish is definitely it. Just a cute lil weed minding their own business, what a life to live.

Subtronics as Dusclops is perfect. Dusclops can even release riddim samples when he does a special move with his singular eye.

March is Women’s History Month. This is an opportunity to celebrate successes and acknowledge struggles women face across the world. If you’re looking to support organizations that educate on women’s health, gender/workplace equity, and more, then look here.