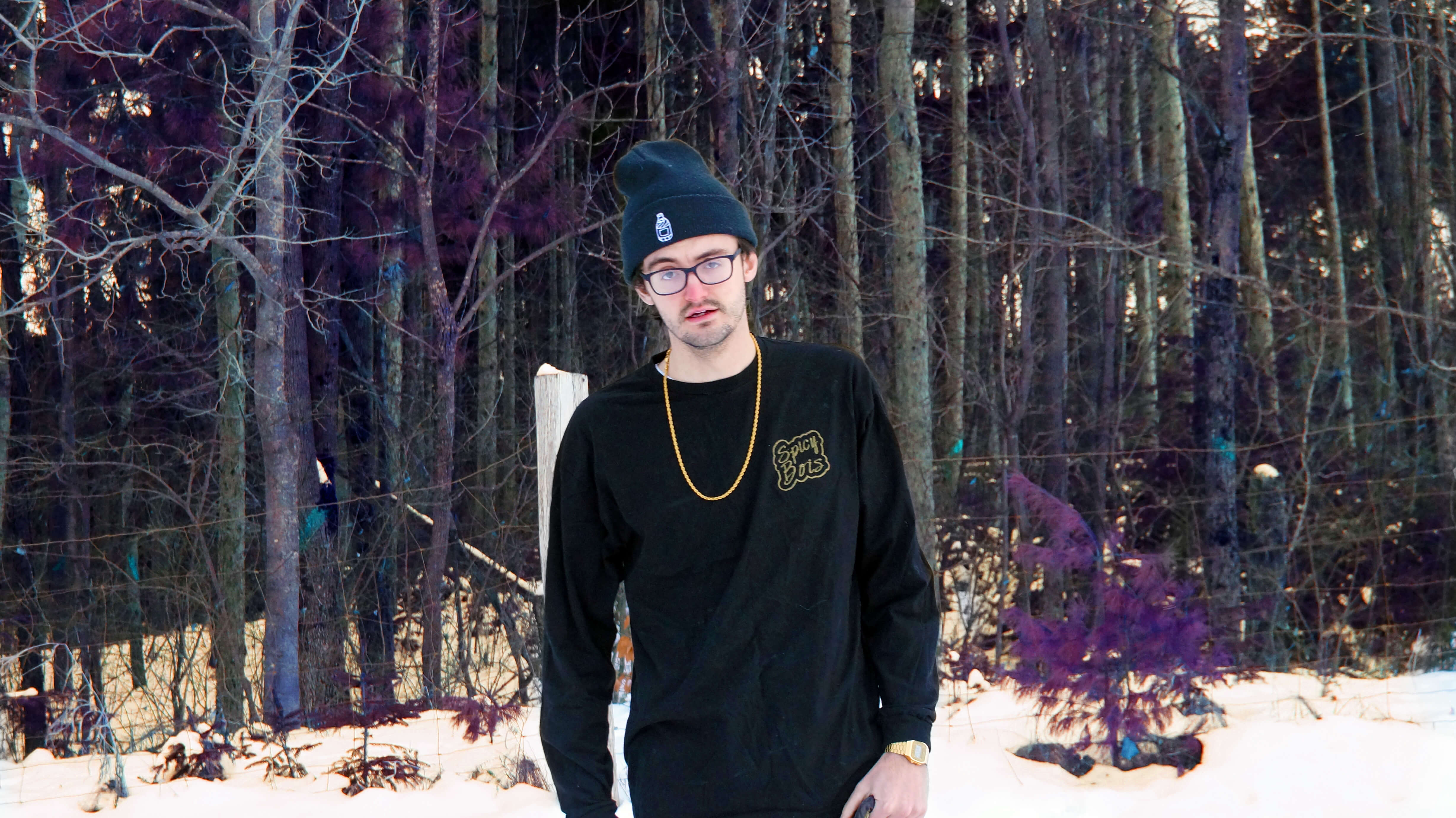 It has been just over a month since UNKNWN gave us nearly a half an hour of unreleased heat with his “The Purple Fern” mix. Since then, we have been salivating; waiting patiently for more. Lucky enough, we got the chance to sit down with UNKNWN and discuss a variety of topics, from his musical background, to his style of sound, and even a couple hints on what’s to come in the future. Enjoy.

Ryan (Electric Hawk): Let’s start by getting some background on your story. When and why did you start making music?

UNKNWN: I have been interested in music as a hobbyist almost my whole life, I played guitar as a teenager and dabbled in some music production to make hip-hop beats in high school. In high school, I fell in love with dubstep and quickly became obsessed. I went to Infrasound 2014 when I was 18 and knew right then and there that I needed to make the kind of music I was hearing. I downloaded Ableton as soon as I got home

R: Whats the background on your name? How did you come up with UNKNWN?

UNKNWN: My first online video game was World of Warcraft, and I had no idea what to call myself as I had never made a username for anything. I felt like I had no identity since I was new to the internet, and UNKNWN_bob was born. When I began DJing I needed a moniker but struggled to find my identity. I didn’t know who I wanted to be yet because it was all so new to me, so I brought the name back to life.

From Small Communities to Big Festivals

R: How has your musical journey been so far? What have been some of your favorite moments?

UNKNWN: I’ve been lucky enough to play some really big shows and festivals, but I always meet the best people at small shows in small towns. Those always hit me the most. The 100 people at a dive bar turned rave are there because they love this music. And they always seem like they know each other, like I’ve been invited into this cool gang that operates in this small town. I love being welcomed into those tight communities.

R: On that note, who are some of your musical inspirations?

UNKNWN: Infrasound gave me an exposure to some really deep, roots type 140 dubstep that I’ll always hold with me. But I’m definitely inspired a ton by the stuff that dudes like VCTRE, CharlesTheFirst, and Of The Trees are putting out. Always super fire and cutting edge. I’m trying to keep up with those guys.

R: Let’s talk about your sound. It clearly has some of those inspirations in it, but it also has a life of its own, how would you describe it?

UNKNWN: My stuff almost always sits at around 140 BPM. So I guess short answer, I would describe it as dubstep lol. But it’s pretty f****** far from the mainstream use of the word, and honestly still pretty far from what the old heads call dubstep. I like to sit somewhere in between. It’s definitely deep, sound system music for sure. I want to make the type of bass music you’d expect to hear when you stumble upon a set of Funktion-Ones, hidden in a magic forest.

R: Speaking of your sound…that 30 minutes mix of unreleased you just dropped is absolute heat. Tell us about your process when putting that together?

Unknwn has some Exciting Plans in Store for the Future

The mix was just a taste.

UNKNWN on The Purple Fern

R: Regarding the mix, any plans to release any of that? (Really hoping that you’ll say yes here.)

UNKNWN: Absolutely. At the time of doing this interview, I have an upcoming release slated for March 11th. One of my favorites from the mixtape is dropping as a single.

UNKNWN: All solo tunes, although some of them might not stay that way. I had some friends show interest in either collaborating or remixing some of the tunes off the mix. We will see where that goes (:

R: Once festivals do come back, what is the dream festival that you’d like to play at?

UNKNWN: Definitely Infrasound. It’s close to home and I always love the lineups they put together. But I think an Electric Hawk Festival would be pretty cool too (:

R: To finish it up, do you have any plans in the works for the future? I hope to catch you live in safe environment sometime very soon.

UNKNWN: We are back in action 100% – there was nearly a 9-month gap since my last release but we are locked and loaded now. It’s nonstop music for the foreseeable future.

It was a pleasure to speak with UNKNWN, and we are excited for what’s to come

And if you’re looking for new music, keep up with our weekly Spotify Playlist, Fresh Hunts, or follow us on Twitch. Whether it’s the newest drops from UNKNWN, all your other favorite artists, some old school, or underground—we just want you to hear it.

March is Women’s History Month, an opportunity to celebrate the successes and acknowledge the difficulties women face across the world. If you’re looking to support organizations that work to promote women’s health, gender equity, workplace equality, community development, and more, you can do that here.