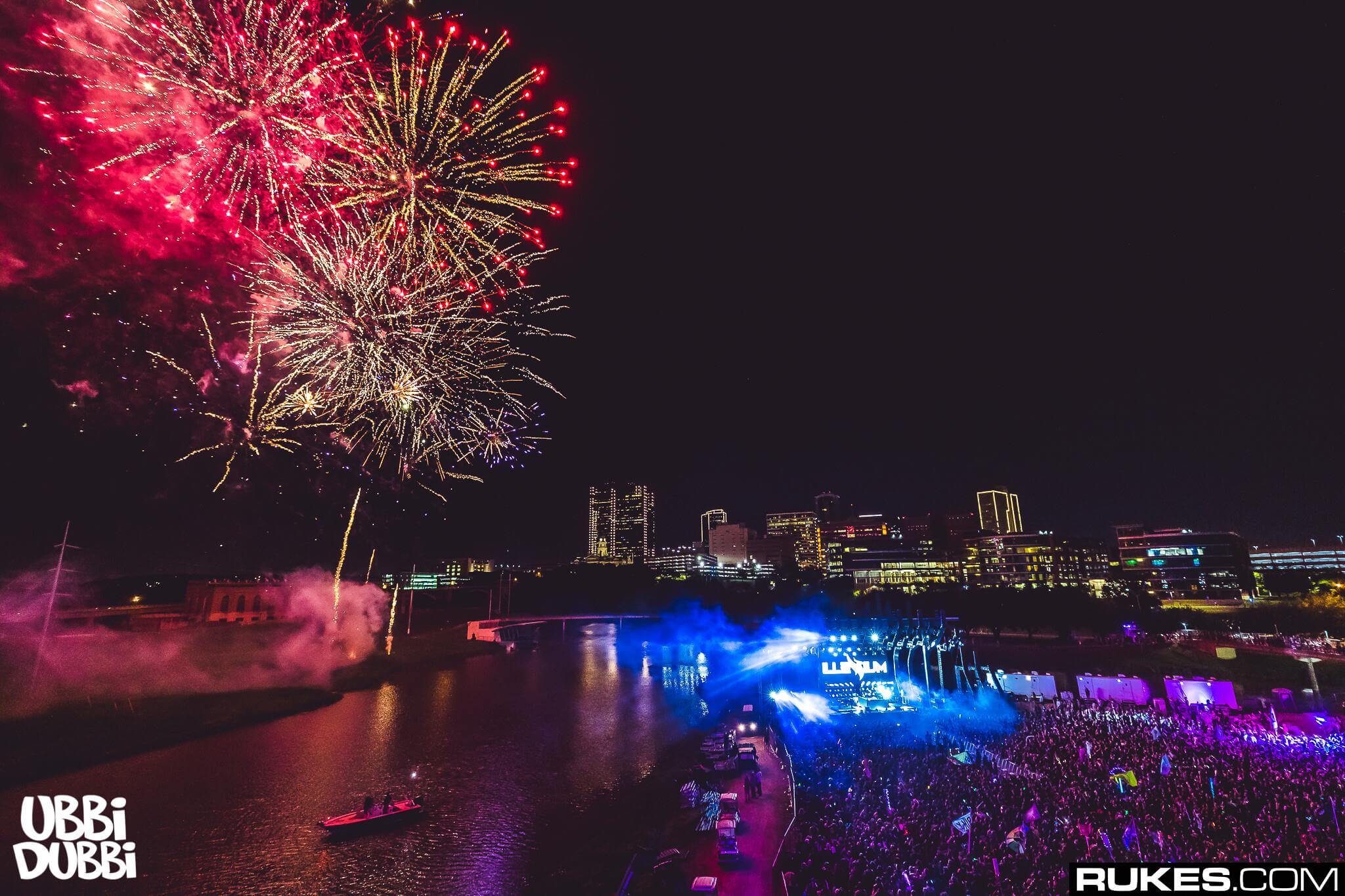 Rain or shine and despite my initial hesitation based off the unusual sounding name, Ubbi Dubbi Festival had quite the successful inaugural year! With headlining artists Zeds Dead, Illenium, and a stacked remaining lineup that catered to your house heads and bass heads alike, it included names like NGHTMRE, Ganja White Night, Tchami, Slander, Chris Lake, Dion Timmer, Peekaboo, a special Borgore b2b Svdden Death, and many more, and was no surprise to anyone that both days ended up completely selling out with a total of 45,000 tickets being sold.

Ubbi Dubbi was held on Panther Island in downtown Fort Worth, Texas, which made it extremely convenient when it came to finding hotels within a reasonable distance of the venue. One downside that did come with this riverside location was that you had to cross a somewhat narrow bridge when entering and leaving the festival grounds, and it could get congested and busy during peak traffic times when everyone was trying to leave the venue at the end of the night – especially during the evacuation due to the rainstorm on night one. Weather is always uncontrollable and big crowds at music festivals are to be expected though, so it didn’t have negatively affect my experience at all.

The first sets of the festival kicked off at 2 PM. We didn’t end up getting there until around 3:00, which was still pretty early and gave us the opportunity to see some of the opening artists and get familiar with the venue and stages before it got dark outside. It may not seem this way from pictures, but Panther Island is HUGE. The two main stages, the Ubbi stage and Dubbi stage, had probably a football field worth of distance between the two, with the Zoom Room (a third, house-dedicated stage) smack dab in the middle of them. I’d definitely recommend wearing comfortable shoes if you’re going to be running back and forth between the stages like I was!

I always like having a general idea of who I want to watch and my “must-sees” at music festivals, but then just going with the flow and following wherever the night ends up taking me. We were able to catch bits and pieces of Lucii, Pax Impera, Droeloe, Joyryde, Boombox Cartel, and NGHTMRE, but spent a good chunk of our time at the Dubbi stage where Deadbeats hosted a stage takeover. My favorite sets of the night were hands down Space Jesus and Zeds Dead. Even though they had to evacuate the festival due to a crazy rainstorm and nearby lightning a little over halfway into Zeds Dead’s set, there was nothing more magical than seeing them in the pouring rain and I’ll never forget the energy of that crowd.

Day two we had already seen a good amount of the artists previously and wanted to avoid the sun beating down on us all afternoon, so we went a little bit later. We bounced around the stages again and saw Peekaboo, Dion Timmer, Said the Sky, Slander, split Ganja White Night and Tchami, and stayed for all of Illenium. Illenium was one of the main reasons I wanted to go to Ubbi Dubbi in the first place, and the set he gave us and debuting his unreleased collaboration with Jon Bellion, “Good Things Fall Apart,” made it absolutely worth it. Seeing him close out the weekend with his Chainsmokers collab and fireworks going off in the background was one of those moments that made me remember why I fell in love with the music scene in the first place.

The festival ended by midnight both nights, but there were multiple after parties at different venues with artists from the lineup playing and even a Drezo pre-party on Friday night before the festival began. This helped enormously with any set conflicts people may have had during the festival itself, and artists like Space Jesus, Chris Lake, and Galantis kept the crowd grooving until two in the morning both nights. We hadn’t planned on going to any, but bought a ticket last minute when Zeds Dead announced they’d be doing a surprise b2b with NGHTMRE since their set got cut short… No regrets.

Overall, I’d definitely attend Ubbi Dubbi again. Rain fiasco included, Disco Donnie events do an awesome job at organization and keeping attendees constantly updated and in-the-know via social media accounts. I recently found out that the event donated $15,000 of profit to three local Fort Worth charities, which is just another reason to support festivals that give back to the community.

The stage production was great and the layout of the Ubbi stage was one of my favorite I’ve seen because it let you have a good view of the stage whether you were dancing in the crowd or sitting down on the nearby hill. I appreciated the addition of a “hangout area” near the food vendors, which had some cool art installations as well as shaded areas and several hammocks available for free use, but I will say that one of the biggest changes I would make is adding more shaded area closer to both stages to provide attendees some relief from the Texas heat. All in all, I can’t wait to see the changes they make in the following years and what artists they’ll bring next!