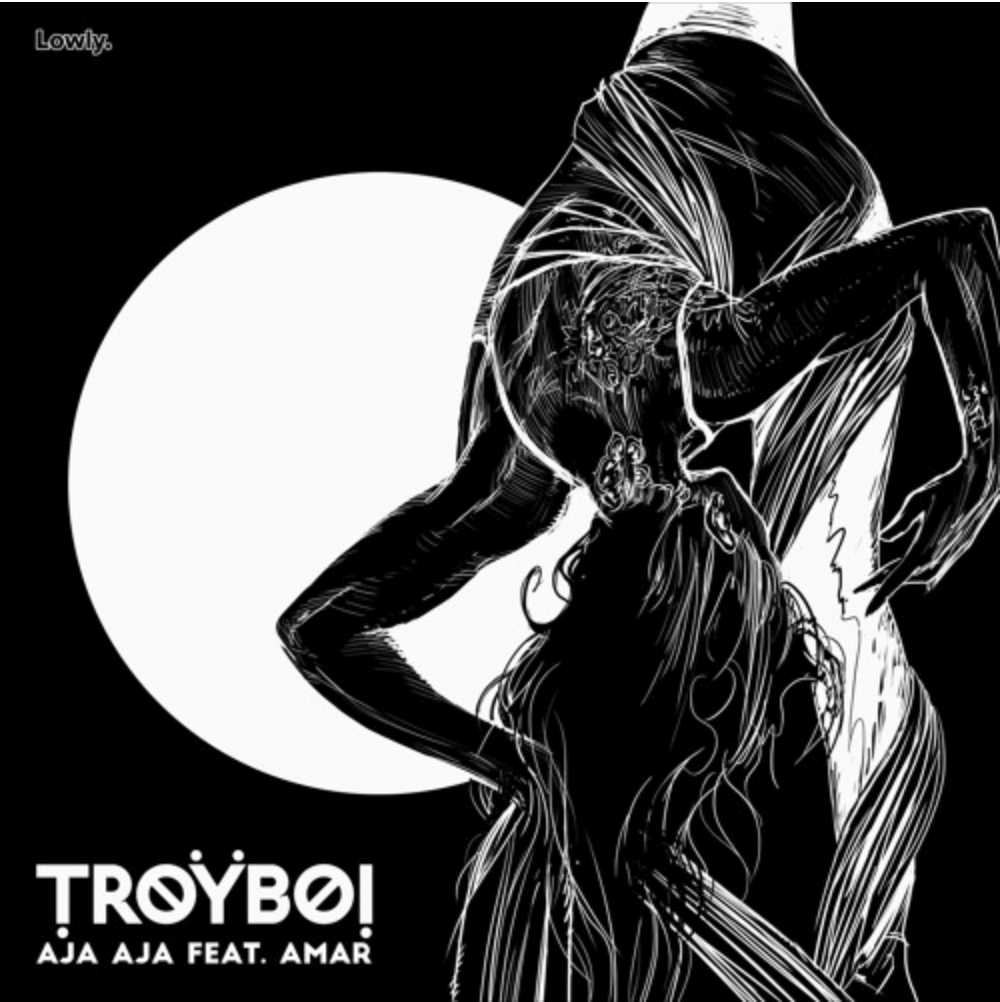 By Tate JordanFebruary 24, 2020No Comments

Troyboi pays homage to his roots with his new global fusion single “Aja Aja”, featuring Amar Dhanjan. The producer teamed up with the independent fashion & media company Lowly. to release the track, and it serves as a fresh tribute to global music culture.

Channeling his Indian, Chinese, Portuguese and Nigerian heritage, this single transports us to another place. The trap beat grounds us back in the sonic vibes we know so well. Amar Dhanjan’s singing mixed with Troyboi’s signature mixing & adlibs created a world music sound that only he could produce.

From his old school DeBarge samples in “ili” to his disco samples in his unreleased & mysterious flip of “Ring My Bell” by Anita Ward, we can tell the DJ likes to incorporate his heritage.

Troyboi has started 2020 teasing fans with stand-alone singles, beginning with his release of “Mmmm”. This new track is his second of 2020, as he continues to weave in artists & soundscapes from places that are significant to him & his heritage.

He brings a fresh, global sound and immaculate production to each project he drops, and “Aja Aja” is no different and we can thank Dhajan’s vocals for adding depth to the track. Go check out the eclectic single below, and catch him at any one of his upcoming tour dates!

And if you’re looking for a solid playlist to follow, keep up with our weekly Spotify Playlist, Fresh Hunts. Whether it’s the newest drops from Troyboi and all your other favorite artists, some old school, or underground—we just want you to hear it.