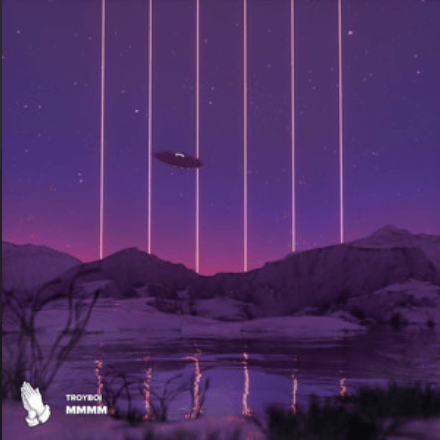 The trailblazing Trap Lord Troyboi has done it again with his newest single, “Mmmm”. Bringing together wonky vocal samples and his signature shaking beats, Troyboi continues to craft a unique sound in the trap & bass scene.

“Mmmm” brings in bass heavy synths, deep repeating vocals, and challenges the listener “who the hell do you think you are?”

He eases us into the track with mounting bass, then slowly builds sonic layers up to the drop. Troyboi meshes metallic sounds with smooth beats that make each of his creations stand on their own.

The South East London-native turned Miami resident is continuing to solidify his place in the EDM scene.

He is seemingly carving his own lane with a perfect blend of bass bangers and trap tracks that transport you to different places of the world. Speaking of, one look at his Spotify and you see his top listeners aren’t even all American. The top cities are Sao Paulo, Brazil, Los Angeles, Chicago, Dallas and Santiago, Chile.

Troyboi transcends the U.S. EDM scene, touching different demographics through the use of culturally significant instruments and multilingual vocals.

His ability to infuse such flavor into the beats he produces makes him stand out from the rest. For example, his latest singles “Tranquilizer” and “Malokera” have been collabs with some of the hottest rising Afrobeat and Brazilian artists, allowing him to transcend into the global music landscape.

After the drop of his fourth studio project, “V!BEZ, Vol. 3” in July of 2019 he has been teasing us with nothing but blazing singles. His songs have distinguished themselves, with his songs being featured in Rihanna’s Savage x Fenty fashion show, and Will Smith’s notoriously famous IG feed. As a result, he ended out 2019 strong with over 81.2M streams on Spotify alone.

With his first headlining festival, it’s clear that Troyboi has no plans of stopping this year. Go check out the galactic visual for “Mmmm” below, and listen to the track on Spotify.