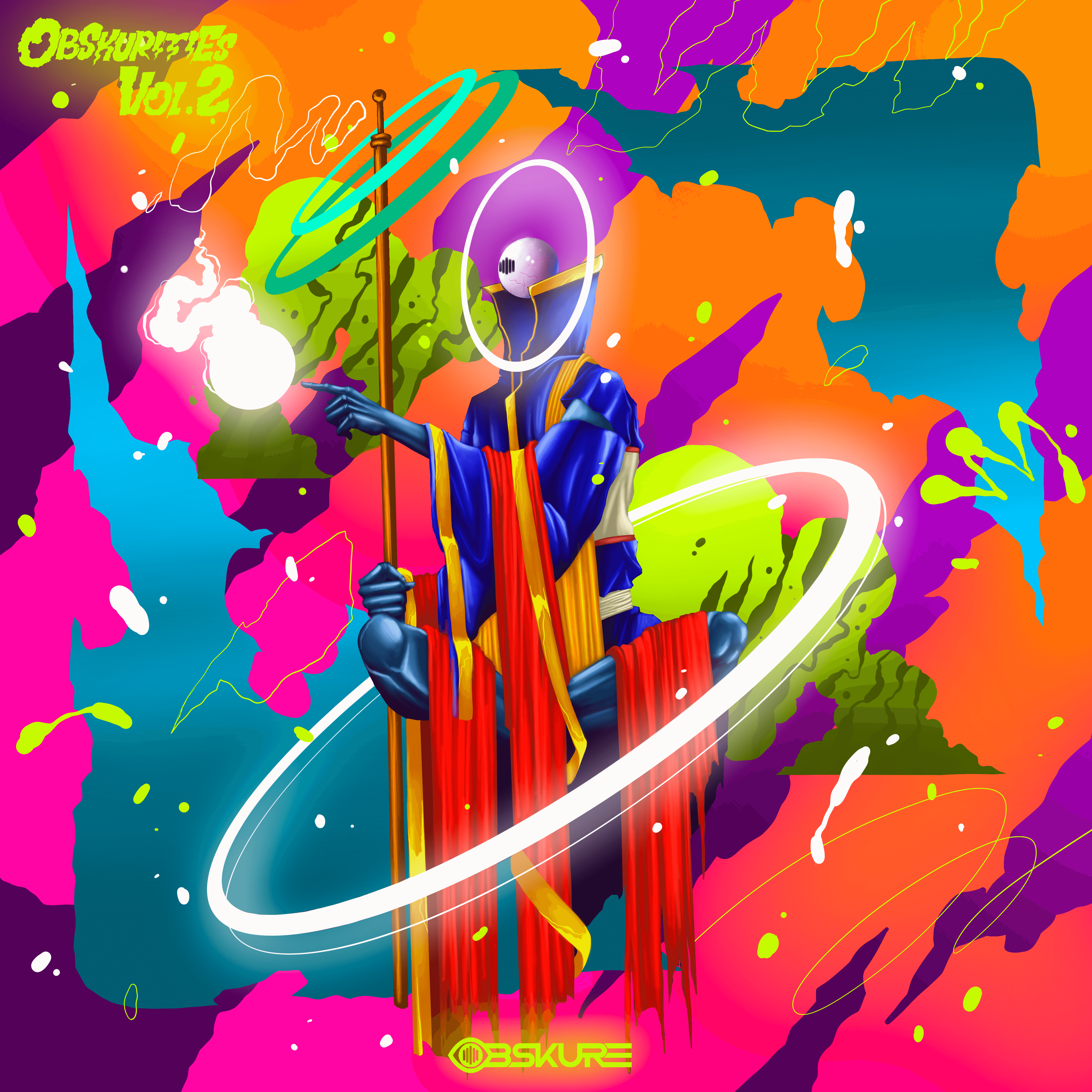 Tuesday’s aren’t so unpleasant after all when Obskurities Vol. 2 rains down upon us. A compilation curated by ill.Gates crash-landed on Obskure Record Label today. The rollout of this compilation is an all-day extravaganza. Fortunately for you, Electric Hawk prompts an exclusive sneak peek to the second track on this special project. May it be presented, “Alien Exhibition” from the celestial martian, Tripzy Leary.

Somewhere between a WAKAAN fan favorite and a guru alien bass producer.

Tripzy Leary isn’t exactly human. In fact, his DNA has spread across galaxies making psychedelic synthesizing bass frequencies. And in this dimension alone he’s managed to drop an arrangement of singles and EPs. But, it’s the four albums in the matter of a two-year time span that truly does it for me. His discography lies rich with experimental, left-field bass, and dubstep. Honestly, you name it – Tripzy Leary’s got it. His power to take listeners for a ride down the astral plane have landed him top-notch spots on LoFreq Records, WAKAAN, and everyone’s ultimate dream, Shambhala Music Festival.

Ascend to cyberspace with Tripzy Leary and the Electric Hawk Exclusive Premiere of “Alien Exhibition” here!

And before you go, take a look at the rest of the gnarly lineup off Obskurities Vol. 2:

Looking for new music? Keep up with our weekly Spotify Playlist, Fresh Hunts. Updated every Friday with all the latest releases. Whether it’s the newest drops from Tripzy Leary, ill.Gates, or all your favorite artists, we just want you to hear it.

June is LGBTQIA+ Pride Month! EDM began with the LGBTQIA+ community, and it remains a space to be fully yourself – safely and without judgment. Not only is this a time to celebrate the full spectrums of gender and sexuality, but also a reminder of the continued fight for gay and trans rights. So, learn how to support trans rights here. Also, support several causes for the LGBTQIA+ community here.