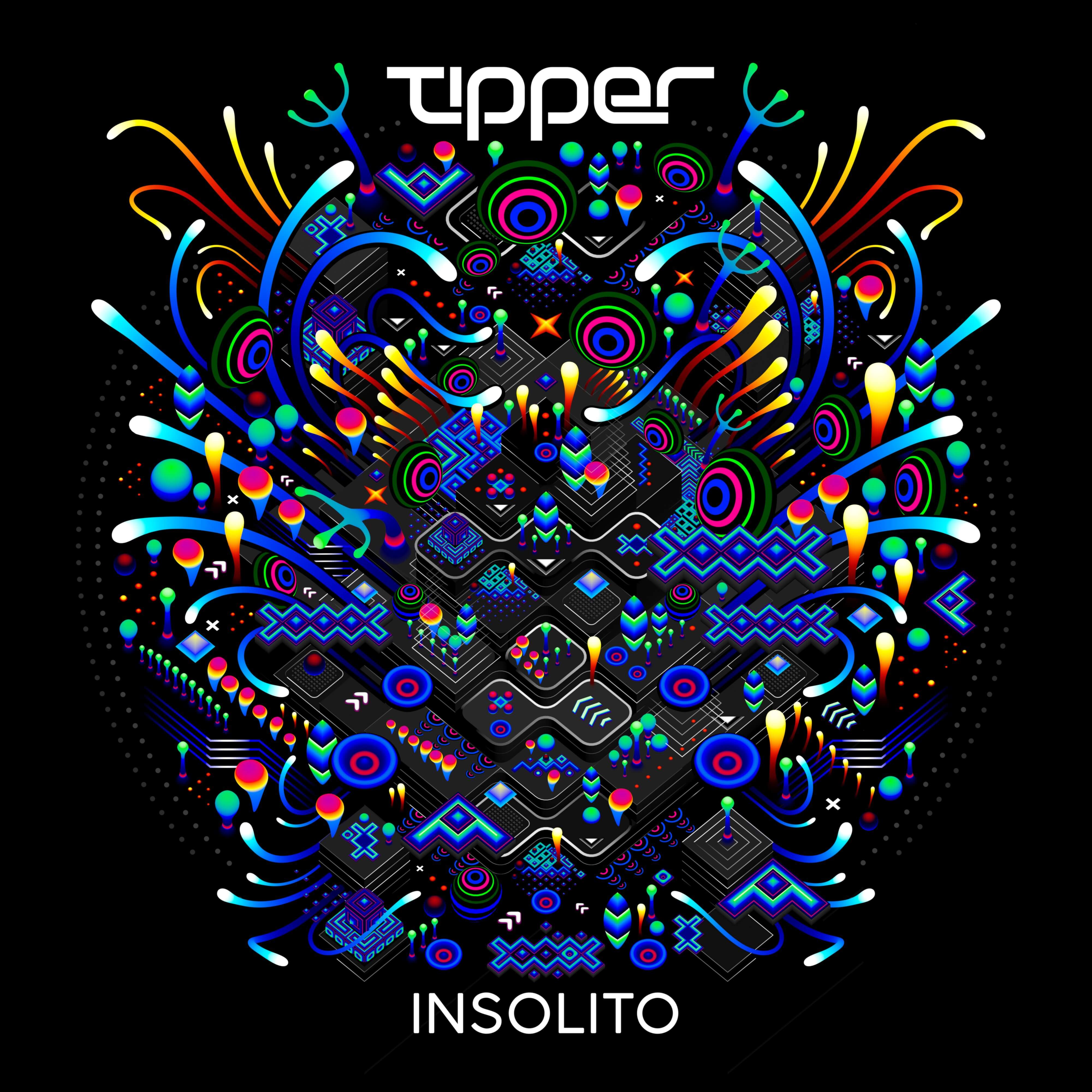 By Corie OdomOctober 21, 2021No Comments

For all the Tipper fans out there, the last few days have been quite the whirlwind. The British beat-maker broke his social media silence Tuesday afternoon to tweet what appeared to be cover art from TAS visuals. Speculations immediately began to flood news feeds. Then, a little over 24 hours later, he releases a whole 6-track EP. Of course, if you’re anything like me, everything was immediately dropped to indulge in Insolito properly.

Insolito starts similar to Red Rocks night one, with a fresh batch of “Air Biscuits.” This track transported me directly back to Morrison County, and I instantly knew where I had heard it before. The playful tones and bouncy breakdown start this EP off in a proper fashion.

Where is my Resonance fam at? I feel like a kid on Christmas and I just opened the ID I’ve been wanting since that sunrise set. This track feels like it was made for those 7am hazey fog, sun just barely peaking out vibes. “Diapaused” effortlessly marries uptempo grime with downtempo bliss and is a rollercoaster of sound from start to finish.

“Uptrick” is another track that got a full flex test drive during Tipper’s Resonance sunrise set. I think part of my soul is still sitting on Marvin’s Mountaintop after getting the second breakdown in this track live. Describing this as intricate doesn’t even come close to doing it justice. It’ll take a few listen-throughs to relish in every little detail truly.

Three words. “C’est La Vip.” The original track from Tipper’s 2019 release Jettison Mind Hatch gets a makeover we didn’t even know it needed. The crowd’s unison reaction to this VIP live still plays in my head like it happened yesterday. This dream-like remake twists and turns the original into something more mind-boggling than before. Digging deeper and adding layers of sounds that don’t even feel accessible to the regular human ear, but to Tipper, this sh*t comes naturally.

The next track, “Mariscos,” is best served on the rocks. Notably, the “goldfish song” from Tipper’s Red Rocks show, this track has been blowing minds since August 6th. With a natural ebb and flow, “Mariscos” builds anticipation instantly, pushing listeners to the edge before diving them headfirst into a sound vortex of other-worldly proportions.

Finally, finishing off the EP in the same way he finished his last sunrise set ever, we have “SinBanshee.” Tipper takes a step back to his roots with some homegrown drum and bass vibes. On top of the consistent foundation, he tucks in a blanket of light chiming notes that soar across the track with ease. This track feels like an unexplainable wave that pays tribute to almost every era of Tipper’s sound. If anyone tries to tell me they weren’t bopping right along with “SinBanshee,” I’ll know you’re a liar.

Stream all of Insolito below!