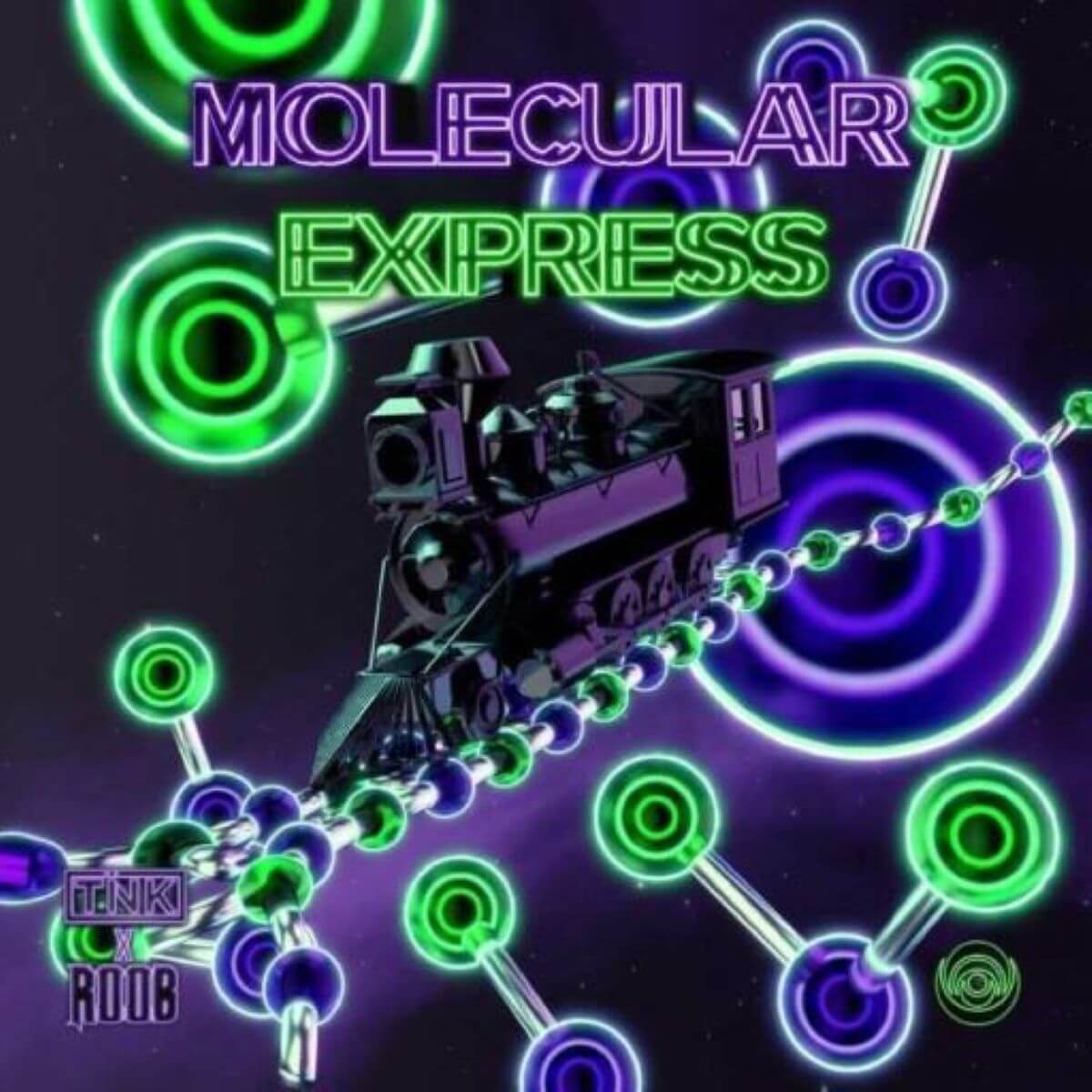 By Christian RamirezOctober 14, 2021No Comments

This week we have a rising underground producer, TINK teaming up with fellow Orlando-based producer ROOB to bring a hot and heavy track called “Molecular Express.”

All aboard the “Molecular Express!” Next stop, the Pit!

Fusing hip-hop and bass elements together, the duo has produced a song that has been added to my daily rotation with swiftness. Immediately you hear a grim bell chime, signaling that the “Molecular Express” is arriving soon. The chime is mixed in with an ominous underlying tone that slowly builds with a distant and distorted vocal that comes into the forefront with added percussion.

A heavy kick/drum initiates another build-up until the listener is launched into a heavily distorted bass drop. This, coupled with the mesmerizing hook, paints a murky soundscape that the express train will take you through. This song will, quite possibly, make you lose your mind. Fair warning.

Molecular Express is a demonstration of both Robbie [ROOB] and I pushing each other to be as creative as possible. We really set no limits for ourselves with this track, being as true to ourselves as possible, making what we wanted to and just having a good time while doing so.

TINK, also known as Ethan Tinkleman, has been steadily putting out crazy quality songs that know how to get a crowd going. His skills only keep improving and are one to watch out for in the dance music scene.

ROOB, also an Orlando-based native is able to effortlessly bounce his more hip-hop styles off TINK to create a harmoniously, heavy track. Despite being relatively new to the scene, you can hear that he has so much potential. We look forward to hearing more music put out by these two – whether it be collabs or solos, we want to hear it!

Check out TINK and ROOB in “Molecular Express” below!

Looking for new music? Keep up with our weekly Spotify Playlist, Fresh Hunts. Updated every Friday with all the latest releases. Whether it’s the newest drops from TINK, ROOB, all your favorite artists, some old-school, or underground…we just want you to hear it.