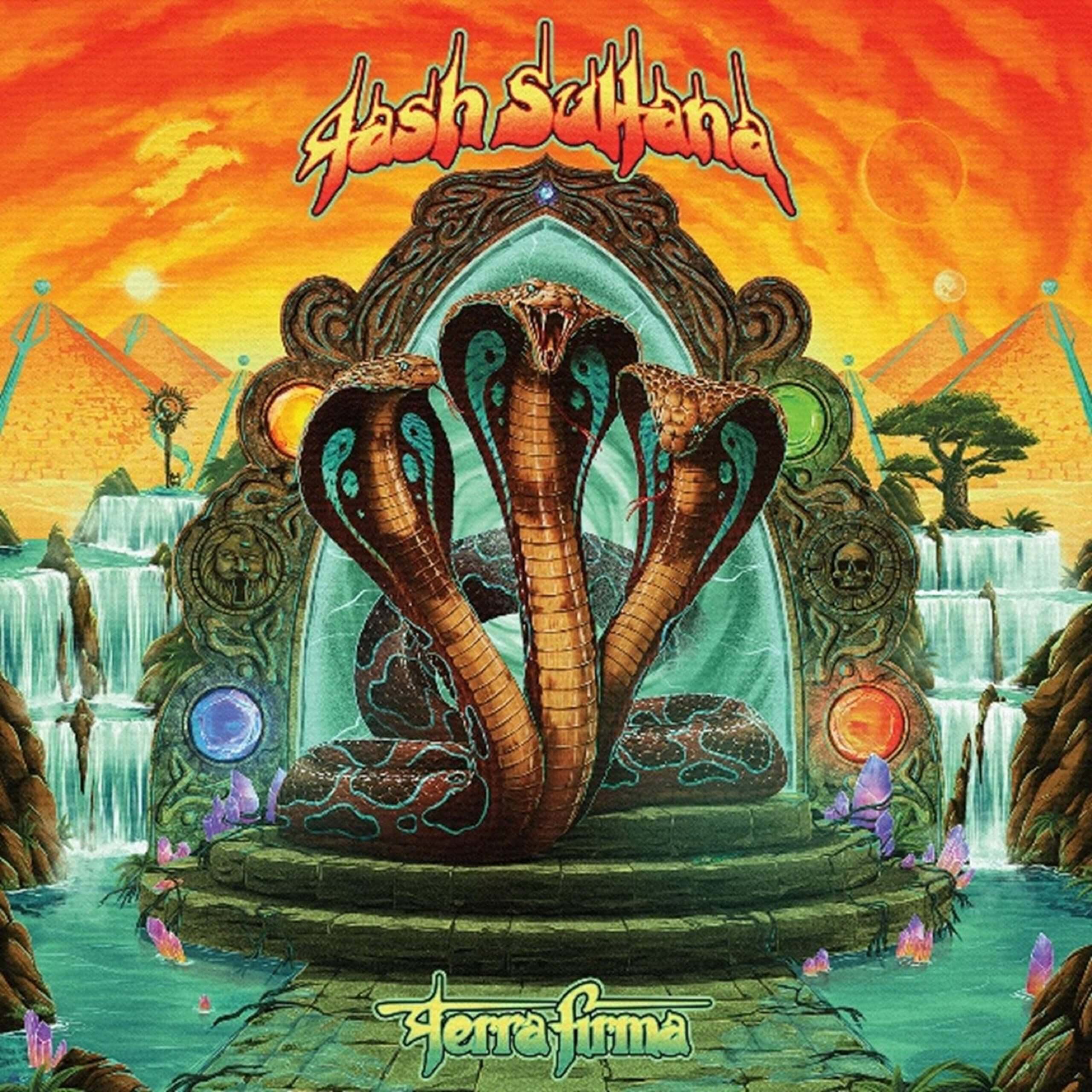 Tash Sultana Pours Out Heart And Soul With ‘Terra Firma’

The indie-electronic artist gained world-wide attention in 2016 when homemade videos “Jungle“ and “Notion“ went viral on YouTube. Released in 2018, Flow State proved Tash Sultana as one of the most musically inclined geniuses of our time. Since then, Sultana has sold out worldwide tours and performed at Lollapalooza and Coachella. The artist plays over 12 instruments: guitar, bass, drums/percussion, piano/keyboard/ synth/oud, trumpet, saxophone, flutes, pan pipes, sitar, harmonica, and beat production.

Prior to Terra Firma, Sultana has always worked as a solo artist but now decided it was time to break free from that comfort zone. Sultana gained inspiration with workings from Matt Corby, Dann Hume, and Jerome Farah. The album ranges from styles of jazz, blues, indie-electronic, and rock; while pushing Sultana’s vocal range spanning 6 octaves. Terra Firma is the distinct grounding presence music can gift our ears and a blessing from the Heavens itself.

Terra Firma opens with a track called “Musk.” Tash Sultana is an absolute genius when it comes to dripping layers of instruments ranging from the keys, guitar, drums, all while having fun with synthesizers. “Musk” may stay true to Sultana’s instrumentally-reliant sound, however, the track stands unique. This is due to the fact it’s the only piece missing dominant vocals.

Then comes “Crop Circles,” bringing forth the feeling of snowfall on a day you’re craving Vitamin D. A measure leading with light keys and airy vocals foreshadowing Terra Firma. “Crop Circles” hits midway and Sultana puts us in a jazzy trance. A horn section enters and we’re sucked into figure-eight breathing exercises; our minds loop, asking questions on which way to roam.

“Greed,” features Indie song-writers Dann Hume and Matt Corby. Sultana’s lyrics confront what it’s like to make it to fame and the greed that follows suit. How it’s so easy to have your assets get taken advantage of when it was never about monetary value in the first place. Sultana was very honest with fans throughout the duration of creating this album and the mental blockages she was faced with. “Greed” allowed Sultana to lean on musicians as a support system when all they really wanted was a loved one to “hold it down.”

“Beyond the Pine” includes works from Matt Corby, and a single released before the album dropped. The indie-alternative rock star begins confiding in a lover during a time they needed inspiration. Old memories circulate and moments of solace are found when we’re met with solitude in nature.

Ok but seriously, “Pretty Lady” could not have come at a time when fans needed it more. On April 8, 2020, this single premiered on Triple-J Radio and brought light when our world had stopped spinning.

Enter another ballad with “Dream My Life Away,” featuring Josh Cashman. Not gonna lie when Sultana confirmed an album was in the works but this time it was to be recorded with a band, I thought to myself, “No way.” “Dream My Life Away” washed away any doubt from Tash deciding to record with a live band. The gentle strings over tranquil harmonizing vocals will have you wondering what could have been in life. To those battling crippling anxiety constantly fixated in the past, this ballad is for you.

Shower yourself in love while streaming Terra Firma.

I understood why Sultana asked fans to listen to Terra Firma in a quiet safe space with “Maybe You’ve Changed.” Fresh out of the shower, candles lit, surrounded by Squishmallows, just breathing. Honestly not trying to make this personal, but music is relatable and this track really hit the level of healing needed during this present time. Sultana acknowledges the rocky lows of life, walking away from what breaks us to our core allowing room for growth.

Just when you think you’re over the angry ballads, Sultana hits us with “Coma.” Easily a favorite from Terra Firma, this track brings you to your feet after a long overdue, well-deserved cry. “Coma” offers a calm simplicity with mixing rustic guitar strings and the banjo. A percussion build switches up the pace in the last minute and a half and then enters an iconic Sultana rock slide guitar solo.

Sultana uses staccato rhythm within her vocals in “Blame It On Society.” The rhythm stands as a metaphor towards the pressures of society trying to dictate who we’re meant to be. Often times as fans we glorify artists, acting as though we know who they truly are. When in hindsight, we have no idea what types of pressure we are adding to their plates. The lyrics blend yin and yang, balancing the loneliness and gratitude of being an artist.

“‘Sweet & Dandy’ is about the process of withdrawing yourself from negative distractions and living in the present, always remembering that you are enough. You and you alone, you do not need the world to tell you to be a certain way,” said Tash Sultana in a press release with Rolling Stone Australia. “Sweet & Dandy” grounds us with blends from the harp, signature guitar riffs, and soundscapes of birds chirping.

Those same soundscapes lead us into “Willow Tree,” featuring powerhouse vocalist Jerome Farah. Released as a thread of singles from Terra Firma, the track links up one of Sultana’s oldest friends. While experiencing writers’ block, the artist turned to their old mate from high school and created this funky R&B jazz piece. “Willow Tree” leaves fans congratulating Sultana for stepping out of their comfort zone to not work as a solo artist with this album. You feel an immersive groove with rich horns, a set of keys, and soulful melodies on this one.

The next track stands out.

The R&B appeal continues with “Vanilla Honey” and let’s just say yum, sexual. Sultana spits bars and blends vocals over a feathery bass line. This track stands out due to the fact it’s very different from anything Sultana has produced before. Maybe put it on a sexual seductions playlist and if you don’t have one of those, let “Vanilla Honey” be the start.

“Let The Light In” is the shortest track from Terra Firma yet it’s simplicity gets the right message across. Sung with a choir, “Why don’t we let the light in? Watch over me. Let the rulers in. You wanna show me where, Where is the light?” The folk presence leaving us wishing we were sitting on the edge of a riverbank, having a main character moment.

To close out 60 minutes and 6 seconds of Terra Firma, “I Am Free” is an emotional testimony and probably the most empowering part of this project. You’ve heard the mention of guitar riffs once or twice, but the freeing fiery sensation can be felt on this chilling closer. The climax sends shivers down your spine. If you’ve ever experienced a live set from Tash Sultana you already know this one is going to move us far beyond “Blackbird“ and that’s saying something.

Let us know what you think of Tash Sultana’s indie-electronic album, Terra Firma.

February is Black History Month. A time to celebrate the triumphs and also educate yourself of African Americans’ struggles in the United States. If you’re looking to support organizations that work to promote black health, education, rights, and community development. You can do that here at this time.