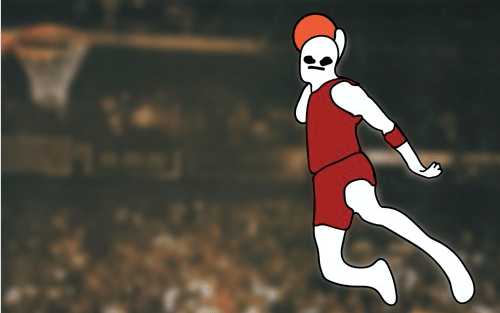 Spicy Bois Utilize Their Flavorful Talent on Can I Get Uhhh…

The Spicy Bois have returned to show that 2020 will be full of hot flavor provided by these guys. Can I Get Uhhh… is a 10 track compilation project that once again highlights some of the fieriest producers in the underground bass scene. The boys took over just about everywhere in 2019 and we only expect to see them grow from here. As festival season approaches, the Spicy Bois have provided us with the perfect soundtrack to capture the sights and sounds.

The Spicy Bois are a collective, who pride themselves on being a record label among many other essential needs for artists. They currently call Denver, CO, and Chicago, IL home base for their operations. Founded by Kevin Lee, most of you know him as MeSo, and Hunter Nott. Their label which formed in May 2018, has insisted on showcasing the hottest, unheard talent ranging anywhere from freeform bass, hybrid trap, and the undefined. Their mission? To personally hand-select the tunes that will leave your mind & taste buds with an insatiable feeling of constantly needing more. Whether that be through compilation releases, taking over your favorite festival for late-night shenanigans or just a throwdown in your city, the Spicy Bois are prepared to have the underground scene on lock.

Let’s dive into that sticky, humid, hotness coming from the boys to start the year off with a big bang. The EP features the usual gang of MeSo, Super Future, Space Wizard, WYLIN as well as some other spicy characters such as Cntrlla, Impasta, Blurrd Vzn, s e s h, leet, Big City, Vibe Emission, ZIIM, HUMORME, HARI & ULK. Together these tangy artists take the listener on an expedition through the world of low-end frequencies and basslines that will have your mind racing for answers.

This formulates into sounds that can only be described as the Super Mario character taking a trip down Rainbow Road.

Cntrlla & Impasta are the first duo called on to lead off the tape and boy do they deliver a clutch performance. The dreamy Impasta teams up with the freaky Cntrlla for ‘Beeg Yoshi‘, a wobbly shakedown. Opening with a comical skit of a telemarketer asking the man on the receiver to Google search an image of ‘Beeg Yoshi’. This formulates into sounds that can only be described as the Super Mario character taking a trip down Rainbow Road. With Yoshi samples hinted throughout, the two bend and twist the beat into a track that is incredibly squishy.

Blurrd Vzn & MeSo take center stage next and deliver an absolute brain tickler. ‘FEAR’ brings out all the ominous, ghastly feels as the two haunt you with perplexingly low but violent basslines. This song will have you feeling like a contortionist doing all sorts of weird stuff with your body. The second drop is sooo sexy we couldn’t help but breakout that dirty head bob y’all know and love.

Feeling as though you’re trapped inside a computer drive while the real world melts around you.

Space Wizard & Big City team up to transport you through a technology wormhole on a track so appropriately titled ‘This Is Not Good’. The song begins with the duo informing us that we will be learning about the internet today. The buildup soon leads us into a blaring message that “this is not good” as the two recreate modem and dialup tones alluding to the technology. This is chaotically dispersed into a frenzy of vicious breakdowns. It will have you feeling as though you’re trapped inside a computer drive while the real world melts around you.

WYLIN, the Minnesota based producer who prides himself on reconstructing trap music, has succeeded once again with ‘Candy‘. A vibrating, woozy bassline brought together by a commanding snare kick and some outer space ambiances. The track will have you feeling like you’re transcending through an alternate reality of time. Feel yourself dissolve through the brutal blackhole of 808s.

Super Future & HUMORME bring us those real West Coast, gangster vibes on ‘LIKABOMB!’. The two immediately demanded our attention with hip hop acapellas that will have you transformed into a bougie badass motherf*****. Suddenly, the beat drops ‘LIKABOMB’ leaving you no other choice but to let those trap arms flail through the air. Raucous drum patterns hit hard as the two mix in a wide arrangement of sounds causing hysteria through your ears.

We would love to break down every song, but we think its time for the music to speak for itself. Stream the compilation project in full below and be sure to let us know which tracks your digging the most. Prepare yourselves for a captivating listening experience that may induce heavy body movements. Keep it posted to Spicy Bois’ socials and see when they’ll be taking over a city near you.

And if you’re looking for a solid playlist to follow? Keep up with our weekly Spotify Playlist, Fresh Hunts. Whether it’s the newest drops from the Spicy Bois and all your other favorite artists, some old school, or underground—we just want you to hear it.