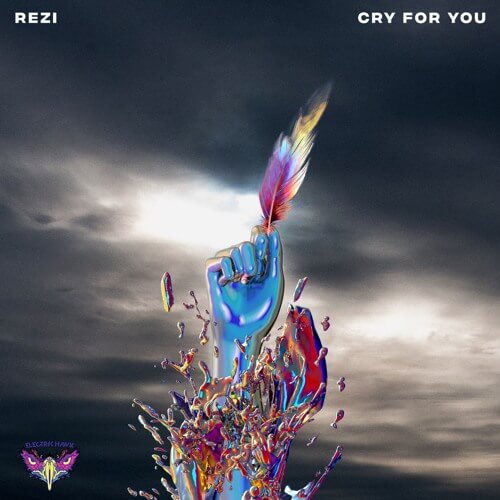 Get ready to hear this name a whole lot. REZI, the producer hailing from Buffalo, is stirring up the game with his explosive combination of hefty wubs and dense breakdowns. Coming fresh into the scene with a new wave of producers. He has flashed his ability to further push modern dubstep to the next level with his expertise as well as his capability to draw in on other genres. This has elevated his art to stand out and we at Electric Hawk immediately took notice.

Known by his mom as Alek Slon, the producer actually credits his wonderful mother for helping to derive his sound. An avid EDM fan herself, REZI is quick to point to her for his creativity genes. The sounds and textures of the music resonated with him from the age of 4 and it was no turning back from there.

By age 10 he was requesting Skrillex to be played rather than the newest Kids Bop tracks.

Something about the magic of electronic music resonated with him from an early age. Heck, the first time most people ever heard Skrillex, they were shook by what these unconventional noises were doing to their earholes. He clearly understood the sound and was destined to dive deeper into the music. Receiving his own laptop and mixing software for his 13th birthday was the catalyst for greatness. A young star was born and REZI was thrown into the world of producing.

Ever since REZI has been wowing us with a number of songs, remixes and a multifaceted EP in 2019. The 6-track project titled, Artificial Contentment, flexed his chops as a versatile producer. The song ‘Missed Calls’ features hyped up snares creating a bouncy, outer space trap exploration. While tracks like ‘Come N’ Get It’, ‘Crankin’ & ‘Kick It Live’ prove he is already worthy at the headbanger haven, Lost Lands. His heavy, jagged synth stabs would simply delight ragers. Then he closes out the tape with ‘Relief‘. A very melodic and vibrant drum pattern that gives off those uplifting, futuristic bass feels.

REZI has absolutely proven he is ready to bring a new face to the bass scene. One that isn’t afraid to get experimental and innovative, something that the scene always needs to push it further. With a spot locked in at Elements Music & Arts Festival, we are certain that he is poised for a massive 2020. Not to mention, another release that will be coming your way on Friday. We are more than ecstatic here at Electric Hawk Records to bring you REZI’s first release of the new year. His newest track ‘Cry For You’ has left us nothing but speechless.

The track begins as REZI draws the listener in with a dark & mysterious buildup engulfed by forbidding vocals. The vocals repeat throughout the song “Say that you love me, I cry for you”. And damn REZI, we definitely love you for this one. The drop hits you right in the gut with a punishing breakdown while he breathes new life into the track with sinister vocal chops. Hints of signature dubstep sounds are amplified with vibrating bass lines and screeching sirens provide the haunting backdrop. The beat will have you feeling that slow body groove while the heaviness of heartbreak oozes through your core. It’s safe to say that this sad boi banger will become an anthem come festival season.

Brace yourself folks, REZI is taking the game by storm. This latest tune well positions him to catapult through the ranks in 2020. We can firmly say that this track will become a staple on your summer heater playlist. Stream the single below and be sure to follow REZI on social for his latest announcements. Keep it locked here at Electric Hawk for more exclusive, new releases coming to you soon!

And if you’re looking for a solid playlist to follow? Keep up with our weekly Spotify Playlist, Fresh Hunts. Whether it’s the newest drops from REZI and all your other favorite artists, some old school, or underground. We just want you to hear it.