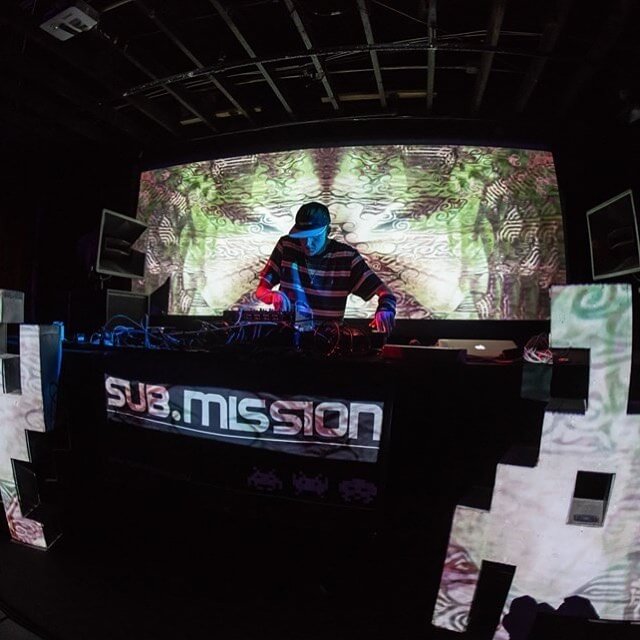 Laika Beats has returned and displays his resilience in his life to break through his brief pause to recover this Summer from an injury and delivers a mind-crushing heavy-hitter bass tune, ‘Unstoppable’ proving this small setback meant absolutely nothing to this boss. Just a couple of months prior, he also dropped his fresh EP, ‘Enigma’.

Flexing his original sound design and retro-synths, Laika pulls some heavy weight on ‘Unstoppable’ and growling bass that shakes the room and sends echoes of low-end vibrations straight down the spine like a 8.4 magnitude earthquake.

So I made this track a year ago and the day after I made it my studio computer’s hard drive died. I had most of my stuff backed up except for the last 2 weeks before it died. I ended losing about 4 projects including this track “Unstoppable”. I was never able to do final edits, mix down, or master on this track, I pretty much recorded and arranged this whole track in one crazy 4 hour session. Because I couldn’t edit or master it, I forgot about it. This past Spring on my tour with G-Space, I rediscovered it on my laptop and I mixed it in to a few of my live sets. Every time I dropped this, no matter what city, the crowd would lose their shit. So I decided I need to release this and now I am actually glad I wasn’t able to baby this track for weeks– I was forced to release the raw cut, and I think it just goes to shows that powerful songwriting is more important than super professional engineering and mastering. I also just finished physical therapy after 3 months of being in a cast with 4 pins in my arm! SO this track definitely describes how I feel right now. It’s feels SO awesome to be recording music and skateboarding again.

It’s great to have you back, Josh!