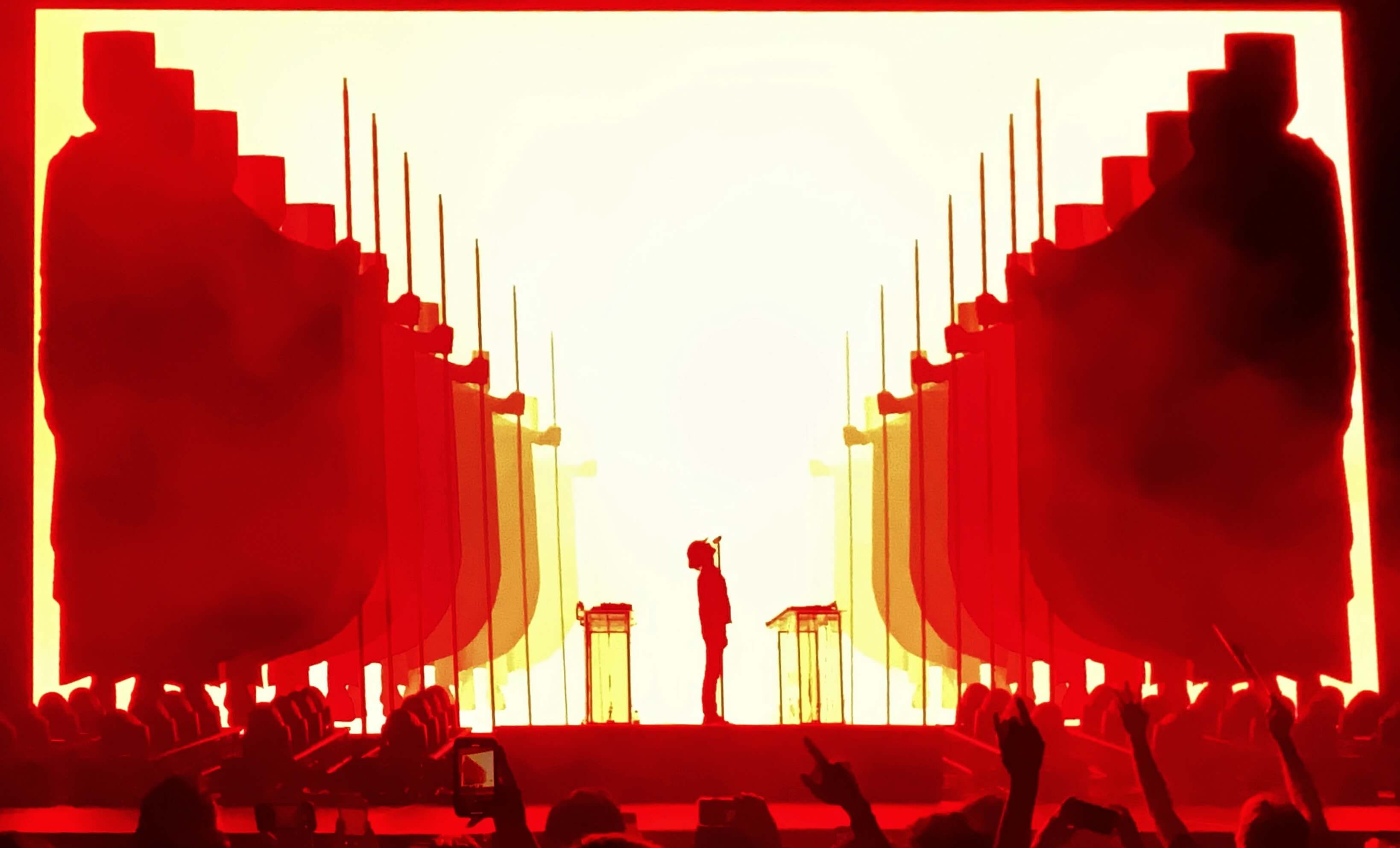 By The Electric HawkDecember 17, 20192 Comments

After spending a few years neck-deep in the electronic music scene, one can begin to feel a lingering sense of deja vu. Set after set, show after show, things tend to blend together into a blur of dance beats and bass drops. But Madeon’s “Good Faith” album and live show proved to be unlike anything of its class.

Hugo Leclercq, better known as Madeon, recently stepped out of a 3-year hiatus and into the limelight with the release of his sophomore album that breaks the molds of conventional electro-pop. With a musical finesse so well-crafted, even the most refined music fans can’t deny its quality.

While the studio-recorded LP is already remarkable, Madeon goes one further with his live show.

To me, the show was conceptualized parallel to the album from the start. I think of the album as being pretty uncompromising, and very daytime, and the shows were very much a nighttime interpretation of a lot of that sensibility. So the visual direction, the musical direction, and the structure of it follows slightly different rules from the album. But they feel very complimentary to me.

On November 14, 2019, I was lucky enough to witness this very performance in San Francisco, California.

After a fun pair of opening sets from Devault and Giraffage, Madeon took the stage to perform “All My Friends.” Needless to say, the atmosphere was absolutely electric.

Good Faith Live features countless reworks and VIP’s of Madeon’s past, current, and upcoming unreleased music. It gave us a sense of familiarity, but still kept us on our toes. He does this all while performing live. There was sample triggering, keyboard playing, mixing, and live vocals by Hugo himself.

With that said, it would be an injustice to go without mentioning the visual aspect of Good Faith live.

Madeon worked closely with visual artists to create an ambiance unlike anything I’ve ever seen before. Watching it unfold upon the massive 50-foot screen he used for the SF show was simply jaw-dropping. Religious influences and psychedelic tones were ideated through sweeping rainbow views of natural landscapes. Live-action shots of crusaders and monks floated through the atmosphere in mind-bending geometric patterns. Every aspect of the visual setup was spectacular.

Finally, Madeon surprised us one last time by ending the show with a rendition of “Shelter.” The room was overflowing with tears, smiles, and emotions in a volume you simply had to be there to appreciate.

Experiences like Good Faith remind me why I fell in love with electronic music to begin with.

There are few things in the world as beautiful as witnessing an entirely new musical atmosphere. I have such profound respect for Madeon for taking his time in pursuing a vision that he had for the last several years. He dedicated himself so completely and wholeheartedly to his creative endeavor. Despite pressure from fans to release new music and skepticism from friends, Madeon kept true to his project and gave it the time he felt it deserved.

It proved to be a wait worth enduring. Madeon created something so fresh, so original, and so beautiful. It rejuvenated my passion for electronic music and inspired optimism for the future of original electronic music once again.