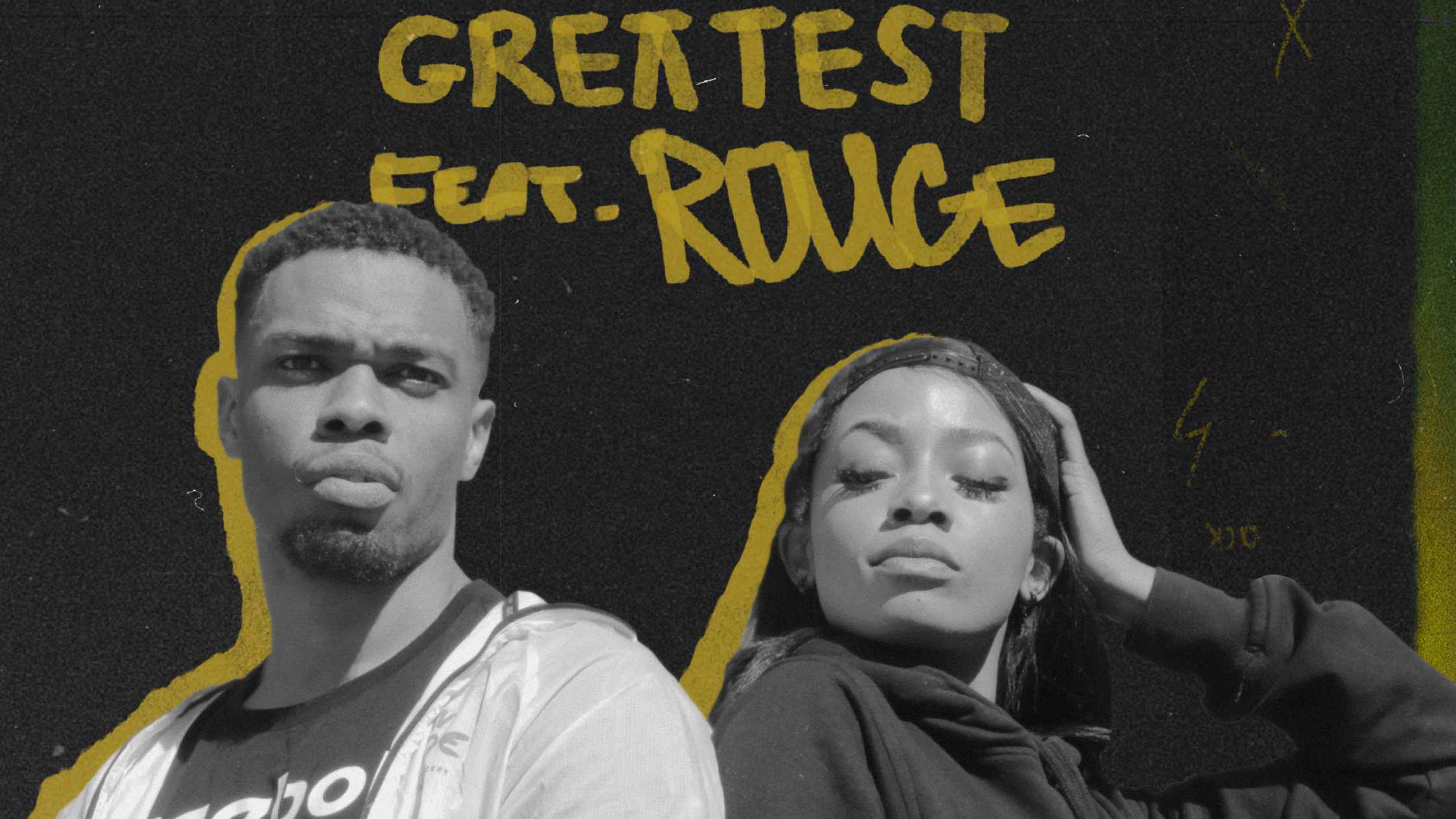 Jon Casey recruits Rouge in “GREATEST,” the latest single off of his upcoming Harsh Reality EP. He utilizes the groove that South African music boasts, and rapper Rouge brings “GREATEST” all the way home with her smooth flow. Electric Hawk was granted the exclusive first listen to this international hip-hop bop before the official July 16th release of “GREATEST.”

I needed to have Rouge on the album. Her flow and energy really bring a whole new dimension to the album and a lot more colour to an already diverse album. I wanted something that could pull more South African ears towards my sound, as well as catering to hip hop lovers all over the world while remaining congruent to my artistry.

– Jon Casey on collaborating with Rouge

Based in Pretoria, South Africa, Jon Casey creates music with a cacophony of flavors from both the American scene as well as his home country of South Africa. Unforgettably, during 2020, he frequently shared his music live via streams from a home gym; indeed, showing he can pack a physical punch as strong as his beats. Although his music has set the American scene on fire, he often fuses musical characteristics from all over the world. Primarily, he showcases styles from South Africa.

However, Jon Casey wanted South Africa to shine in “GREATEST.” Enter Rouge, a woman rapper also based in Pretoria, South Africa. Her smoky vocals are smooth like honey, and her music is considerably popular in South Africa. She is the perfect pairing for Jon Casey in “GREATEST,” a song intended to bring more ears to their South African style.

Jon Casey teaming up with Rouge is the “GREATEST” collaboration that we didn’t know we needed.

Jon Casey synthesizes a catchy trap beat completely unique to his style; truly, it is the perfect congruency of his crisp sound design in tandem with his South African influences. There is a distinct swing in the instrumental that is subtle, yet silky smooth. Jon Casey a carefree and uplifting energy for “GREATEST.” Keen listeners will hear this song and be reminded of Troyboi.

Jon Casey’s staccato synths beautifully contrast with Rouge’s legato vocals. She raps about releasing negativity and continuing on with one’s own success. Her throaty vocals have been manipulated to add another complement in relation to the instrumental. The differing dominating pitches help make this track absolutely addictive. Jon Casey uses “GREATEST” to shine a light on the incredible South African music scene and sound, while Rouge delivers a universal message: letting go of what impedes personal growth and success.

Stream “GREATEST” below, and keep a lookout for the full release of Harsh Reality on July 30th!

And if you’re looking for new music, keep up with our weekly Spotify Playlist, Fresh Hunts, or follow us on Twitch. Whether it’s the newest drops from Jon Casey, Rouge, all your other favorite artists, some old school, or underground—we just want you to hear it.