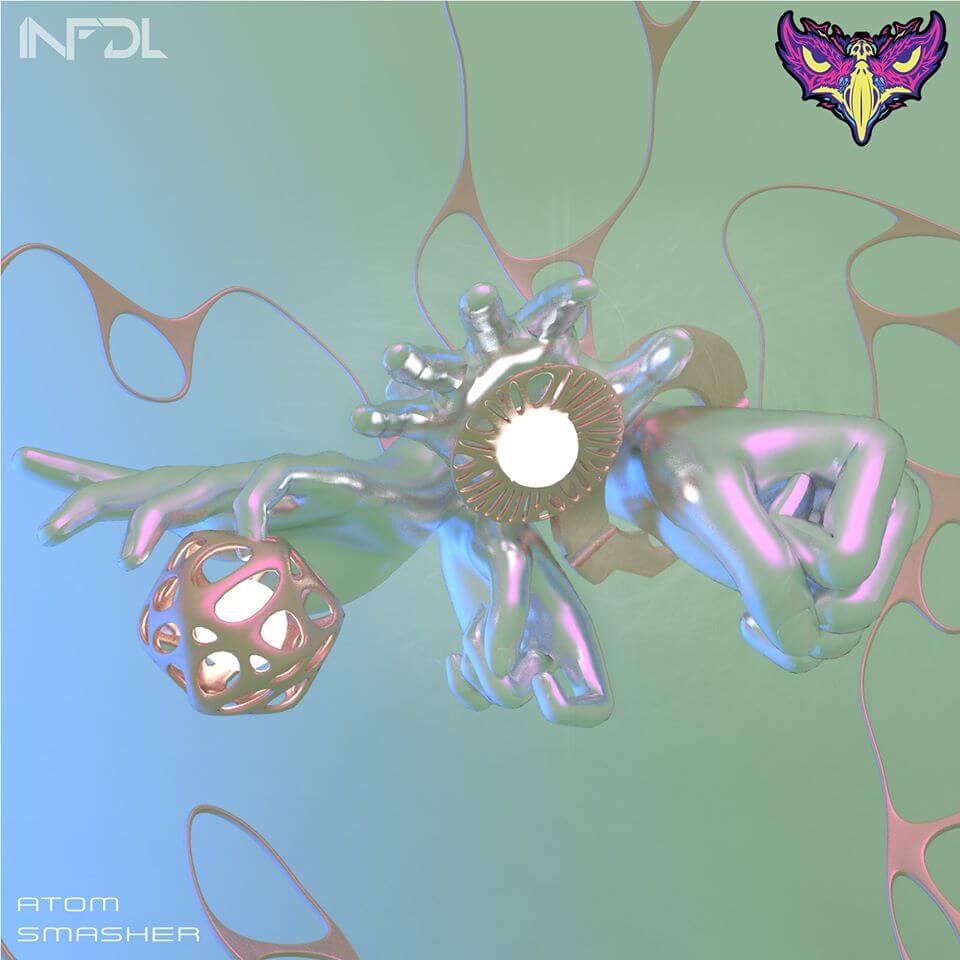 INFDL EP ‘Atom Smasher’ Will Ignite Your Subs with Bass

By Connor KosnikApril 3, 2020No Comments

Gravity, disorder, acceleration, and decay all smash together to create a chaotic and exhilarating soundscape on Atom Smasher; the brand new EP from INFDL and Electric Hawk Records.

For the past 6+ years, INFDL (pronounced Infidel) has been making a name for himself in the Denver underground bass scene. His unique sound pulls from a fusion of DnB, dubstep, trance, and early metal/rock influences. From those roots, INFDL takes us on a mind-bending ride through Atom Smasher where energies and sounds of the universe collide.

I named the EP Atom Smasher because particle accelerators can smash atoms at near the speed of light… The heavy dubstep drops and alarming leads create the scene of a failing particle accelerator that is about to explode and lends to the feeling of uncertainty and angst… or chaos.

Each word encapsulates the cacophony of experiences within Atom Smasher as you listen track by track. The namesake of the album, “Atom Smasher,” kicks off the EP with booming drops and textured sirens that make you question the order of reality. Next up, “Brick” hits exactly like it sounds with its heavy sub-soaked bass that will shake the ground beneath you.

That same tension and weight explodes in “Night Runner” with intense saw waves and spacial atmospheres that slice through with head-banging force. And “Sentinel” brings it all to a powerful close with some ineffable 😉, experimental bass that leaves you excited for more.

A Force To Watch

With Atom Smasher, INFDL cements himself as a name to watch in todays evolving bass scene. And we’re ecstatic to see what’s next for the Denver native.

So go grab your best pashmina and get ready for some neck breaking noise. Chaos has never sounded so good.