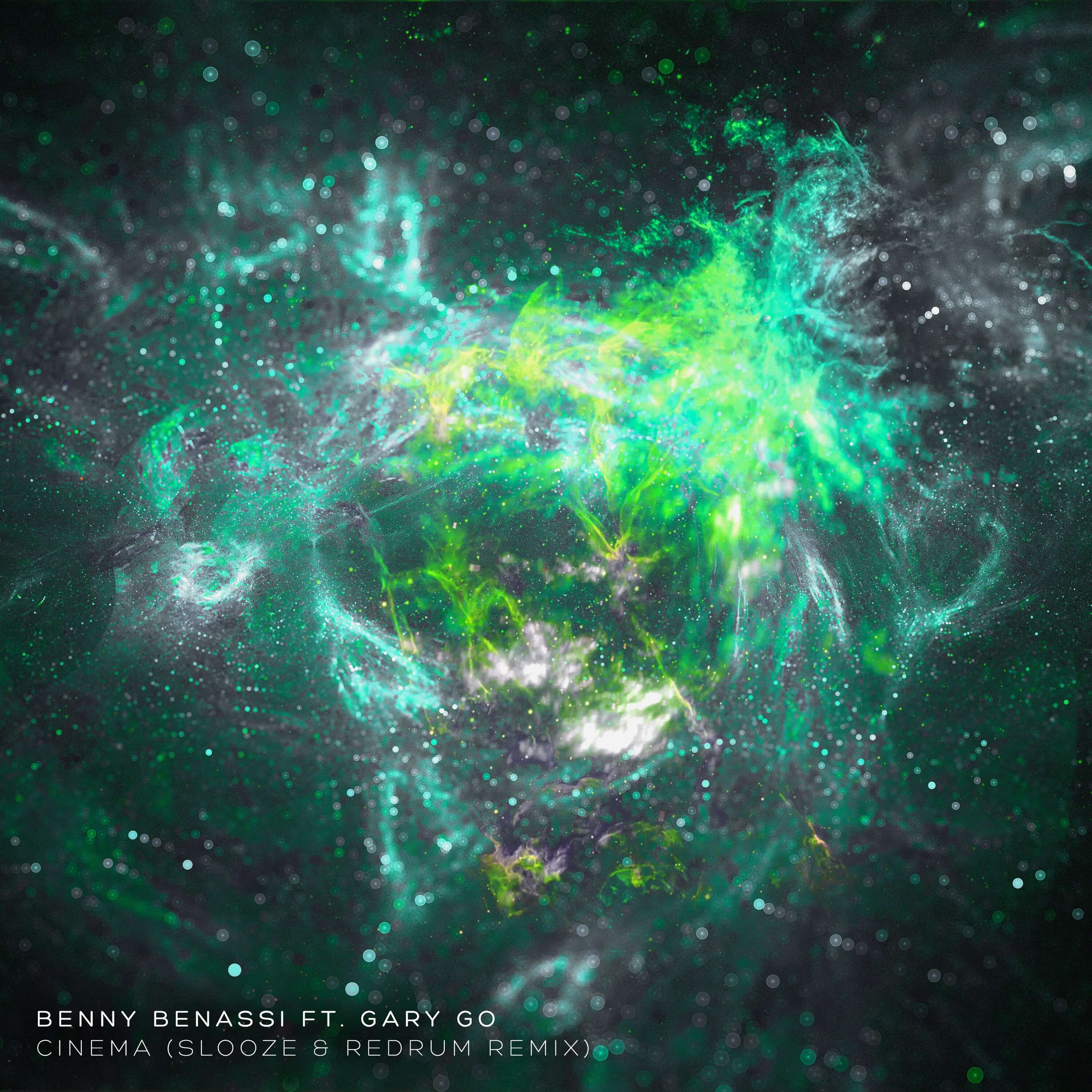 Slooze and REDRUM took a risk with their latest track, a remix of the dance music classic “Cinema” by Benny Benassi ft. Gary Go. When they first announced this was coming out, I was both excited and wary because while both producers have had solid releases lately, “Cinema” has been one of my favorite tracks for the past decade. I hoped that they would do it justice. They did. Their remix has a powerful sound and takes the listener on a sonic journey.

Overlaid onto the original vocals, the opening sequence creates an interstellar ambiance that continues well into the first drop. The listener has a floating sensation right until the cavalcade of drums takes their breath away. While the original “Cinema” by Italian producer Benny Benassi is an electro-house anthem made for the club, Slooze and REDRUM have modernized it into a midtempo heater. The artists’ style are evident in the track, both separately and together. Because of this, their sounds coalesce into a tune that is hard-hitting, yet smooth.

Cinema was one of the first songs I heard when I was first getting into the music scene, it holds a lot of nostalgia for me and being able to combine our sounds and styles and bring a new take to the track was really special for me especially on such a huge song.

REDRUM was raised a classically-trained flautist from an early age and now has been producing and DJing for the past two years. Recently, she unveiled flips of tracks by both Blanke and Rezz. She is definitely an artist to keep an eye on for the rest of 2020.

With the Skrillex remix of Cinema being one of the first songs that got me into electronic music, I really wanted to wait until I refined my sound before trying my hand at a remix of it because I wanted to be able to do it justice.  Working with Redrum was a blast and I’m so happy with how we were able to let both of our styles shine through and compliment one another!

2019 was a big year for Slooze. He made his show debut on two dates of Ghastly’s Haunted House tour and his festival debut at Escapade Music Festival, in Ottawa, Ontario. He has built a solid catalog full of originals and remixes, as well as a collaboration with 1788-L. This first release of his for 2020 is surely a signifier of plenty more to come this year.

And if you’re looking for a solid playlist to follow? Keep up with our weekly Spotify Playlist, Fresh Hunts. Whether it’s the newest drops from Slooze or REDRUM and all your other favorite artists, some old school, or underground—we just want you to hear it.