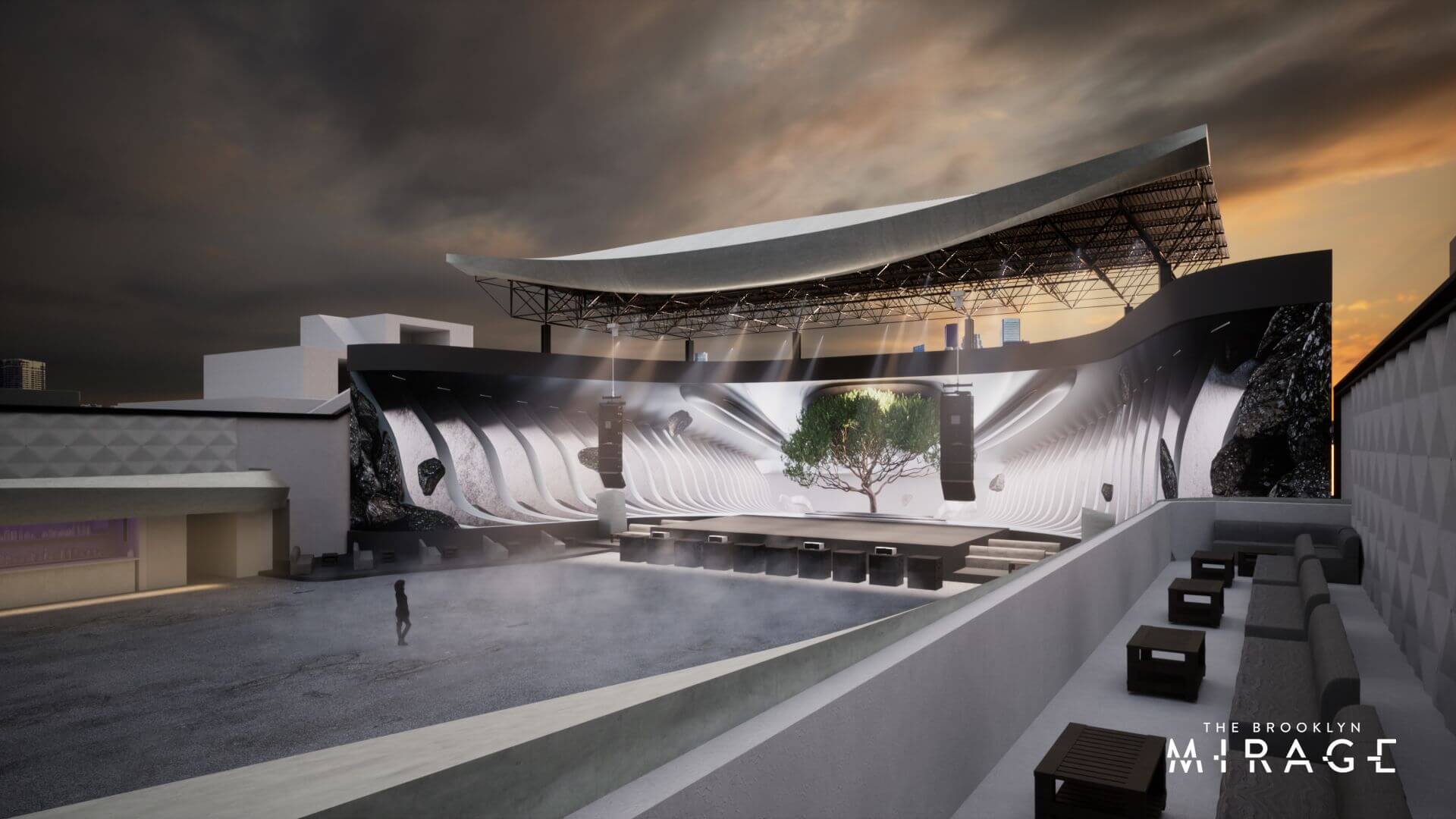 By Christian RamirezMay 12, 2022No Comments

It’s common knowledge that the Brooklyn Mirage IS New York’s best live music venue. There, we said it and we stand by our word. If you’ve ever been you know just how immersive this unique music venue is, and to everyone’s surprise, they have surpassed their own limits. Bravo!

Falling under the parent umbrella of Avant Gardner events, The Brooklyn Mirage is an oasis hidden in New York. Being an open-air sanctuary, the Mirage is truly an optical illusion that only shows itself in the summer light. Featuring a large courtyard and decorated in plants, it is truly a spectacle to experience, with some of the best Audio-Visual capabilities.

Disappearing over the winter season, Brooklyn Mirage has returned in a brand new light.

When reminiscing over the columns stationed throughout the “pit,” many have either fallen victim to the choke points when entering/leaving the crowd. If that didn’t get you, the columns would get in the way of many trying to see the show. However once we all saw the post about a new re-design, we were all left GAGGING and can’t wait to return to our new york summer home.

Brooklyn Mirage provides elevated viewing along the entire perimeter of the courtyard. If being in the pit isn’t quite your thing, no worries, you’ll have a great view no matter where you’re standing. Other new additions include improved food & beverage options (including vegan choices) and expanded VIP & table service throughout the entire venue.

This feat of ingenuity is a collaboration between Billy Bildstein (Avant Gardner’s founder) and the new multi-media studio Conveyor. The new design features one of the world’s largest outdoor video walls at 200 feet in length and 30 feet high. Displaying over 1000 LED panels at 15K ultra-wide resolution, the roughly 30 million pixels will allow for film-grade visual effects. A truly one-of-a-kind immersive experience. Our mouths are on the floor.

“The Mirage was always meant to adapt and change, to appear and to disappear. Every new generation of the Mirage innovates with new custom methods of building modular structures, as well as with non-traditional use of the latest multi-media and entertainment technology available. This year we’re introducing the third generation of our Mirage concept and while it will bring a lot of improvements and upgrades, and will set new standards on many levels, we found a way to keep the soul of the last generations alive.”

The opening weekend kicked off with a stacked lineup of events!

May 6th was the opening weekend, kicking it off with a 2-night spectacle, the Swedish legend, Alesso rocks Brooklyn and breaks in the new stage. Followed by the CityFox: Regenerate experience which features Dixon, The Martinez Brothers, Ida Engberg. Stephan Bodzin, + more. Then finally ending an iconic weekend with the 25th anniversary of Body & Soul, Mirage’s first-ever ALL-ages event.

This summer belongs to the Mirage, and with it comes a plethora of top-tier musical acts! Undoubtedly, this remodel is also a revitalization of a true gem in Brooklyn. The continued success of the Brooklyn Mirage is imminent.

Which event will we see you at? Check out the calendar below and let us know!