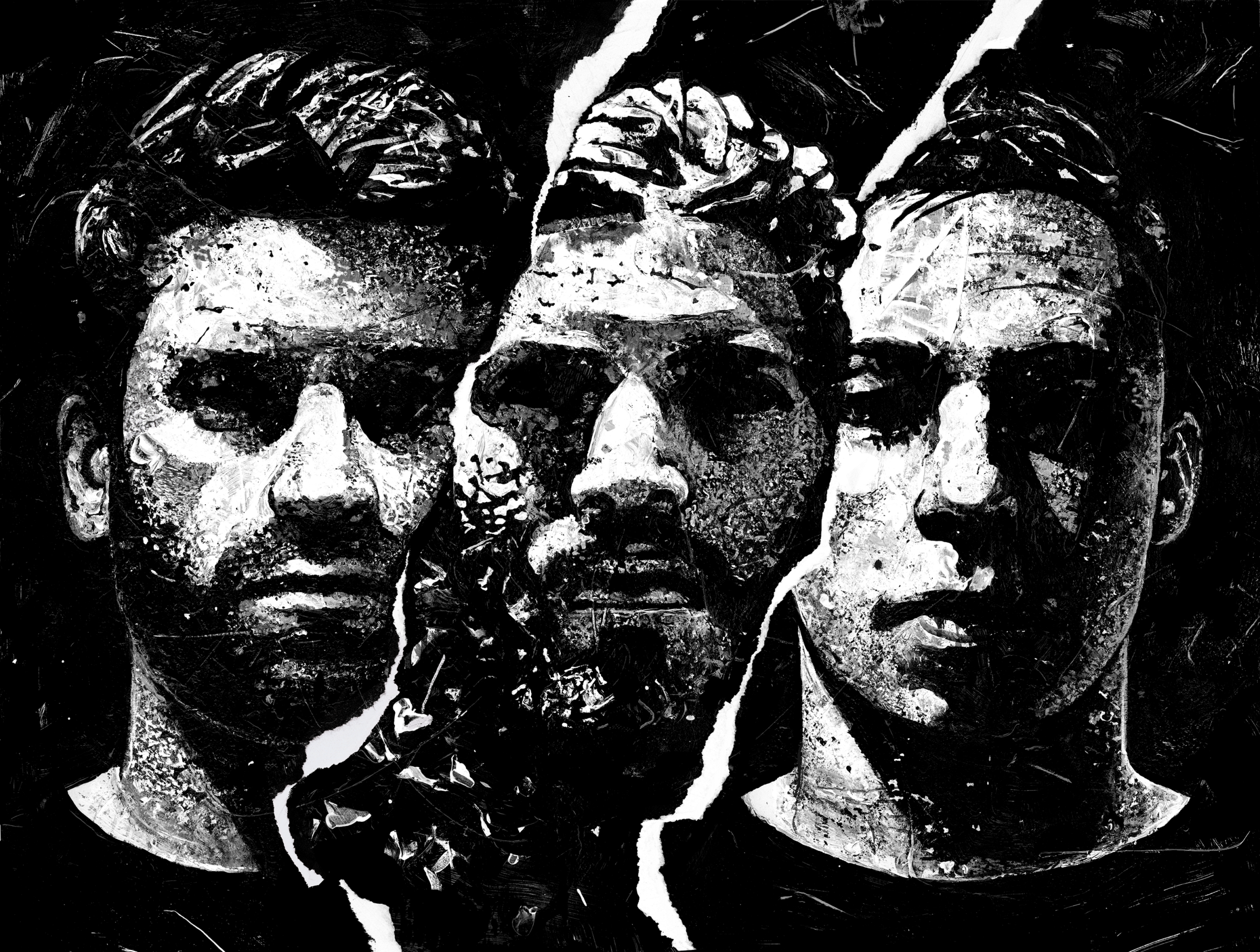 April 27 saw a seemingly out of nowhere announcement of a new project by ODESZA and Golden Features. The following day, the trio – called BRONSON – delivered the first two tracks from their forthcoming self-titled album. Cue: extreme excitement, mild panic, shaky legs, and maybe some pee.

“HEART ATTACK” and “VAULTS” show an exceptional balance and range of sound from the Foreign Family Collective artists.

The two tracks by BRONSON are vastly unique, yet as complementary as bread and butter.

“Heart Attack” is a light and danceable house tune with raspy and grounding vocals by lau.ra. It has the dark rhythmic beauty of a Golden Features track along with some bright ODESZA influences, including a quiet shoutout to their classic horn section in the last minute of the tune.

“Vaults” is the night to the day of “Heart Attack.” With driving percussion and dark melodies, “Vaults” is teeming with tangible energy. Its edgy sound, distorted basslines, and syncopated beats keep you on your toes for the full four minutes.

The self-titled BRONSON album is expected July 17. Until then we will have these two tracks on repeat… for several hours at a time.

BRONSON has been a mystery for some time now. Exactly how long has this been in the works?

Flashback to Sundara: It’s March 13, 2019, the first day of the festival. During the welcome party, there is a surprise B2B. Who is it? None other than Golden Features and ODESZA.

With a join date of March 2019, we know that the @WEAREBRONSON Twitter has actually been around since around the same time as Sundara. These men are incredibly methodical.

On March 25, 2020, ODESZA released their twelfth NO.SLEEP mix. After waiting over 18 months since NO.SLEEP 11 and more than two years since their last album, ODESZA fans everywhere were hoping for new music. At the 25:10 mark, the live YouTube chat all but combusted with comments – could it be?

Nearly a month later, deep house magician Lane 8 played a mysterious track called “VAULTS” in one of his livestreams. Even he was unaware of the new project to be announced just days later.

Finally, at 11:00 AM Central on April 28, we all got a taste of the excitement Blathers feels when you bring him a new fossil. “Heart Attack” was premiered on Apple’s Beats1 radio as well as YouTube, and released on all streaming platforms at the same time.

For your own health and well being, listen to “Heart Attack / Vaults” here:

Interested in learning more? Ninja Tune compiled an incredible biography on BRONSON, including the story behind how the trio came to be and the inspiration behind the new project. Read it here.

And if you’re looking for a solid playlist to follow? Keep up with our weekly Spotify Playlist, Fresh Hunts. Whether it’s the newest music from BRONSON, all your other favorite artists, some old school, or underground—we just want you to hear it.