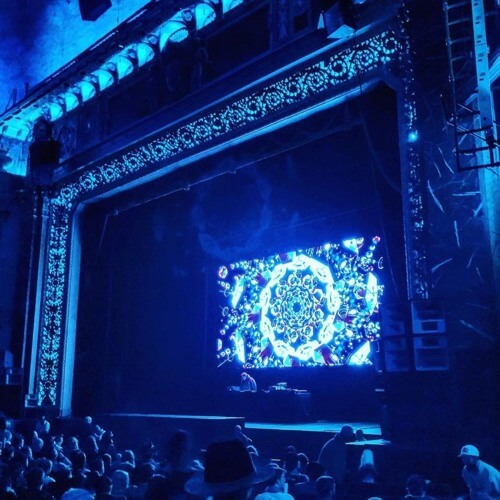 Take a trip into another dimension with Benji Robot by reliving his set from this year’s Tipper and Friends in New Orleans. The brilliant producer has been turning heads with his tracks that can only be described as creative masterpieces. It hasn’t gone unnoticed either, especially by the legendary Tipper. Benji Robot received a highly coveted invitation to open for the Godfather at the first Tipper & Friends event of the year. The annual party kicked off the first of many journies across the country starting in NOLA. And from what we heard, it got reaaallll weird.

Lets first introduce Benji Roman, the producer hailing from Michigan. To describe him as one genre would be extremely limiting. Benji Robot touches on a multitude of sounds and genres that could range anywhere from heavy, dubstep to soothing downtempo. He combines the effects of psychedelia with eccentric basslines to create immersive tracks that will leave you in a hallucinogenic state. Sometimes it gets deep, dark and mysterious while other tracks will have you floating through the cosmos as the producer toys with your mind.

Teaming up with visual artist DRO1D, the two had the daunting task of opening for the mastermind Tipper. Boy, did they show up. They left fans with a set that had them drooling for more. Bringing the downtempo vibes, Benji Robot took listeners on an interdimensional journey. Intertwining his narrative on existential exploration throughout the set, had fans pondering about way more than just the music. Not to mention the consciousness-expanding visuals. Elevating the set even further, Benji Robot decides to casually drop 9 unreleased tracks throughout the set. We are still unsure how fans made it out with their brains in one piece. Must of been a lovely cleanup for the theater crew.

Stream the mix below and prepare for a perception-altering experience. Be sure to keep it locked on Benji Robot’s socials for news about his upcoming project. We here are anxiously awaiting his debut album, Sedona, which is scheduled to drop on February 2nd.

And if you’re looking for a solid playlist to follow? Keep up with our weekly Spotify Playlist, Fresh Hunts. Whether it’s the newest drops from Benji Robot and all your other favorite artists, some old school, or underground—we just want you to hear it.