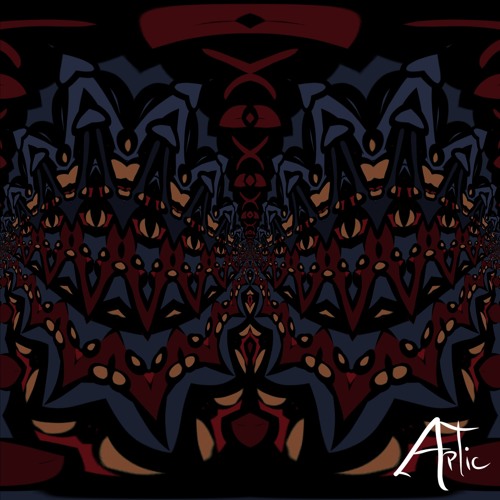 Aptic Makes A Huge Splash with his Debut Single

The Atlanta based producer, Bobby Wagner, is well-positioned to make a splash in the underground bass scene. Known by his moniker, Aptic, Bobby describes his music as aggressive neuro sounds combined with tasteful melodies over swung hip hop rhythms.

Citing some of his influences as Jade Cicada, Ivy Lab & Slug Wife’s Seppa, their impacts on his production are very recognizable. All the wonkiness of a Jade track, hip-hop drums from Ivy Lab and some of that UK Neurofunk from no other than Seppa.

His debut single, ‘Nebulous‘, takes you on a trip through his galaxy with a menacing glitch-hop tune. The track draws heavy influences from the dark UK neuro-bass sound. The song begins over a very hip-hop-inspired 808 beat. This builds up and collapses into a gnarly broken drum beat pattern. Some trippy vocal chops glitter through the drum arrangements providing you with that psychedelic sensation.

The second drop gets spicy and heavy real quick. Menacing breakdowns will have you dazed yet so fascinated. He fades out the tune with some killer drum and bass influenced breaks. Overall, an extremely convincing debut track from the Atlanta native.  Also, we wanted to quickly shout out Sieg Mattel on the visuals for this track. Peep the stellar artwork and visuals below.

Expect Aptic to make some waves this summer. We can imagine he’ll be doing some late-night takeovers at a few festivals this summer. Keep it tuned in to his socials to find out when Aptic’s next show is! Stream the producer’s new single below.

And if you’re looking for a solid playlist to follow, keep up with our weekly Spotify Playlist, Fresh Hunts. Whether it’s the newest hits from Aptic, your other favorite artists, some old school, or underground—we want you to hear it.