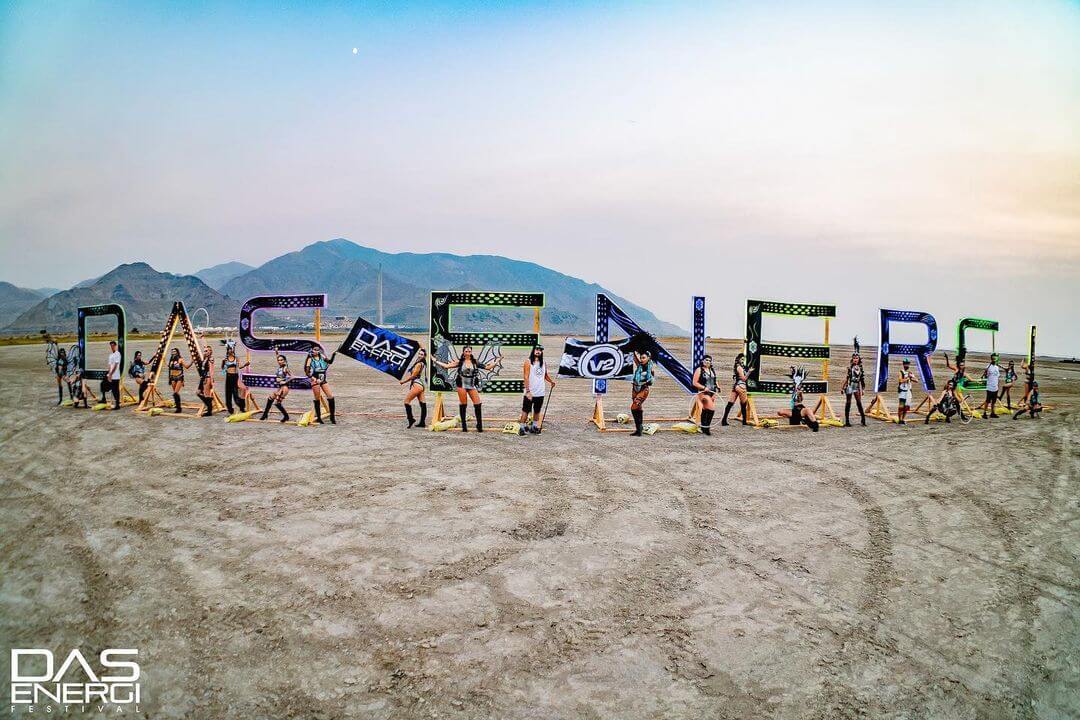 Salt Lake City’s V2Presents recently announced not only one, but two upcoming events to look forward to later this year. V2 wastes no time getting ready for things shows to come back. The Das Energi Music Festival 2021 Headliners are announced with a returning favorite, Kaskade. Next, the fresh face of Illenium, who we have only seen here in SLC very recently, and only once.

A week or so later, a brand new event called Get Funky in SLC was announced. Considering that the SLC music scene has always been dubstep heavy, the fact that V2Presents curated a line up with such a refreshing house sound as their very first event back is a bold and welcomed change of pace. We hope to see this change continue, and have high hopes for the Das Energi 2021 lineup.

It would be awesome to see OBAŸASHI on another one of V2’s lineups. Our local scene is massive, and sometimes local artists get overlooked when it comes to V2’s huge events. Going forward, it would be so awesome to see artists like OBAŸASHI from Blaq Void get more of the credibility that the underground already knows she deserves. Her set at Get Lucky 2019 absolutely knocked it out of the park, and it is with no doubts that we hope she ends up on this years lineup.

Given 3 words to describe the Salt Lake electronic scene, the only acceptable option is Bass, Bass, and more Bass. Mersiv with his undeniable skill and special sound are a favorite of the EH team, and we know we are not alone. After the year Mersiv has had, this man and his career are relentless, and we crave that type of thing here in Salt Lake.

Redrum is everything. Watching her progression through the music scene during the pandemic has been inspiring and encouraging. Rezz has always been a local favorite, and the scene here loves that type of scary and gritty bass. Redrum has such a fresh and unique take on exactly that, she would absolutely kill it here. She is the lady that the Salt Lake electronic scene doesn’t know it needs.

Considering that Salt Lake City was found to be the 7th gayest city in the United States, there are so many here that haven’t connected with Wreckno’s music, and yet would have their jaws (and their asses) on the ground if given the chance. Wreckno is a gem that deserves to shine bright like a diamond on stage at the Great Saltair, heading back to a set full of bops like Wreckno makes is important for healing after the year we have had.

Now we know that Lane 8 already played at the last Das Energi Festival, but come on man. Seeing his Brightest Lights tour get cancelled was a major blow, and he definitely has a spot in the hearts of SLC should he come back for this next Das Energi.

Hey, remember that time G Jones played into TroyBoi followed by Zeds Dead? That was truly one of the best parts of the previous Das, maybe even one of the best moments of Das Energi from the past few years even. Although, as a Deadbeats takeover stage that is to be expected. Now if V2Presents would hop on board and simply book TroyBoi themselves, we would have everything our little hearts desired.

I think that deep, slow bass sound that has swept the scene online, has yet to sweep the SLC event scene. But we’re fairly sure CloZee is the best way to introduce that experience to the community here. A woman that has truly had a career go nowhere but up since it began deserves a huge spotlight on anything she does… here’s to hoping one of those blacked out dates on CloZee’s tour is Das Energi 2021.

In general, Buku does not get the appreciation he deserves. Buku is someone who has been making music in the industry since 2013. His mastery of music and understanding of his own creativity has created a career to be truly proud of. To see another Buku set at the Saltair would be an honor.

Often times the headliners for V2 events are the bass and dance artists at the top. To see someone like Griz take a high spot in the Das Energi event lineup would be a welcomed genre mix up, making sure to expand the types of music we would get to experience. He played here in SLC in 2019. While getting to see him here was awesome, he definitely deserves a larger stage to rock out on.

And if you’re looking for new music, keep up with our weekly Spotify Playlist, Fresh Hunts or follow us on Twitch. Whether it’s the newest drops from your other favorite artists, some old school, or underground—we just want you to hear it.